Astronomer at U. Florida Calls Racial and Gender Diversity ‘Nonsense’

Astronomer at U. Florida Calls Racial and Gender Diversity ‘Nonsense’ 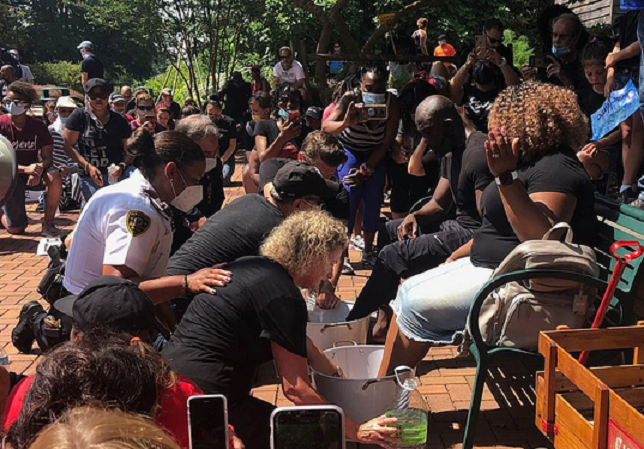 The mob is going to coming for him.

On June 10, as thousands of researchers across the world stopped work to protest racism in science, a University of Florida astronomy professor railed against calls for greater diversity in the field, telling his department that he didn’t believe systemic racism existed in academia except for the “pernicious” effects that “identity politics” has on admissions and hiring.

The professor emeritus, Haywood Smith, who is white, wrote in an email to students and faculty that he could not “recall ever seeing any systemic pattern of discrimination against blacks.” And he likened the ongoing protests against racial injustice to “street mobs like the ones from the time of the Weimar Republic,” the German government that preceded the Nazi regime.

“[N]on-blacks in this country are supposed to have Communist-style sessions where we put on sackcloth and ashes for our sin of ‘white privilege’ and grovel,” he wrote, adding: “Well, count me out.”

Smith’s message stirred anger within the department at the same time that similar messages were circulating inside the astronomy department of another university, Yale. As BuzzFeed News reported last week, retired professors there questioned on a mailing list whether systemic racism existed in their department because they’d hired one Black administrative employee 35 years ago.

The conflicts reflect a stark diversity problem within the field of astronomy at large. A 2018 survey of the American Astronomical Society — which includes undergraduates, graduate students, faculty members, and retired astronomers — found that 82% of members identified as white and only 2% as Black or African American.

Ah, diversity (i.e. color judgments) and exclusion, not limited to race and sex, where both are low information attributes in general, but the latter, sex: male and female, is the foundation of life. #ContextMatters #PrinciplesMatter #BabyLivesMatter #Reconcile

You can’t fudge science exams. You know the answer or you don’t.

Statistically, Black people do not choose the Sciences or Engineer fields, both of which are based on facts and proven theories incorporating math, again a field of exactness.

Though the short answer is more to your posting; “You know the answer or you don’t.”

Last year a NYT reporter had an article on the paucity of black math professors. She found out that of the top 50 research universities, blacks comprised only 0.7% of tenured faculty. The reporter concluded that blacks were being excluded from the math professoriate, or some such verb. A commenter pointed out that an article from the Journal of Blacks in Higher Education informed us that in 2005, blacks comprised 0.7% of those getting 750 or above on the Math SAT.

The competence of the NYT reporter- an American Studies graduate from Univ Michigan- in being able to find information is in question, as that JBJE article has been online since 2006.

In terms of technical requirements for entry, astronomy is relatively easy. The math is not especially advanced as long as you let the computers handle the general relativity dependent stuff, for which there are now canned programs. There are people who spend time just looking at maps of stars and stuff.

Seems it’s the next field to be diversified.

Yes, but does he think Pluto is a planet?

Emeriti and retirees are in better positions than most to survive criticism of groupthink.

The conflicts reflect a stark diversity problem within the field of astronomy at large. A 2018 survey of the American Astronomical Society — which includes undergraduates, graduate students, faculty members, and retired astronomers — found that 82% of members identified as white and only 2% as Black or African American.

And why is this a problem?

A new Star swims into view – but right beside a Massive Black Hole..

I remember some clown in Texas back in the ’90s (I think) complaining that “black hole” is racist. Back then everyone laughed at him. Today…

Why are we trying to force the round peg into the square hole.
If a black student does not have an interest Astronomy do we force them to pursue that degree and to what end? My wife is the Director of a Physicians Assistant Program, she says her students that are pre-med majors do great but the kids who took the pre-requisites but were other than science majors really struggle. They ask for all kind on concessions, they cannot write a paper or think critically. Education is becoming a disaster except for the sciences. It’s a shame.