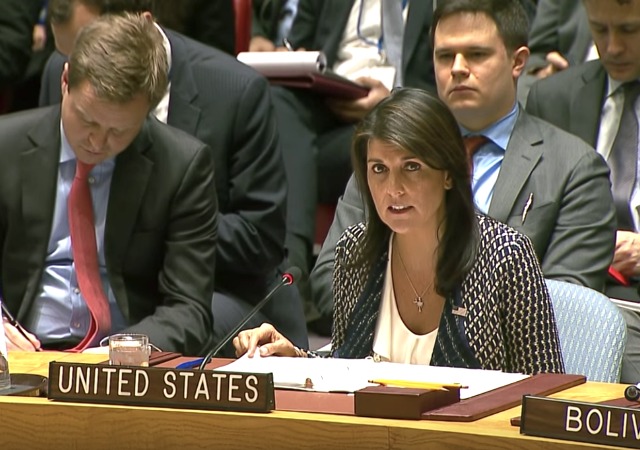 This is an outstanding idea. There hasn’t been nearly enough transparency on this.

Former U.S Ambassador to the United Nations Nikki Haley has proposed requiring American colleges and universities to disclose all Chinese Communist government funding of professors and researchers, according to a petition drive sponsored by Haley’s political organization, Stand for America.

At a site called “Stop Communist China,” Stand for America urges visitors to sign a petition to “stop the Chinese Communist government’s deception and manipulation.”

Haley’s proposal comes at a time when the U.S. Department of Education is investigating a number of schools, including Harvard University and Yale University, for underreporting contributions made to them by Chinese sources.

Haley’s position contrasts sharply with congressional Democrats, who have rebuffed Republican efforts to investigate financial ties between China and American universities. In the past several weeks, at least three American academics have been arrested or pleaded guilty to hiding their financial ties to the Chinese government.

At the same time, a number of schools under investigation by the Department of Education are attempting to block Congress from seeing their financial records.

They should also disclose Middle Eastern funding. The Saudis are funding US universities big-time.

I’d go well beyond this. All foreign funding sources should be listed, in sufficient detail so that such funds can be tracked by any interested party. There should be no secrecy whatsoever in the receipt of foreign funds —

Remind me, what is it that Nikki Haley does for a living? As well as I can recall, she is no longer a governor, nor an ambassador. She is attractive. Maybe she could run for some elected office and obtain access to authority.

While they’re at it, I’d think it would be worthwhile to examine transactions involving the really yuuge donors to the Clinton International Slush Fund. As I recall, when Hillary! was SecState, Saudi Arabia, Yemen, Germany, Britain, Norway were paying big bucks, and they were paying it for something. I don’t recall that China was heavily involved, but I imagine the Chinese had already established far less obvious dodges for sloshing payola around.