The primary will take place in June. 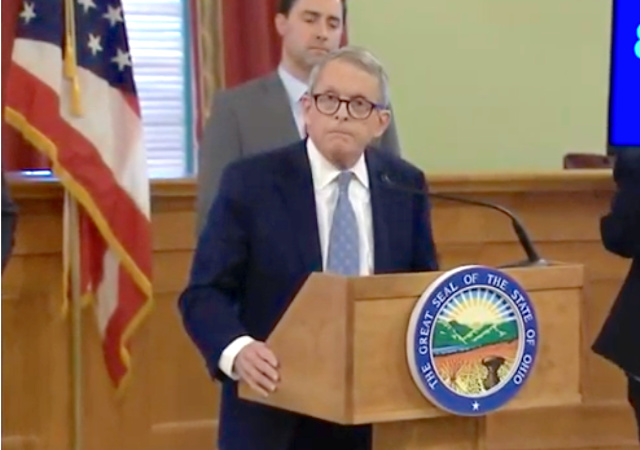 Ohio Gov. Mike DeWine ordered polls to close due to health concerns over the coronavirus.

During this time when we face an unprecedented public health crisis, to conduct an election tomorrow would force poll workers and voters to place themselves at an unacceptable health risk of contracting coronavirus.

As such, @DrAmyActon will order the polls closed as a health emergency. While the polls will be closed tomorrow, Secretary of State @FrankLaRose will seek a remedy through the courts to extend voting options so that every voter who wants to vote will be granted that opportunity.

A candidate in Wood County filed a legal challenge against DeWine’s decision. The Ohio Supreme Court denied the legal challenge early Tuesday morning. Four justices participated but did not issue an opinion.

This decision has no impact “a separate court case in which a Franklin County judge ruled Monday night against the state’s attempt to delay the primary.” Judge Richard denied DeWine’s lawsuit to postpone the primary:

“There are too many factors to balance in this uncharted territory to say that we ought to take it away from the Legislature and elected statewide officials, and throw it to a common pleas court judge in Columbus with 12 hours to go before the election,” Frye added.

“The only thing more important than a free and fair election is the health and safety of Ohioans,” DeWine and LaRose said in a joint statement after the decision. “The Ohio Department of Health and the CDC have advised against anyone gathering in groups larger than 50 people, which will occur if the election goes forward.”

DeWine appealed Frye’s decision and failed. He then turned to Health Department Director Amy Acton to use “her authority to close the polls.”

Health Director Amy Acton declared a health emergency that would prevent the polls from opening out of fear of exposing voters and volunteer poll workers to the virus.

“It was not going to be possible to conduct an election in a way that was going to be safe for Ohioans,” Secretary of State Frank LaRose said.

“We’re going to make sure that we have a fair and free election, and also protect the health and safety of Ohioans,” he continued.

LaRose said the primary will be moved to June 2 and voting by mail will continue until then.

Maybe by June Joe will have gaffed himself out. Good for Bernie.

You think he’ll live that long?

Actually his ruling was pretty conservative. Boiled down to “The legislation, not the courts set the election schedule. They’ve known about this crap and didn’t convene an emergency session. DeWhine didn’t request one either. It’s not the place of the courts to stop it.”

Can somebody go over and give Judge Richard Frye a case of Conoravirus.

I have a very liberal friend in Ohio. You could google her name and come up with hits. Anyway, she is very impressed with Gov. DeWine and his response; and she is surprised by this 😀

So, Trump has the green light to ignore the courts now? Cool. And I thought the robed sages had the final say.

a. Trump has nothing to do with it.
b. Who’s ignoring the court? The judge said you can’t postpone the election, so they’re not. But the polls will not open. He didn’t order them to open, and if he tries he will be slapped down so hard it will hurt.

Will the Bernie Bros lose interest and wander away or will Biden gaffe himself out of contention?

My first thought is that Bernie benefits. Had things gone to DNC plan, the fight -between Democrats- would have ended, and Biden could have exited the public stage for a well-needed rest from the public eye while all his surrogates focused on attacking Trump. Given the delay of the primaries Biden is forced to remain in view, unless Bernie suffers another heart attack or the like.

This leads me to another question – if either of the candidates comes down with the Corona Virus will it adversely impact his campaign?

This virus seems to be manufactured to target a specific demographic. Old, immunocompromise or both. Contagious enough that the non-targeted demographic has to quarantine to protect those at risk. Our msm has hyped it to zombie apocalypse levels. How much influence has China bought regarding our msm? Our entertainment industry? Previous political administrations? Various politicians and government officials? If someone were to write a script on how to conduct a propaganda war to wreck the US economy and influence a US election, this would be it.

I heard earlier today that the Wuhan Virus is a Jewish conspiracy. An actress said so, so it likely is true.

Well, here in Illinois, we went ahead and had our primary today.

So I guess the entire state will be dead in a month or two. Been nice knowing you guys.

I voted in Chicago. I was astonished at the difference between how well-prepared the official announcements said the voting system was and actuality. Don’t get me wrong, as usual it was clean and well-ordered, but there were no extraordinary safeguards. The nice, mostly older, judges were completely unprotected by sanitizers, masks, or gloves.

I have lived here long enough that I should know the difference between pravda and reality, but even so….

Heh, it wouldn’t feed properly. I had to take my ballot out of the envelope and hand-feed it. Looked pretty slick, otherwise.

I am deploying tomorrow and was going to go vote this morning. Found out early that the election was postponed. I figured early voting would still be happening so I drove to the county board of elections. Early voting was turned off yesterday afternoon. They gave me an absentee request form and said to mail it in for a ballot.

Stay safe. We were trying to figure out what the hell was going on too.