Action follows automakers switching gears to side with Trump against California lawsuit. 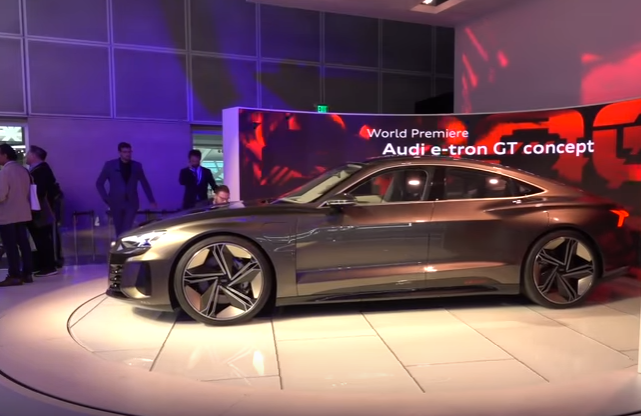 I have often noted that perhaps the single greatest threat to California’s prosperity is the California Air Resources Board (CARB) and its capitalism-crushing rules based on hoax science and pet theories.

Three weeks ago, several automakers switched gears and are now siding with the Trump administration, which intends to nix the adoption of stringent and ridiculous emission starts originally established by California and later affirmed by Team Obama.

General Motors, Fiat Chrysler, Toyota, and many others in the auto industry are siding with the Trump administration in a lawsuit over whether California has the right to set its own greenhouse gas emissions and fuel economy standards.

The three companies, plus a trade association called the Association of Global Automakers, said Monday they plan to intervene in a lawsuit filed by the Environmental Defense Fund against the administration, which is planning to roll back national pollution and gas mileage standards enacted under the Obama administration.

In the past, most of the industry had taken the stance that it wanted one standard, and it preferred that California and the Trump administration work out differences to develop it. Negotiations haven’t gone anywhere, and in September, President Donald Trump announced his administration would seek to revoke California’s congressionally granted authority to set standards that are stricter than those issued by federal regulators.

The automakers decided to intervene in the lawsuit over the issue of California’s right to set standards. By intervening, the automakers changed their stance to siding with the Trump administration against the state. The automakers’ group, called the “Coalition for Sustainable Automotive Regulation,” also includes Nissan, Hyundai, Kia, Isuzu, Maserati, McLaren, Aston-Martin, and Ferrari.

Subsequently, California’s government announced it will halt all purchases of new vehicles from the automakers that backed the White House’s decision to strip the state of its power to regulate tailpipe emissions.

The California government will bar all state agencies from purchasing any further vehicles from these companies, the New York Times reported. The ban won’t apply to public-safety vehicles.

“Carmakers that have chosen to be on the wrong side of history will be on the losing end of California’s buying power,” Gov. Newsom said in an official statement on Monday, according to the New York Times.

…A General Motors spokeswoman told the New York Times the ban would make it difficult for California to meet its environmental goals. She said California is reducing its choices for “affordable, American-made electric vehicles.”

Now, CARB members have announced they are boycotting the Los Angeles Auto Show.

“For the first time in more than 50 years the California Air Resources Board will not be attending the LA Auto Show. Each year, top CARB officials have taken a company-by-company tour led by the Global Automakers and the Alliance of Automobile Manufacturers to see new vehicles and meet with company executives. This year CARB will not take that annual tour,” CARB said in a statement.

“The decision not to attend the LA Auto Show is a direct response to the action taken last month by 15 automakers, including GM and Toyota, and the National Automobile Dealers Association, to side with the Trump administration in its effort to eviscerate California’s authority under the Clean Air Act to set its own vehicle emissions standards.”

I suspect the boycotted car manufacturers will be fine. Californians are fleeing the state in increasing numbers, talking their purchasing power and their choice with them. The progressives that remain in the state can enjoy their virtue-signalling, high prices, and loss of the electricity needed to energize their “green” cars.

Since my Dad and Granddad were both loyal union workers at ford, I have always owned and driven Fords. But they’d better reconsider this trek too far down the green road to ruin or I’ll be hearing a different brand engine under the hood.

My favorite pickup truck is a 3/4 ton 4×4 F250 with the 7.3 diesel. It is very reliable, they replaced that engine with a 6.0 which was not reliable, and then a 6.7 which suffers much lower fuel economy. That is why I put up with the rust.

“Carmakers that have chosen to be on the wrong side of history will be on the losing end of California’s buying power,” Gov. Newsom said in an official statement

I note his inability to make a respectable technical or legal argument in favor of his position.

“Wrong side of history” is one of the least aware, most bullying phrases ever.

The auto plants bailed out of California decades ago. Ford from Aan José, Richmond, Pico Rivera. Chrysler from Commerce. GM from South Gate, Can Nuys, Fremont. Toyota from Fremont. Uniroyal from Conmerce.

Californians will buy what they want.

Snubbed the carmakers. No doubt said automakers are crushed. ///
So?
Trump’s decision still stands.
Snub away.

California politicians, do they work at being stupid or does it come naturally to them.

It strikes me that a good 1st response by the 15 affected automakers would be to cancel their appearances at the LA Auto Show Nov. 22-Dec. 1. That would probably have a financial impact on LA.

A good second response would be for those 15 manufacturers to say that there is now a PIA fee of 33% of the retail price added for any vehicle sold in California.

A third level response would be to pull out, dealerships and supply of dealer only parts, to California.

Why would you even have an auto show in LA anymore? CA is out to kill personal transportation. (And, yet, the people who keep voting for these loons are the most car-philic in the nation. WTH is up with that?)

It’ll be a better show without them.

“The California government will bar all state agencies from purchasing any further vehicles from these companies.”

More seriously, this particular quid pro quo may actually violate the constitutional guarantee of a republican form of government and it may also violate the federal law against conspiracy to suppress civil rights.

CA is punishing companies (which are associations of people, many of them U.S. citizens) for taking a political position that CA does not like. Pretty sure that actually IS illegal.

Federal law and the Constitution apply to the government in California? Theoretically perhaps, but in reality????

Yes! What right do they have to use taxpayer funds to intimidate their political rivals?

I swear, the people of this state are asleep at the wheel.

Many of us older , long suffering Californians remember CARB for mandating the additive MTBE in our gasoline for the betterment of our atmosphere. It reduced gas mileage, increased pollution and leaked into our aquifers. Were they on the “ right side of history “ then? Did they apologize to or compensate the Californians that had to suffer their mistake.?
No, of course not , they just came up with more bad schemes.

Mary Nichols, the head of CARB, has been in effect ruling CA for 30 years. Who elected her?

Now CARB claims they had eliminated 90% of black carbon from our air. Isn’t that enough? It’s never enough, not for a National Resources Defense Council attorney like Mary.

The Climate Cult ultimately wants to force us into impractical, expensive and low-range EV’s (err, “nudge” us, to use Cass Sunstein’s PC term describing de facto forcing people to do what Progressives want to do by “choice architecture” — increasingly limiting our choices / freedom while maintaining an illusion of choice / freedom).

That low range will also force people to live in dense urban areas. Where the only “personal” housing will be multifamily. Once a critical mass of density is achieved, even having an EV will be impractical, thus forcing (“nudging”) people on to mass transit. Well, at least “the regular” people.

Part of the “nudge” will be banning of ICE vehicles altogether (already on tap in Europe). So after a while during the transition to full dependence on mass transit, peoples’ will be corralled into a “choice architecture” of EV’s or mass transit as their voluntary “choice” for mode of transportation.

That’s why CARB is so upset. The CARB / Obama fuel economy standards are intended to force ICE’s out of production, or at least so expensive and small that EV’s start to look competitive.