“Unsettling SpongeBob and the Legacies of Violence on Bikini Bottom” 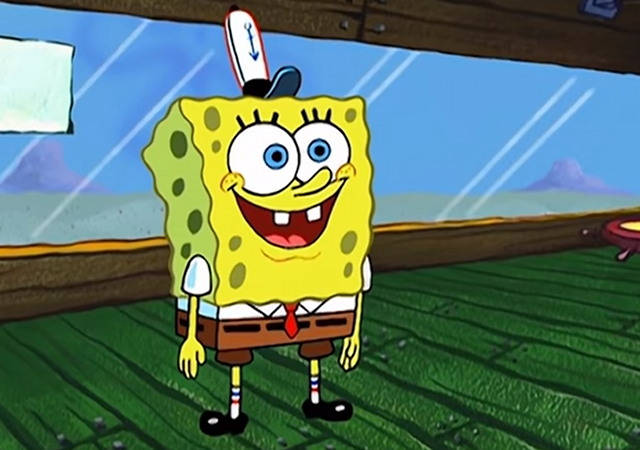 This is not satire. Someone who is paid to teach others actually thought this up and wrote it down.

University of Washington professor Holly Barker published her musings on the yellow sponge cartoon character and his deep-sea pals in an academic journal called The Contemporary Pacific: A Journal of Island Affairs, which features “readable” articles focused on “social, economic, political, ecological, and cultural topics.”

In her article titled “Unsettling SpongeBob and the Legacies of Violence on Bikini Bottom,” Barker’s chief complaint hinges on her perception that the show’s fictional setting of the town of Bikini Bottom is based on the nonfictional Bikini Atoll, a coral reef in the Marshall Islands used by the U.S. military for nuclear testing during the Cold War.

As an “American character,” SpongeBob supposedly has the “privilege” of “not caring about the detonation of nuclear bombs.” In order to demonstrate this, the professor quotes one of the show’s writers, who said that the main character is “a guy who could get super-excited about a napkin but wouldn’t care if there was an explosion outside.”

“The detonations do not cause concern for the characters, as they did for the Bikinians, nor do they compromise SpongeBob’s frequent activities, like visiting hamburger joints or the beach with friends,” writes Barker.

I started to write a response but words fail me. Even stupid people would think this was stupid.

Just write it using Patrick’s voice and it will flow naturally.

poor spongebob has taken a beating over the years