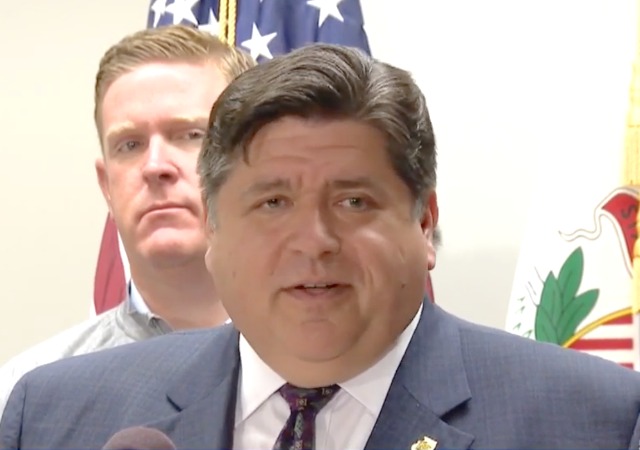 Welcome to my home state of Illinois where you don’t have a real governor unless he (or she) has some kind of investigation under their belt. Looks like the current governor could face his own federal trouble.

Democrat Gov. J.B. Pritzker, his wife, and his brother-in-law have fallen into a federal investigation over the removal of toilets in a mansion in order to receive a property tax break.

You know what I love? The hypocrisy. Pritzker recently proposed a “fair tax,” which will raise income taxes on the rich in order to pay their fair share.

Pritzker is the richest man to become governor of Illinois. You want others to pay their fair share? How about you? I guess he exempts himself from that rule or at least he tries.

This scheme first came out in 2017, but in October 2018, Cook County Inspector General Patrick Blanchard “concluded that more than $330,000 in property tax breaks and refunds that Democratic gubernatorial candidate J.B. Pritzker received on one of his Gold Coast mansions — in part by removing toilets — constituted a ‘scheme to defraud.'”

The Chicago Sun-Times reported in May 2017 that Pritzker purchased the mansion from retired banker Burton Gordon and his wife next to his and purposely allowed it to “fall into despair” and then claim it as “uninhabitable” in order “to win what so far have been nearly $230,000 in property-tax breaks.” Here is more:

Pritzker refurbished the outside of the Federal-style home, where the Gordons raised their family. But the inside has fallen into disrepair. The toilets have been disconnected, and the home has “no functioning bathrooms or kitchen,” according to documents Pritzker’s lawyers filed with the office of Cook County Assessor Joseph Berrios.

Arguing that the smaller mansion is “vacant and uninhabitable,” those lawyers convinced Berrios to slash its assessed value last year from $6.25 million to just under $1.1 million.

That’s allowed Pritzker to get the nearly $230,000 in property-tax breaks and refunds, a Chicago Sun-Times analysis found.

Berrios came to this decision based “on an appraisal done by a company hired by the billionaire, who refused to let the appraisers inside the home out of concerns for the security of his family.”

After an investigation, the watchdog wrote:

Blanchard writes in the report — obtained by the Sun-Times — that the assessor’s office was “the victim of sworn affidavits containing false representations.

“The evidence indicates that the use of these affidavits was part of a scheme for obtaining money by means of false representations and, in executing the scheme, the responsible parties caused checks to be issued by the Cook County Treasurer and delivered by U.S. Mail according to the direction thereon.

WBEZ reported that an unnamed source confirmed the investigation “began last October and remains active,” but “no signs that criminal charges are imminent.”

The report states “Lovely and the governor’s brother-in-law, Thomas J. Muenster, made ‘false representations’ on tax appeal documents.” Muenster called himself “the owner and manager of the mansion.”

Berrios said no federal investigators contacted him. His former top aide Thomas Jaconetty did not “confirm nor deny any interactions with investigators.”

Cook County’s State’s Attorney Kim Foxx’s office did not confirm or deny if the investigation exists. WBEZ pointed out her office spoke about the investigation last fall. Then again, Foxx has enough on her hands with the Jussie Smollett fiasco.

Pritzker told the press that investigators have not contacted his family. He also said that he never knew the probe existed. From The Chicago Tribune:

At an unrelated Chicago news conference, Pritzker said he and his wife had not been contacted by law enforcement and were unaware of any review until WBEZ aired its report.

“Let me be clear that I’m very confident that any review of this matter will show that all the rules were followed,” said Pritzker, who in the past contended the property tax situation was largely a political issue raised by then-Republican Gov. Bruce Rauner’s re-election campaign.

Asked if he was concerned about the matter, Pritzker said: “No concerns at all. As I say … any review of this will show that all the rules were followed.”

The Pritzker’s lawyer Marc Elias, a partner at Perkins Coie, confirmed that law enforcement has not reached out to his clients.

If the property’s worth less, it should be assessed for less. Why it became worth less doesn’t have anything to do with it.

Nobody—not even a Democratic governor—has any obligation to mazimize his tax hit.

False representations are another matter. But merely trying to minimize taxes is no crime.

Berrios came to this decision based “on an appraisal done by a company hired by the billionaire, who refused to let the appraisers inside the home out of concerns for the security of his family.”

That’s on Berrios, not Pritzker. If Berrios won’t let appraisers inside, then he gets no abatement or revaluation. D’uh. But they improperly gave it to him anyway. Cook County needs a competent assessor. (I won’t say “honest assessor”—that gets us into pink unicorn territory.)

It’s been a while, so forgive some looseness in the facts.

Pritzker bought the house next next for scenic purposes. At the time it was completely habitable. He had the toilets removed. The appraiser then designated the house as uninhabitable and significantly reduced the value.

At most the price of the property should have been reduced by the cost to replace the toilets. That’s fraud to me.

Illinois should just move the capital to Joliet, and just lock the most recent governer’s office when they get convicted.

Democrat Juliana Stratton (a black woman) is the lieutenant governor. Given the Democrats’ love for identity politics it would not surprise me if they forced Pritzker out just to put her in. Guilt or innocence will have nothing to do with whether Prizger stays or goes.

God, something stinks in here.

As a fellow Illinois resident, I was getting worried that we had two consecutive governors and no prison time.

Like my Mama always say: “If it’s a Democrat, it’s a crook!”

Pritzker is a really big guy. He eats a lot. He probably needed every one of those removed toilets. More so because he’s a Democrat needing to take a lot of Democraps.

If Barrios is Cook County Assessor, he’s likely a crook too.

Should not surprise anyone. I don’t know how the folk on here feel about state, county, and city government, but as an outsider (from the UK but solid in alignment with LI) … IMHO you have massive government and inefficiency and it just invites corruption. Every state, county, and city has a government with individuals paid at levels they possibly could not earn in regular employment. Here I am talking about a state with maybe 8M, counties with 50k and “cities” with 1-6k people.

Berrios lost his run for re-election. There’s a new assessor now and he actually seems to make good on his pledge to reform the property tax system in Cook County.

Funny, but after Mueller investigation, Trump is the ONLY politician who is squeaky clean!

Wait… an Illinois governor might have broken the law? I haven’t been this shocked since I learned that there was gambling at Rick’s.

I think he just needed more money for food. “Get in ma belly” – Fat B*st*rd.