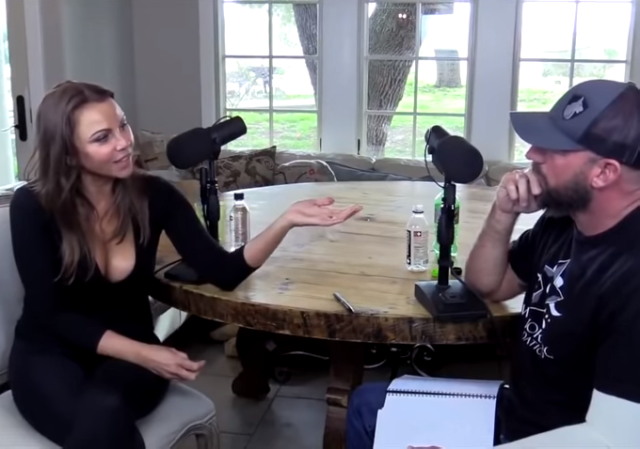 Lara Logan, a former foreign affairs reporter for CBS News and 60 Minutes, just appeared in an interview with author and former Navy SEAL Mike Ritland. She provided a sharp critique of American media which was remarkable in its honesty.

Scott Whitlock of NewsBusters has a transcript:

You say the media is mostly liberal. Do I agree with that? Does everyone listening to that agree with that? What’s the opposition on that? I agree with you. It’s true. Why? Can I say that with certainty? Well, first of all because I’ve been part of this for all my life. I’m 47 now and I’ve been a journalist since I was 17. And the media everywhere is mostly liberal. Not just in the U.S. But in this country, 85 percent of journalists are registered Democrats. So that’s just a fact, right?

No one’s registering Democrats when they are rarely Republican. So the facts are on the side of what you just stated. Most journalists are left or liberal or Democrat or whatever word you want to give it. I always joke about the other 14 percent were too lazy to register and there’s maybe one percent that’s on the right…

How do you know you’re being manipulated? How do you know there’s something not right with the coverage? When they simplify it all [and] there’s no grey. It’s all one way. Well, life isn’t like that. If it doesn’t match real life, it’s probably not. Something’s wrong. For example, all the coverage on Trump all the time is negative. There is nothing — there is no mitigating policy or event or anything that has happened since he was elected that is out there in the media that you can read about. Well that tells you that’s a distortion of the way things go in real life.

So my starting point is if I want to find the truth, where do I begin there and I investigate from that point onwards. It’s got nothing to do with whether I like Trump or I don’t like Trump. Right? Or whether I believe him or identify with him, don’t. Whatever. I don’t even want to have that conversation because I approach that the same way I approach anything. I find that is not a popular way to work in the media today because although the media has always been historically left-leaning, we’ve abandoned our pretense or at least the effort to be objective today…

Well, that’s not our job. That’s a political position. That means we’ve become political activists in a sense. And some could argue, propagandists, right? And there’s some merit to that.

It looks like Logan has not worked for CBS in over a year.

Cheryl K. Chumley of the Washington Times notes that Logan knows what a risk it is to admit this:

But that’s what CBS’s Lara Logan just did.

And it’s not as if she were unaware of the career risks she was taking.

“This interview is professional suicide for me,” she said during an interview with retired Navy SEAL Mike Ritland, Mediaite reported.

Soon to be reported everywhere, no doubt.

The full version of the interview is pretty long but if you have the time, here it is:

The consequences of not being in lockstep with the thought police are small compared to what she has been through.

What has she been through?

Remember the Arab spring in Cairo?

I forgot about that. I just don’t worship people in the public eye so much so I remember events but forget the names off hand. But that was truly a tragedy.

notamemberofanyorganizedpolicital in reply to casualobserver. | February 19, 2019 at 1:56 pm

The Lame-Stream Medias has been that for DECADES!

The full interview, though very long, is worth the time.

She and Mike spend close to 30 min discussing the attack on her in Egypt. She has remarkable strength for being able to talk openly about it.

It is a miracle she survived.

Lara Logan is a remarkable lady in many ways, and that Cairo assault caused permanent damage to her reproductive organs which have lead to ongoing incurable pain and an inability to have any more children. All at the hands of people of the BS religion of peace. She was not just raped, it was severe torture and mutilation of her insides. Reading about what they did to her is sickening.

In my opinion, this type of violation should have been met with death and mayhem. The 100,000 to one rule. People of the world need to understand that severely injuring or killing any of our people will result in a severe response.

The first step is admitting you have a problem. Unfortunately, the current correspondents wish to remain employed.

Admitting to problems is the first step to curing them.

Hillary and the left refuse to admit to their problems, instead they are all Trump’s fault. No cure in sight.

Today the plight of a big chunk of the black community is self inflicted, but blacks blame whites and Trump. Again no cure.

Muslims blindly follow dictates of a barbarian, claiming they have a religion of peace, when in fact it is just as brutal today as 1400 years ago. Even worse than that, is that they murder anyone who might try to reform Islam. There cannot be a cure until they see their own brutality. I suspect that curing the problem is impossible without moving them on to a lasting peace.

Hard to believe the party of science would take issue with something verifiable with “data’ or “facts” such as the party registration of most everyone in the journalism food chain, from management outward.

But here other comments will probably create the “she was never any good” syndrome. People may start coming out of the woodwork to try and convince anyone who needs to hate her that for 47 years she was always a flop. Or something equally not supported by logic and facts.

or, against their own principles, they will start slut shaming her

Already see it in youtube comments of attached video….talking about the “bewbs” and how she had an affair, etc.

Youtube is a riot often. It is really the bottom of the barrel as far as people who make comments overall though. It makes Twitter look like the land of Mensa in my opinion.

A lot of progressives will start less misogynistic attacks in more “open” forums I bet.

me too. course I am a pig….but I see nothing at all wrong with that dress 🙂

Logan should team up with Sharyl Attkisson. Along with Kim Strassel of the Wall Street Journal, Mollie Hemmingway, and, a handful of others, they are the only journalists — of whatever gender — to show some balls in standing up to the water-carrying, Kool-Aid-drinking, self-reverential, Leftist lemming Mainstream Media propagandists.

Kim Strassel is a must read.

Yeah, Kim is great — her dogged reporting in exposing the FBI’s/Obama Administration’s/Hillary operatives’ and media’s lawless and brazen antics in the “Crossfire Hurricane” saga represents the best of contemporary journalism.

Intimidation, Pressure and Humiliation: Inside Trump’s Two-Year War on the Investigations Encircling Him

I could almost see my brain when I saw that one, with my eyes rolled so far back

Love the dress…but not real appropriate to show that much cleavage for profession applications.

How can anyone disagree with me?

John Smith wrote: “not real appropriate to show that much cleavage for profession applications”

I get your point, John. However, I would not object to MORE and more often!

Hey, this interview might be an audition for FOX News or FOX Business Channel.

In all seriousness, mega (and MAGA) kudos to Ms. Logan for not letting her super scary and dreadful experience in Egypt hold her back.

MAN, is she sexy.

Compare her to the photos of exhibitionist kim kardashian – not even close.

Lara, you got my heart.

What a horror she went through. She is very strong and I’m glad she could live to tell her story of those monsters. They’ll face the consequences of what they did some day.