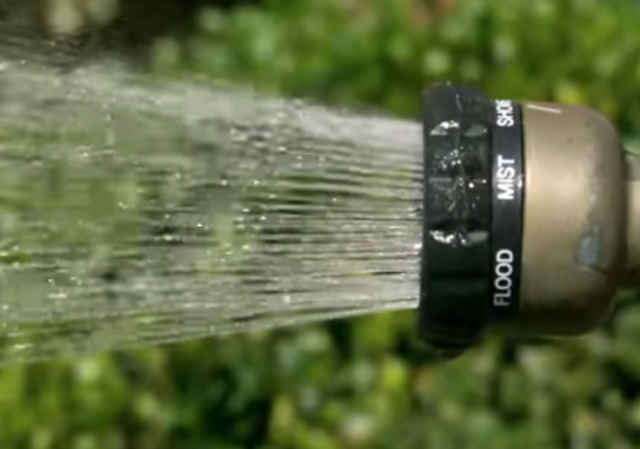 Within hours of becoming the state’s Chief Executive, the highly progressive former mayor of the disease-ridden city of San Francisco proposed offering free healthcare benefits to illegal immigrants under the age of 26.
Now, Newsom is proposing to tax drinking water.

In what is sure to be a controversial move, Gov. Gavin Newsom has proposed a tax on drinking water to help poor communities in California deal with contaminated water systems.

The plan to establish a ‘safe and affordable drinking water fund” is part of Newsom’s budget proposal, according the Sacramento Bee. A similar idea was proposed last year, but it never made it through the Legislature, the Bee reported.

Newsom wants to spend $25 million for safe drinking water as part of the cleanup effort. The exact details of the tax to raise the funds were not known.

As a California resident, basic public health services like safe drinking water should already be taken care of by a combination of water fees and state taxes. My small family pays over $100 monthly for our water use, and California state taxes are the highest in the nation. Where exactly is this money going if it is not going to pay for necessities such as drinking water?

State bureaucrats have been notoriously neglectful of our water infrastructure. Legal Insurrection readers may recall that it was 2 years ago that an emergency was declared when the Oroville Dam looked like it might fail. Work continues of the spillway today.

Perhaps instead of taxing citizens more, Newsom can take some of the $144 billion budget surplus he says we have and redirect it to getting drinking water to under-served communities by enhancing our water processing and storage facilities?

Additionally, the green justice bureaucrats have redirected vital water resources to bait fish. The battle for water has made unlikely allies of San Francisco residents and conservative farmers in Northern California.

The liberal city of San Francisco and conservative farmers in the San Joaquin Valley don’t have much in common politically. But they do agree on one thing: California regulators are going to take too much of their water and give it to endangered fish.

On Thursday, San Francisco joined a cadre of irrigation districts that pull water from the tributaries that flow into the Lower San Joaquin River in filing a lawsuit against a plan by the State Water Resources Control Board to take billions of gallons of their water.

Last month, the water board voted 4-1 to go ahead with a proposal that would require that the “unimpaired flows” of the lower San Joaquin River and its tributaries increase substantially. The board shelved, for the time being, an alternative plan proposed by San Francisco and the irrigation districts that would surrender less water while making investments in spawning grounds and other habitats to help Chinook salmon and other fish populations improve.

Interestingly, not every state agency is rushing to embrace this new tax.

The Association of California Water Agencies weighed in, unsure of the water tax. “ACWA believes that making access to safe drinking water for all Californians should be a top priority for the State,” said Association of California Water Agencies Deputy Executive Director Cindy Tuck. “However, a statewide water tax is highly problematic and is not necessary when alternative funding solutions exist and the state has a huge budget surplus.”

Tuck said the ACWA prefers to work with Gov. Newsom, the Legislature and other stakeholders on a solution that does not impose a statewide water tax.

During his inaugural address, Newsom decried Trump’s border wall, saying it “should never be built.” However, there are many state projects that are far more wasteful than the wall – including the high-speed train to nowhere (which really should never have been started). Maybe Newsom can end this fiscal fiasco and redirect the funds to water infrastructure projects?

Perhaps getting the boot of green government off the necks of thirsty citizens would be a better approach than new taxes.

“Where will this taxing madness end?”

That’s the beauty of the State. It never ends.

It ends when the recipients of free stuff realize it’s not free. The tax has a silver lining- it will pinch those who are usually getting the free stuff. That’s why I also favor sales tax over income tax.

In 2018 dollars the cost of lake Lanier in Ga is 11 billion. Let’s be generous and double the cost. For the price of high speed rail California could have five lake Laniers …

It would probably cost triple the $11 Billion just to fight the ecofreak lawsuits seeking to stop the building of just one such lake in CA.

When “California” and “huge budget surplus” appear in the same sentence, we can be pretty certain that we’ve wandered into the “FICTION” section.

Perhaps not. There might be such a surplus, but there probably are already plans to spend it, so it really isn’t available for projects not on the most favored list.

California does have a surplus based on its reaping huge capital gains tax inflows from shareholders of FB, GOOG, APPL, etc. Same thing happened during the dotcom/telecom bubble of the late 90s.

Of course the powers that be in CA never learn from the past so when the next recession hits, stock values drop and capital gains taxes dry up the state will once again be in deep trouble and, no doubt, looking to raise taxes on the wealthy again.

And to think we fought the British Crown because we didn’t like the tax on tea and stamps. If you were ever unsure we’ve reached that point in the modern era, there’s no denying we have reached it now.

“…exact details of the tax to raise the funds were not known.”

When was the last time they WERE known?

If California institutes a hot air tax Newsome and the rest of the legislature will be broke.

You get the government you deserve at some point. It’s not like the taxing madness just started with the new administration. Not a lot of other burdensome policies.

Seriously, who cares? This is what Californians voted for and I hope they get it good and hard.

I don’t know, but I’m thinking it might be a good idea to invest in the stock of companies that make yellow vests.

“Where will this taxing madness end?”

I have it on reliable authority that a 90% confication rate is the agreed upon number.

Kansas City is a long way from California, but even here we’re subjected to greedy Leftist tax schemes. Kansas City has a ‘rain water tax.’ Yup. This municipality taxes the rain. Every property owner receives a tax bill based upon the square footage of their driveway and patio. Because storm water run-off, etc.

Do you have the option of rain barrels? I get a storm water runoff credit for downspouts that are disconnected and diverted onto my property. Anything to keep $$ out of politicians hands.

The worst though are the bioswales, which are concrete mosquito habitats that the city is building everywhere to collect storm runoff (and more importantly eliminate parking spaces). They are full of plants and trees, but with the low rain level we had last year, there was a truck that had to drive around and water the bioswales (and the irony was not lost on the guy driving the truck).

if the feds take 70% and social security takes 7% the should leave the average Californian with nothing, and you say they will only tax the very rich, if the past is any indication they seem to miss that group all the time

And, this is merely a preview of the Leftist idiocy and ill-conceived profligacy that this greasy Dumb-o-crat apparatchik and his like-minded comrades want to foist upon the rest of the country, as a President, eventually.

This is simply wealth redistribution. The state takes money from those who have it [usually earn it] and redistribute it to those who don’t have it, after skimming off some for the politicians and their cronies.

They Tax Because They Control.
It’s Water Usage Today, Tomorrow the Sewage Line Taking It Out.

Not so lfar down the road Cali tax payers will more likely than not also live with added electric and gas charges after the state takes ownership by default of PG&E when they are unable to come out of Chapter 11. The liability this company owns will not be able to be covered by insurance and it will become a shared cost to all state residents via all utility companies doing business in the state..much like workers comp is in NY where no insurance company can affordably underwrite liability due to the mandated Scaffolding Law. Like NY, Cali because they mandate, will have to. They will be, by default, the only ones in a position to spread the cost out over all utility providers to cover losses and keep “the lights on”.
When no one pays; Everyone pays.

Excuse the redundancy as they are one in the same links

You should have left years ago. No sympathy.

So, what’s the problem? Californians keep electing these tax-happy, big-government buffoons, so aren’t they just getting what they want.

TAX WATER? That’s enough to drive you to drink!