Slate’s union is ticked at management who is allowing employees the choice of backing the union instead of requiring all staff to pay union dues. 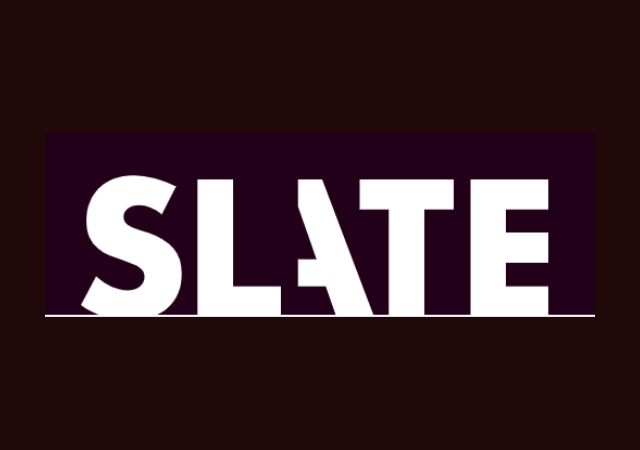 Online progressive magazine Slate has run into a bit of trouble with it’s writing staff. According to the Washington Examiner, “52-1 to authorize a strike and are considering walking out of their jobs.”

Today we’re announcing the results of our strike authorization vote. Last week, 100 percent of our bargaining unit voted and 98 percent chose to authorize a strike if necessary. We’re proud of this overwhelming representation of solidarity.

We’ve been bargaining our contract for 8 months. We’re excited by a lot of what we’ve achieved at the table. But we’re still dismayed by management’s position on certain key issues.

Most crucially, our unit continues to be outraged by management’s inclusion of a right-to-work clause, a technique designed to degrade the legitimacy of our union. Read more: https://t.co/hWCfbfvl9f

We love Slate. We want make the strongest, best Slate possible. But Slate is its workers—it’s the writers, editors, producers, and staffers who make the magazine.

We call on Slate management to agree to union security, and to respond meaningfully to our economic proposals. As indicated by the overwhelming majority represented in our vote, we are prepared to strike.

According to the WaEx, Slate’s union is ticked at management who is allowing employees the choice of backing the union instead of requiring all staff to pay union dues.

Journalists at the liberal publication want higher pay, a more diverse workforce and management to back off its support for “right-to-work” policies, which prohibit workers from being obligated to join or otherwise financially support a union as a condition of work.

…Slate’s writers voted 45-7 in January to form a union and are affiliated with the Writers’ Guild of America East. The union has been bargaining for a contract for 8 months.

The writers are angered over management’s insistence that individual workers be allowed to decide whether they back the union rather than having their dues automatically deducted.

“It has the potential to sow discord amongst its members. It is also, at heart, a union-busting measure. It is designed to dilute the power of unions,” SlateUnion tweeted in June.

A spokesperson for Slate.com’s management did not immediately respond to a request for comment.

Let me get this straight, the writers of Slate are angry because management is protecting their right to make up their own minds?

Is there something missing to this story or are they really that stupid?

Along with their other staffing demands, this appears to be them wanting to have total control over who is hired. Mandatory dues is part of that – you can’t escape membership unless you don’t work there.

Yes. And you write in chalk. However it washes off as fast as a reporter’s memory.

Ah shucks. The name sounds familiar but I cannot recall having read any of their material.

Ah well, setup a website and, the next thing you know, you are a published personality. Hell, from what folks have told me, you can do all of that on Face…k, even without an editor or union-goon.

What is this “Slate” thing? Never heard of it, don’t give a s**t

The future is so bright, they are wearing shades.
(rather obscure reference)

Love it. Eat each other, libbies.

Being a part of a progressive smear site and coming away with the false label of “journalist” is worth money, too, no? So combine your pay with such great benefits like that……(sarc)

I say management should fire the lot of them. They deserve a clean Slate.