“As a young cowgirl from the Arizona desert, I never could have imagined that one day I would become the first woman justice on the U.S. Supreme Court.” 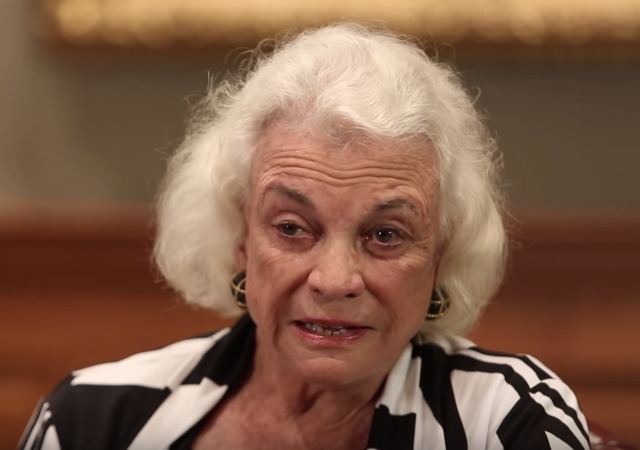 Former Supreme Court Justice Sandra Day O’Connor made history decades ago when she became the first female to hold a position on the nation’s highest court.

She announced today that doctors diagnoses her “with the beginning stages of dementia, probably Alzheimer’s disease.”

JUST IN: Former US Supreme Court Justice Sandra Day O'Connor in public letter: "Since many people have asked about my current status and activities, I want to be open about these changes, and while I am still able, share some personal thoughts." pic.twitter.com/IV207tR9Iw

She wrote: “How fortunate I feel to be an American to have been presented with the remarkable opportunities available to the citizens of our country. As a young cowgirl from the Arizona desert, I never could have imagined that one day I would become the first woman justice on the U.S. Supreme Court.”

O’Connor also wrote that she hopes she has “inspired young people about civic engagement and helped pave the pathway for women who may have faced obstacles pursuing their careers.”

NEW: Chief Justice John Roberts: "Justice O’Connor is of course a towering figure in the history of the United States…no illness or condition can take away the inspiration she provides for those who will follow the many paths she has blazed." https://t.co/9x22Pd8yj8 pic.twitter.com/fJ3JTw84GQ

She’s going straight to hell when she dies.

Will you be there to greet her?

Only God knows the final destination of any one of us. Be very aware of assuming to be His equal.

It’s a horrible disease. I wouldn’t wish it on anyone. For many years she cared for her husband who was suffering from it, so in this early stage she realizes what awaits her and her family. My prayers go out to all of them.

I hope she gets her thyroid function tested.

My family has a history of hypothyroidism–and its symptoms often resemble Altheimer’s. The good part is that the dementia can be easily controlled using levothyroxine–which is taken orally and is extremely safe.