“This Mother’s Day, talk to your child about the Republican Party” 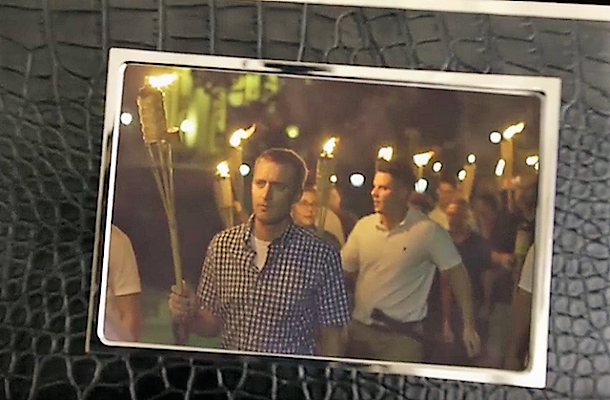 Leftist billionaire Tom Steyer has made no secret of his desire to see President Trump impeached, and he has been putting his billions where his mouth is.

His latest ad-buy via his Next Gen PAC goes beyond attacking Trump and demonizes every left-leaning, centrist, and right-leaning American who votes Republican in this country.  Given Democrats’ massive, humiliating losses at every level of government, that’s a lot of people.

The “Mother’s Day” ad warns that the GOP is turning kids into misogynist, thieving, Trump-supporting bullies who march for white supremacy.

My first reaction upon hearing about the ad was that it must be a joke, a parody of the most illogical, hate-filled, fear-mongering fringe lefties.  The “mom” in the piece guzzles wine at the end, so after watching it, I still hoped it might be some kind of joke.  But as far as I can tell, this is a real ad.

The ad is so inflammatory that even some on the left are not happy about it.

The left-wing billionaire’s NextGen America released an ad called “Mothers Day,” depicting a woman talking about her troubled son’s actions growing up, such as stealing from poorer kids and screaming anti-abortion messages at women. At the end of the ad, she reveals her son’s “college buddies” are the tiki-torch wielding white supremacists at last August’s rally in Charlottesville, Virginia.

“Only a mother can catch the signs early,” the mother says. “This Mother’s Day, talk to your child about the GOP. I wish I had.”

The on-screen graphic then calls on the viewer to “vote them out.”

WHAT ARE THESE TOM STEYER ADS AND WHO DO THEY HELP https://t.co/poXEUXWugQ

Hey, @TomSteyer. The ads are counterproductive and annoying, you're not helping anyone but yourself (maybe), and you're wasting money that could really help when we're in the fight for our political lives.

It’s easy to understand Lovett’s frustration.  After all, the more the left attacks the president and more than half the citizens of this country, the more support Trump, the GOP, and we deplorables garner.

Can you please post a link to this PAC?

I think all conservatives should help #Steyer beclown himself

That is a great pro-#Trump ad for why the Left cannot be trusted with state power https://t.co/whlKKH4spI

Deplorables again. That should work the second time it is tried.

Thanks, Tom. The Trump 2020 ads just write themselves!

Trump 2020 thanks you for your donation.

The gutter language alone had me shutting that off after about 15 seconds. What is it about?

Don’t you understand? He must be one of us.

So, in addition to being a billionaire, he’s a liar as well!

Trump’s most raucous enemies seem to have something in common: civil and criminal liability for corruption or viciousness toward women. I wonder if there is a skeleton in Steyer’s closet, too?

I wouldn’t be surprised if there are. We all have them. It’s a matter of what they are, who might be willing to discover them, and for what purpose (s).

It’s his money. However, considering all the needs there are in the world, it’s a shame he’s not more wisely using his of more benefit for others.

No. Most people have secrets, but not the kind where criminal liability attaches.

Stormy Daniels has a brand from a human trafficking cult. Weinstein is demanded sex in exchange for work. Schneiderman beats his girlfriends. Weiner — well, we all know about him. Hillary Clinton may have taken money for State Department decisions.

We are capable of distinguishing between ordinary private matters and crimes.

Skeletons. I do believe we all have them. The question is of their nature. Are they criminal or not. If they are not criminal, what would be the reaction of others were they to see the light of day. And, there is the matter of if they be criminal and are found out are there ways of getting off with little or no penalty.

The on-screen graphic then calls on the viewer to “vote them out.”

And if that fails, shoot them while they’re playing softball, and stage a soft coup with the help of the FBI and the DOJ.

The Dems really do seem bent on destroying the rest of us. Good thing they’re so inept at it.

That ad is on the same level as some of the Obamacare ads – pajama boy comes to mind as well as some of those “how to talk with the crazy uncle at Thanksgiving” ads. I hope they overcharged Steyer on the production.

But, that is a martini glass, not a wine glass. So the mother is chugging hard liquor, which is worse than downing a mere glass of wine.

I thought it was a martini glass, too, but the yellow substance she drinks is either the dirtiest martini in the history of the world or chardonnay.

Steyer is a very sick man. While Soros is a hiltler wanna-be, steyers actually believes his own delusions.

Delusional America-hating billlionairs are more dangerous than any delusional psycho with a gun.

Yeah, up until now Steyer has been basing his attack campaigns on “THE WORLD IS ENDING BECAUSE GLOBAL WARMING FOR REAALZZZ EVERYONE WE ARE ALL GOING TO DIE ARRARGAGAGAWERRRR!!!!”

but he appears to have started to figure out that wasn’t working. (I’m pretty sure, without hard proof, that he was the one who bankrolled the Dakota pipeline siege)

And so now he’s onto “ALL OF YOUR KIDS WILL BE NAZIS FOR REAALZZZ EVERYONE WE ARE ALL GOING TO DIE ARRARGAGAGAWERRRR!!!!”

Do to Steyer what Trump does to Iran’s Mullahs in this very funny video:

Nougies for one and all!

Please more, LOTS more of these kinds of ads. Ohhh and while you are at it push some gun control ones too. Thank you, thank you Tom. We love you.

I shook the hand of another billionaire just a few hours ago.

Mr. Craft does great things for our country and our children.

Unlike that stooge, Steyer.

Steyer made his money doing things he wants us to no longer do which will result in him making even more money. Instead of investing in jobs for more Americans he buys ads; what a dick.

“If only I had known about toxic masculinity. I would have aborted him. This Mother’s Day, consider your duty to humanity. It’s never to late to exercise your freedom of choice”

Judge: “Ma’am, you are being charged with the fatal poisoning of your 20 yr old son…how do you plead?”

Mother: “Not guilty your Honor, it was an extremely late-term abortion…”

Judge: “Ahh…Saving the world from his toxic masculinity. Case Dismissed!!”

I lost track of the insults. Did that mom suggest her son was incompetent, and couldn’t do his own laundry? Sort of like Henry David Thoreau. Or that he was a pathological bully, picking on poor kids? Or gay, because he never really hit it off with the girls? But definitely a neo-torch waving skinhead sort of guy. Wow.

We’d like to take this opportunity to thank Mr Steyer for his overly generous in-kind donation to the Trump 2020 Re-Election campaign.

It’s not a donation, it’s a (very) independent expenditure, and thus not subject to regulation. So thank you very much Mr Steyer, and please do as man y of these as you can.

Reforming a Progressive supporter is like trying to pick up a turd by it’s clean end.

Not to support Steyer, but there IS video evidence out there showing a prominent GOP member pushing his wheel-chaired grandmother off a cliff.

Assuming the midterms are a referendum on Trump, then Steyer is pursuing the right strategy. He’s targeting middle aged, suburban, married, college educated white women with that ad. Polls and the special election results show that Trump has lost ground with that demographic. They are the easiest ones to peal away.

Steyer’s a very successful, very rich man. He’s got polling, or focus group research, or something telling him this message will work with the demographic segment he’s targeting.

It seems like an ineffective message to me, but I’d be very reluctant to dismiss it.