Reportedly caused by human error during a shift change 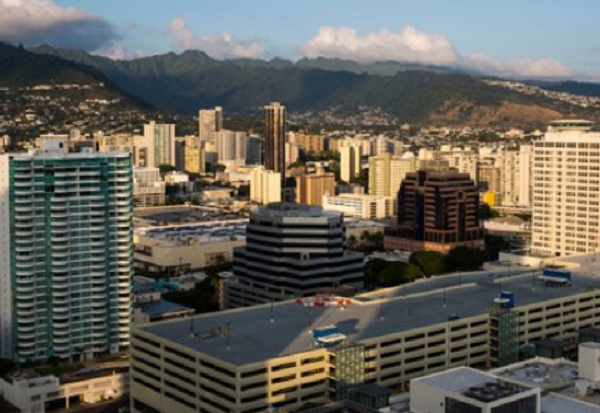 Hawaiians got quite a shock when they received news of an incoming ballistic missile and were assured in the text alert that “this is not a drill.”  It wasn’t a drill, but it was a mistake.

Here’s the erroneous alert via Dopl3r: 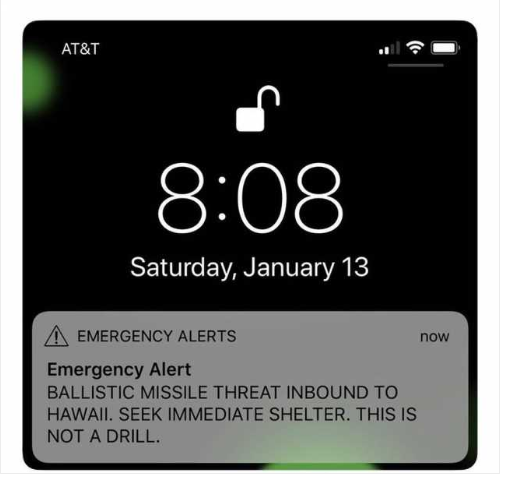 The authorities confirmed on Saturday that there was no ballistic missile headed toward Hawaii minutes after an emergency alert was sent to cellphones there urging people to seek immediate shelter, leading to chaos and confusion.

“BALLISTIC MISSILE THREAT INBOUND TO HAWAII,” the alert said. “SEEK IMMEDIATE SHELTER. THIS IS NOT A DRILL.”

A corrected alert was sent out 38 minutes later.

“There is no missile threat or danger to the State of Hawaii,” it read. “Repeat. False Alarm.”

It was a false alarm, officials said, but it caused immediate panic: “BALLISTIC MISSILE THREAT INBOUND TO HAWAII. SEEK IMMEDIATE SHELTER. THIS IS NOT A DRILL.” https://t.co/QqfOj0N3Xk

Apparently, the erroneous alert was inadvertently sent during a shift change.

“It was a mistake made during a standard procedure at the change over of a shift and an employee pushed the wrong button,” Gov. David Ige told CNN.

All it takes is one employee pushing one button? They need a fail-safe set-up that requires two employees pushing two separate buttons at the same time.

Bull. Some idiot thought it would be a good idea to demonstrate how Trump’s hard line stance on North Korea was going to blow up the world.

Instead we found out that the official incoming missile procedure for the State of Hawaii is put your children in a storm drain, stand on the beach and wait.