No, not an episode of Mr. Bean, this is real life 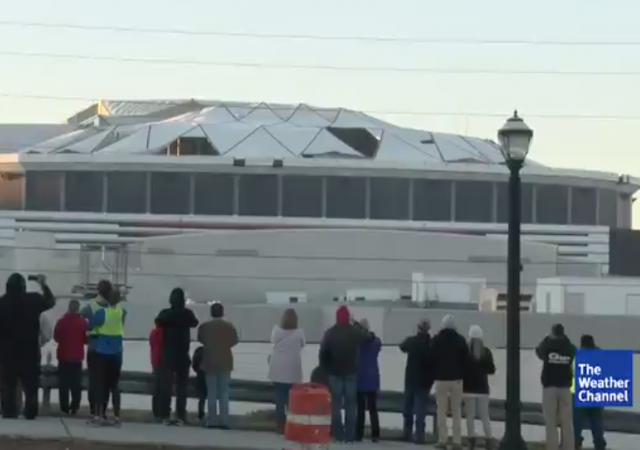 The Weather Channel set up a camera to film the Georgia Dome’s destruction. As soon as the charge went off, a bus pulled directly in front of the camera where it stayed until the implosion was complete. The cameramen are cussing all the while.

I am CRYING. The Weather Channel set up for a live shot of the Georgia Dome being imploded, and at the perfectly wrong time … this happened (via @ajc): pic.twitter.com/LA0cXpC7oX

This is like when a train passes by and then Jason Bourne disappears https://t.co/omyrQ8UAp4

I’m shocked they didn’t attribute this to global warming.

That was absurd to cuss the bus driver. He didn’t know the camera was there and he was only doing his job. What a bunch of filthy mouthed elitist clowns.

Wow.
What a sheer display of incompetence.

That is about par for the Weather Channel. They are constantly missing the forecast here in Atlanta.

To commenters indignant about this hilarious incident: your heads are in danger of imploding.

Why wasn’t he at the forward rail instead of across the street? Doesn’t really make sense to me.