Tom Price resigned in September over his use of private jets. 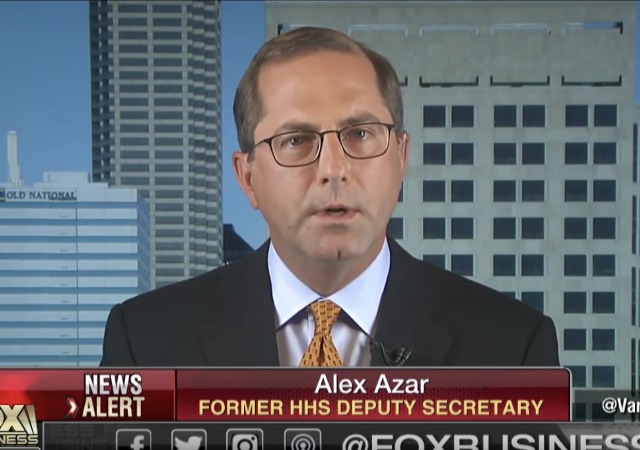 President Donald Trump has picked former drug executive Alex Azar for Health and Human Services secretary to replace Tom Price, who resigned in September after questions arose of his use of private jets.

Azar served as HHS deputy secretary in President George W. Bush’s administration from 2005 to 2007 when Mike Leavitt worked as secretary.

ABC News pointed out that this appointment is “unusual” because those nominated to lead HHS are elected officials, not people from the industries the department regulates.

Azar left the pharmaceutical company Eli Lilly in January after working there for nearly a decade, most recently serving as the president of Lilly USA. He now runs a consulting firm, according to his LinkedIn. Working in HHS in former President George W. Bush’s administration, he served as the department’s general counsel from 2001 to 2005 and then assumed the role of deputy secretary for the next two years.

He would bring “competence, leadership, a smart, conservative agenda, and also an understanding of how the regulatory process works, which I think is important given that the Trump administration is trying to accomplish a lot of its health policy goals via the administrative process,” said Tevi Troy, who served as Bush’s deputy head of the White House Domestic Policy Council when Azar was at HHS.

Nominating someone familiar with the regulatory process could be important for Trump, who is examining ways to unwind ObamaCare that wouldn’t need approval from Congress, after Republicans’ months-long effort to repeal and replace the health law failed.

Azar looked over “the department’s regulatory process” after Leavitt asked him:

“He understands the process and he knows the levers and how you make it work and where the potential roadblocks are,” Leavitt said. “I think he would be of particular value given the fact that … so far a repeal bill has not occurred and they’re going to need to make their imprint on existing laws through replacing the ideology underpinning it.”

The Hill noted that Azar spoke with Stuart Varney on Fox Business over the summer about his position concerning Obamacare repeal and those who believed that the repeal “could hurt their constituents’ coverage under the ObamaCare Medicaid expansion and from conservatives who argued it didn’t do enough to lower premiums.”

“I think, Stuart, you and I generally agree that the status quo is pretty bad and any change to that that’s productive is a good thing,” Azar said on July 17, adding he’d like to see more changes.

Stuart Varney, the host, responded: “You cut right through to it, I keep saying that something — no matter what it is — something is better than nothing. Where do you stand on that?”

“It’s very dangerous to let the perfect be the enemy of the good especially when you have to get 50 people in the U.S. Senate to agree to it,” Azar replied.