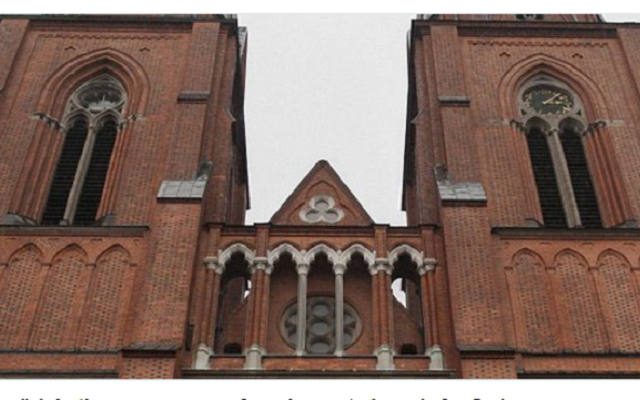 Headlines around the internet announced that the Swedish Church banned gendered words such as “he” and “Lord” in a bid for politically-correct gender neutrality.  The church has denied that the words are banned and says that they merely offered “gender neutral” alternatives such as replacing “In the name of the Father and Son, and the Holy Spirit” with “In the name of the triune God.”  Sticklers for the old, phallocentric patriarchal phrase can still use it if they insist.

The Swedish Church has hit out at ‘fake news’ after reports it had decided to stop calling God ‘he’ or ‘Lord’. ‘It is not true,’ a spokesperson told The Local.

The Church of Sweden will only refer to God in gender-neutral terms, reported several of the world’s biggest news outlets on Friday, saying it had made the decision in an update of its 31-year-old handbook.

“It’s not true,” were a spokesperson’s first words when The Local called to ask.

“It’s not true,” repeated Sofija Pedersen Videke, head of the Church’s service of worship committee, which was heavily involved in the work on the new handbook before it went before the Church Assembly.

The Church Assembly, a 251-member decision-making body, voted on Thursday with a large majority to update the handbook, which includes the Church’s aim to use language that is “more inclusive”.

“The old handbook is from 1986 and the new edition is much more in line with the Swedish Bible translation made in 2000,” Pedersen Videke told The Local. “God is beyond ‘she’ and ‘he’, God is so much more.”

“We want variation when it comes to how you express yourself, just like in the Bible.”

. . . . The change was adopted on the initiative of Kenneth Nordgren, who represents the Free Liberals group in the Church Assembly. He argued: “This is in order to take it one step further with regard to inclusive language and to indicate direct liturgical talk about God, which is preferable to an indirect pronoun. Stylistically, we are also of the opinion that this works well in terms of liturgy.” [emphasis added]

It’s only “one step further” toward banning gendered pronouns and terms, not the actual ban.

Church of Sweden urges clergy to stop referring to God with gendered pronouns 'the Lord' and 'He' https://t.co/fFOyDbmyfn

Although a single legislative action cannot be attributed: Sweden has long ago banned sanity.

Reform Judaism has been doing that gender-neutral shite for decades.

It is really annoying and disconcerting to have prayers that are thousands of years old suddenly changed for this PC crap!