2015 Tweet: “I could support recognizing a constitutional right to marry bacon” 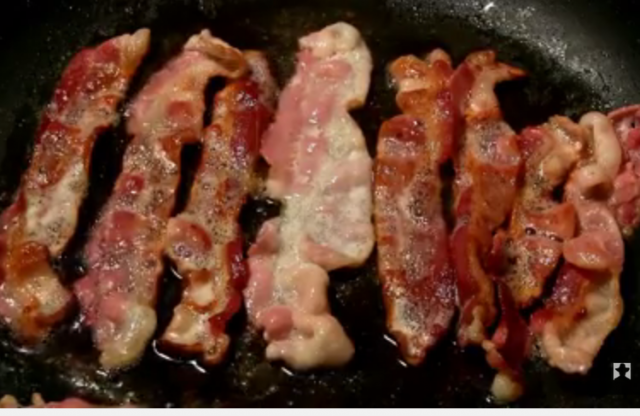 Wednesday, the Senate Judiciary Committee conducted confirmation hearings for several judicial appointees including Texas Supreme Court Justice Don Willett. Willett has been nominated for a spot on the fifth circuit.

An avid Twitter user, Willett is a bright, humorous spot on the social media platform. Prior to the hearing, many a politic-watcher wondered if Willett’s Twitter feed would be questioned.

I could support recognizing a constitutional right to marry bacon. pic.twitter.com/HKPW6tE4H6

Sen. Leahy used the tweet to grill Willett over his ability to respect precedent.

“Respectfully, I don’t believe I have attacked Supreme Court precedent, but certainly if I were fortunate enough to be confirmed as a federal circuit judge, I would be honor-bound, categorically, absolutely, to follow every controlling precedent,” explained Justice Willett.

When Sen. Leahy persisted, Willett attempted again to explain the context of his tweet saying, “Senator, as for the bacon tweet, that was the day after the Obergefell decision was issued and it was my attempt to invect a bit of levity. The country was filled with rancor and polarization. It was a divisive time in the nation.”

You know you’re thinking it:

Isn’t Leaky past his “Use By” date?

Senile old fool can barely string a sentence together anymore.

Vermont voters have been smoking too much Rutland Kush, granting this dolt career politician status. Another worthless Dumb-o-crat apparatchik warming a seat in Washington well past his era of usefulness. The minute that a sitting politician starts using his energies to get cameos in Hollywood superhero movies, it’s time to retire him. Leahy should have been put out to pasture a long time ago.

If only Willett could have said what he was thinking: “F**k you if you can’t take a joke.”

In the immortal words of SGT. Hulka: “Lighten up, Francis.”

I support equal treatment. Unions or incorporation for all.

Why are progressive liberals so damn Pro-Choice? That is, why are they selective, unprincipled, and opportunistic?

Welcome to The Twilight Fringe.

No, it wasn’t, it was Apr 29, 2015; the decision didn’t come down until June 26. Willett himself forgot that, and foolishly took Leahy’s word for it.

Nice catch, Milhouse. It was the day after oral argument in the SC.

I could see marrying bacon but my wife would not permit it. Bacon every day and night, heaven !

The left has become the old guy shrieking, “get off my lawn”!. What a bunch of humorless, scolding, pricks.

Having no sense of humor is a serious mental handicap, but not appreciating bacon is simply inhuman.

Oh the fun we can have when Willet passes this hearing and then gets the nod for Ginsberg’s seat – seriously, someone has got to finally own up the old hag has been dead for a while now and just get’s rolled out and propped up for special occasions.

As I’ve said before “Weekend at Bernie’s”

The pig is a majestic and magical creature that uses SCIENCE to convert vegetables into bacon.

Willet’s tweet is actually a very sophisticated and intelligent joke pointing out the obvious weakness of the Obergefell decision. You’ll have to forgive Leahy for not getting it since he is neither.

Rancor and polarization persists, and it would be nice to find a way past, but it seems to be getting worse instead.

When will someone come up with real solutions, based on reality, and will it matter?

Speaking of bacon. This is totally on topic.

I discovered the joy of authentic bacon sold at meat counters like the applewood stuff you see everywhere, and I’ll never buy the usual stuff again. I treat each slap as a valuable treasure. Upon getting it home, it’s al re-wrapped separately, rolled in its freezer paper, and frozen. Unrolled by the slab to use. It freezes very well. But it’s cut so thickly I’ve been using it in everything except the customary bacon and eggs. It’s a bit like pork-jerky that way. But in everything else it’s outstanding. The flavor is remarkable. And strong. So it can be extended through all kinds of starches, and all other vegetables and proteins.

I even Fried some to crisp state and processed it to powder with equal amount of flour. A coffee mill works very well for this.

Then used that for breadsticks. Along with Parmigiano-Reggiano replacing butter in dough, (along with the flavorful bacon oil) and with chipotle chile powder. Rolled pencil thin, they come out light as balloons when baked and they melt in your mouth. On a bet, I took a pile of them to the specialty store where I was bragging. Now, who even does that? Take food into an overpriced store made from ingredients bought there. I walked in and gave the breadsticks to one of the guys that I bragged to. My bet was covered and that was that. Story done right there.

I walked away to the deli counter and in the time that took the breadsticks were shared, apparently throughout the whole store. The other guy I was bragging to rushed up to me WAY out of character, excited about someone actually proving their brag. “Look, Mate, we get a LOT of people in here that talk a good game, but you delivered!” He grabbed my body and squeezed. Hard. Most unBritish behavior. He’s a muscular gym guy and he could have squeezed the poop right out of me like a tube of toothpaste. Right then another guy came from the back, dressed in white lab coat, and he interrogated me about how the breadsticks are made. He asked about every single element, every aspect as one who intends to replicate them. And then they gave me a discount on my purchase. That bacon, their bacon, has made me a legend in that ridiculously expensive upscale shop.

Care to see them? Okay, here.

Willet should have told Leahy: “Senator, I was talking about gay bacon! What are you, a homophobe?”

Off topic: This is what I’ve been predicting all along. Trump wants a deal, and eventually he would come to realize that only one side gives in to pressure, so he’d apply all the pressure to that side, and throw out every principle he ever pretended to champion.

Translation: They got nothin’.

Ahhh, precedent: to be an unthinking slave to the past. Or, as the late, great Heinlein once said “Precedent is merely the assumption that somebody else, in the past with less information, nevertheless knows better than the man on the spot.”

It’s Trump’s fault. If he hadn’t beat Hillary, Leahy could have been nice to her nominee. The Donald made him do it.

When Lay-Hee becomes loyalty to the United States, maybe we’ll take things that come out of his mouth seriously.

As senators go, Lay-Hee is the Serena Williams of men’s tennis.

Liberals have long since been using the “gay marriage” farce to push for their next set of goals for making a complete sham of the institution: polygamy, abolishing age restrictions, abolishing consanguinity restricts (so you can marry your child, or your cousin).

Same types of people celebrate when a moonbat “marries” a tree, or a dog, or themself (yeah, not kidding), or a building, or even marries an abstract concept (again, wish I was kidding).

Same types of people are now feigning outrage over the tweet in the post above. As if they wouldn’t be celebrating if one of their own had actually announced they were doing it. Which, if I were to spend a few minutes googling, I wouldn’t be the least surprised to find had actually happened.

I’m still waiting for one of the victims of these many congressional hearings to respond by calling their inquisitors the liars, lunatics and morons that they are. It amazes me that everyone tolerates being raked over the coals by these incompetent, politically-driven scum without firing back. There’s no question that Leahy will vote against him whatever he says — I’m so sick of the fake respect accorded these ignorant, partisan hacks while they play to the cameras.

The Obergefell decision came down on June 26, 2015, my wife and I’s 5 year anniversary. I took her to Chik Fil A to celebrate traditional marriage!

Leahy “grills” over “bacon”….. LOL I see what you did there.