Carving of Confederate Flag in U. Maryland Bathroom Sends Students to Counseling

Carving of Confederate Flag in U. Maryland Bathroom Sends Students to Counseling

“some students were quite traumatized” 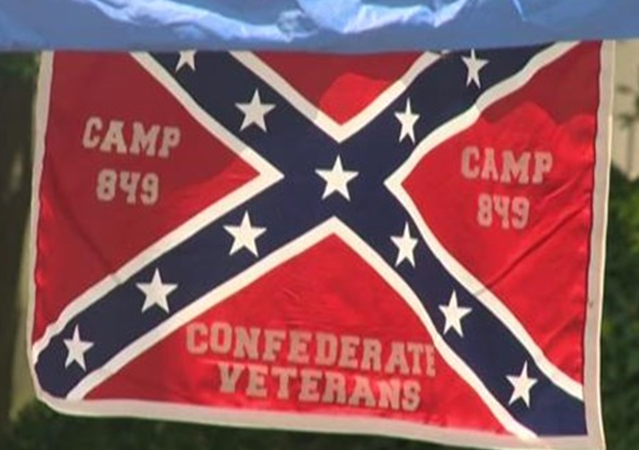 If you need counseling after seeing something offensive on a bathroom wall, should you really be in college?

At a meeting with University of Maryland officials last Thursday, students revealed a two-week old “bias” incident: Someone carved a Confederate flag in a dormitory bathroom stall.

The defaced stall in UMD’s Somerset Hall houses the school’s CIVICUS program, whose “founding belief” is that “engaged members of civil society have an obligation to be aware of the world outside the classroom.”

According to The Diamondback, in the meeting students complained to Chief Diversity Officer Roger Worthington about the lack of notification regarding the incident … especially since some students were quite traumatized it:

“I would hope to see more transparency in the situations with hate speech on campus and I would like to see more of an understanding that people should know what’s happening and it’s not just something the university is trying to contain to cover their asses,” said Caplan, a freshman government and politics major. …

Tomiwa Sobande, a Somerset Hall resident, said the lack of transparency about the etching incident helped foster the fear officials tried to prevent.

Your reportage of this incident makes me feel unsafe. [sniff]

“If you need counseling after seeing something offensive on a bathroom wall, should you really be in college?”

Actually, the “offended” probably shouldn’t have been allowed out of the house without close, adult supervision.

They must have classes on how to find things to be offended by.