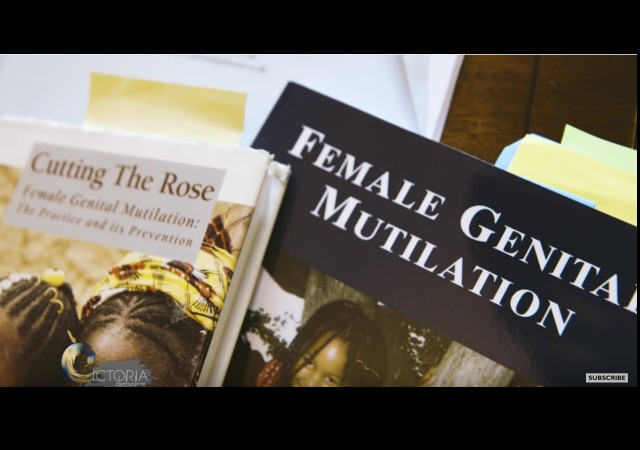 The NHS recorded more than 9,000 incidents of female genital mutilation (FGM) in England between April 2016 and March 2017. The NHS Digital noted the data comes from NHS trusts and general practitioner officers.

The findings show that in the last year there were 9,179 attendances in which FGM was either identified, treatment was given, or a woman with FGM had given birth to a baby girl.

In total, 5,391 attendances were recorded in the system for the first time – 114 of which were girls under the age of 16.

The report reveals only a slight drop on figures from 2016 in which 9,223 attendances were reported in total, of which 6,080 were newly recorded.

While the small decline of reported instances of FGM is a positive, Wendy Preston, who heads nursing at the Royal College of Nursing, explained that even though FGM has received more attention, “the number of women and girls subjected to it is not falling fast enough.” The Guardian continued:

Preston added that the fall in the number of school nurses in recent years was detrimental to efforts to tackle the issue, and called on the government to attract and retain school nurses.

“Mandatory reporting and compulsory sex and relationships education are important weapons in the fight against FGM, and school nurses play a vital role in both educating children and young women, and spotting those who may be at risk,” she said.

“Yet recent figures show the number of school nurses has fallen 16% since 2010, largely as a result of government cuts to local authority health budgets. It is not right that vulnerable children pay the price for funding reductions and poor workforce planning.”

The BBC reported charity groups are pushing the government not to withdraw funding that supports anti-FGM activities. The charity Barnado and the Local Government Association (LGM) run the National FGM Centre, but director Michelle Lee-Izu has said it could close “if government funding is withdrawn.”

LGA’s Cllr Simon Blackburn insists the government must secure funding for the center:

He said: “Social work provision to girls and families affected by FGM has been quickly and significantly improved through the intervention of Centre social workers, embedded in council safeguarding teams, and hundreds of referrals have been received in areas that previously only recorded a handful of cases each year.

Mr Blackburn added that the government needed to back its commitment to ending FGM in the UK “with the long-term funding required to make that vision a reality”.

Where is the Mayor Of London’s condemnation of this
…..
and where are his actions to bring those criminals to justice?

Child abuse and female sexual abuse per se. Where are the usual children’s and women’s rights radicals???

Yep. It’s one of the most trumpeting of hypocritical silences from the “feminists” one can imagine.

“the number of women and girls subjected to it is not falling fast enough.”

It’s rash to believe that it’s falling at all.

British officialdom as long since perfected procedures to guarantee than when numbers of criminal atrocities need to be lowered, the numbers are indeed lowered … even if the incidence of crimes remains constant or grows.

Recall the story which broke maybe a decade ago, about the program to deal with skyrocketing rapes and sexual assaults. The solution? Stop investigating reported incidents. They’re not “official” until they’re investigated. So, if the police don’t investigate, these crimes don’t officially happen. Brilliant—the numbers improve, and police manpower is freed up to pursue serious crimes … like people speaking ill of Islam.

Don’t worry guys, liberals will be along any second now with a Facebook meme!!

The liberal government is mutilating minds – which can be worse than mutilating genitals: genitals can always be removed – john boehner, paul ryan, mcconnell and the rest of the GOPe being proof of that.

notamemberofanyorganizedpolicital in reply to TheFineReport.com. | July 6, 2017 at 8:44 pm

Then after the Liberals do it, they give you a “No-ball” Prize like Obama!

The people who insist that all cultures are equally good in all respects need to re-examine their thinking, and we all need to be free to criticize problems openly without worrying about charges of “bigotry.”

notamemberofanyorganizedpolicital in reply to tarheelkate. | July 6, 2017 at 8:45 pm

People who insist on that warped thinking have always been properly labeled what they really are: idiots.

Where ae the pink hags? They protest everything that smacks of female sexual abuse so where are they? Oh, that’s right, these are muslims and they are a protected minority. Have you read where the muslims are boycotting Starbucks because they support the LBGTQ community?

Where are the parades of females wearing pink pussy hats cut with knives and scissors so that the yarn unravels?

How long before NHS begins providing FGM to Muslim families?