When state officials rejected grant money because the church school was attached to a religious institution, the school sued 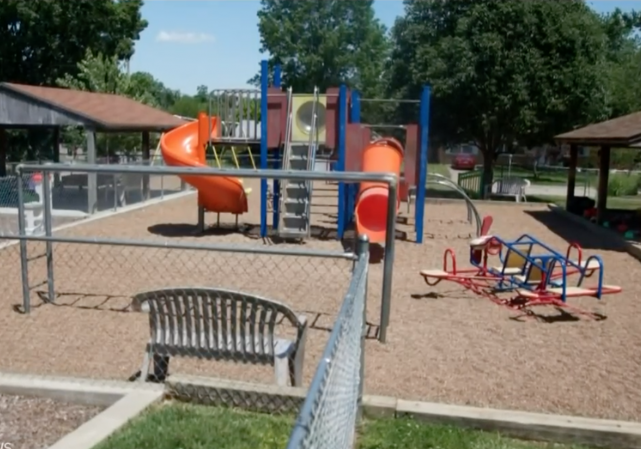 Monday, the Supreme Court ruled in favor of a Missouri Lutheran School who’d sued the state over the state’s decision to withhold grant money.

The case grows out of a lawsuit filed by Trinity Lutheran Church of Columbia, Missouri, after it lost out on a grant for its playground in 2012 despite being ranked fifth out of 44 applicants.

The state said its decision not to give the church any money was based on a provision of the Missouri Constitution that explicitly prohibits using public money to aid a religious institution. Roughly three dozen states have similarly worded provisions.

“All we’re talking about is a safer surface on the playground for when kids plays,” David Cortman, the church’s lawyer, told the court.

In response to a question from Justice Stephen Breyer, Layton said the state could not deprive the church of police, fire and public health protection without violating the U.S. Constitution.

Court watchers were concerned an affirmation for Missouri’s decision would have devastating and reaching implications, like whether state funding would be withheld for other charitable institutions such as soup kitchens and foodbanks that are often run by churches or organizations with religious affiliation.

After today’s decision was made public, the Alliance Defending Freedom, who represented Trinity Lutheran School, issued the following statement:

Today the Supreme Court stood up for religious liberty around the country. In its ruling it affirmed that government cannot discriminate against schools and organizations due to their religious affiliation. Marking a new path in the Gorsuch era, today’s victory once again puts religious liberty front and center on the American political agenda. The Alliance Defending Freedom (ADF), led by Senior Counsel David Cortman, represented the Trinity Lutheran Church of Columbia, Missouri. The daycare center at the church was excluded from a state program that provides funds to purchase materials to repair children’s playgrounds with safer surfaces. Although the church qualified for the program, it was ultimately denied due to its religious affiliation.

“The government should treat children’s safety at religious schools the same as it does at nonreligious schools. The Supreme Court’s decision today affirms that commonsense principle and the larger truth that government isn’t being neutral when it treats religious organizations worse than everyone else,” David Cortman said. “Equal treatment of a religious organization in a program that provides only secular benefits, like a partial reimbursement grant for playground surfacing, isn’t a government endorsement of religion. As the Supreme Court rightly found, unequal treatment that singles out a preschool for exclusion from such a program simply because a church runs the school is clearly unconstitutional.”

“Today’s win is a significant victory for fairness and government neutrality towards religious institutions, confirming that children at a Lutheran preschool should have the same access to safe playgrounds as children at a non-religious school. Chief Justice Roberts called the exclusion of Trinity Lutheran from this government program “odious to the Constitution.” The Supreme Court is signaling in this decision that the government must stop its growing hostility towards religion and religious institutions, and that antiquated and anti-Catholic Blaine Amendments should not be used as a weapon to discriminate against people of faith.”

PBS News Hour explored the case back in April, following SCOTUS oral arguments for the case:

Big setback to those who think “separation of church and state” actually means “all those with religious views (excepting Muslims, of course) must be discriminated against harshly at all times.”

If you look at the very long, convoluted dissent by Ginsburg and Sotomayor, you will find that one of their arguments is that the Constitution does indeed require discrimination of this sort against religious organizations. [Except for Muslims or churches founded by members of Congress.]

The case grows out of a lawsuit filed by Trinity Lutheran Church of Columbia, Missouri, after it lost out on a grant for its playground in 2012 despite being ranked fifth out of 44 applicants.

There’s your problem, right there.

If the application were filed by al-Dibi Scholarly Mosque, it’d have been green-lighted faster than you can say “Allahu ackbar”.

Sotomayer and Ginsburg dissented, of course.

Kagan finally found her feet. Good for you, Ms Kagan.

“In response to a question from Justice Stephen Breyer, Layton said the state could not deprive the church of police, fire and public health protection without violating the U.S. Constitution.”

So when the elite order police to stand down to allow criminals to commit crimes, it is clearly in violation of the law.

No, it isn’t. The state has no obligation to provide these services at all, or in any given instance. What it may not do is discriminate in their provision on irrelevant grounds such as race or religion. It can’t tell the police to protect white but not black people, or everyone except Moslems; but it can tell them that the public interest would be better served at this moment by not protecting anybody so the criminals can “vent their rage”.