Yes, this is real life. 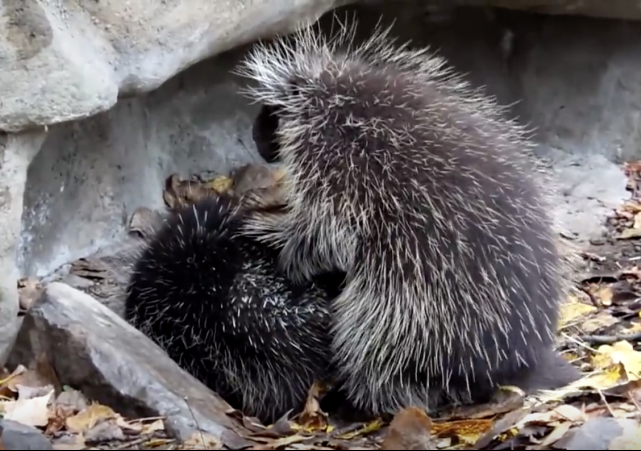 And yet we still have a press corps who hasn’t quite figured out why real America finds it difficult to take them seriously.

WASHINGTON (AP) — The struggle over the proposed Republican health care overhaul in the Senate has covered a lot of territory, even veering into the mating habits of porcupines.

It’s a prickly situation, trying to replace the Obama-era law with something palatable to enough lawmakers, and some of what is being said in the debate just isn’t right.

A sampling of recent statements and how they stack up with the facts:

SEN. PAT ROBERTS, R-Kan., reaching for an analogy to illustrate how difficult it is to negotiate health care: “Once in Glacier National Park I saw two porcupines making love. I’m assuming they produced smaller porcupines. They produced something. It has to be done carefully. That’s what we’re doing now.”

THE FACTS: He is correct, it’s tricky, but unlike lawmakers, porcupines have their mission figured out.

Porcupine spines are an intimidating mechanism to protect the animals from predators. But when it comes time to mate, they have the ability to let down their defenses, said Duke University biologist Stuart Pimm. Courtship rituals can be aggressive but when the animals have negotiated the art of the deal, the females relax and reposition their quills.

It’s not entirely different from people, Pimm said. “We humans are quite capable of arming ourselves with the most ferocious weaponry but I don’t take my broadaxe to bed with me.”

I seriously doubt that porcupines “make love.” I’d wager that it is more like grudge f*****g than lovemaking. Inquiring minds want to know, so I hope that the AP will jump right on that, and less us know if porcupines are romantic, cuddling types, or more combative- like in a hit and run fashion.

“Like two porcupines screwing in a barbed wire sock” has a certain cachet about it, don’t you think?

Or “I want to have hot, fast, feral porcupine sex with you tonight!”