Russian Poet Yevgeny Yevtushenko dies: “Today, I am as old. As the entire Jewish People itself”

Russian Poet Yevgeny Yevtushenko dies: “Today, I am as old. As the entire Jewish People itself”

The power of his words changed history. 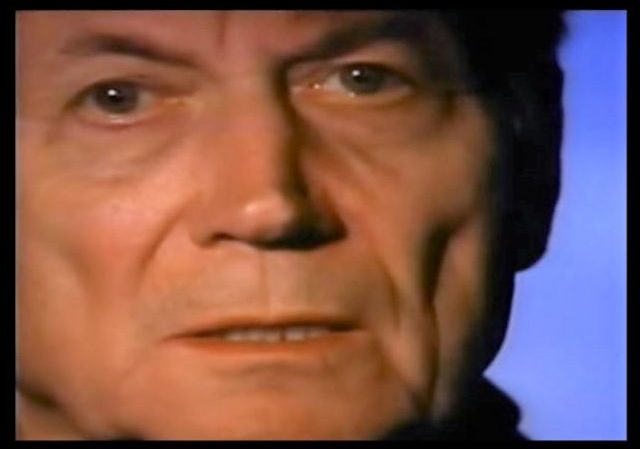 Russian Poet Yevgeny Yevtushenko has died at age 84. He was resident at the University of Tulsa, and died in a hospital in Oklahoma City.

I think it’s hard for Americans to understand the celebrated role that poets occupy in Russian history, including the dissident movement that began to develop in the 1950s and 1960s. I experienced some of that when studying Russian language and literature in the 1970s and early 1980s, and studying in Moscow in 1980.

The vast sweep of Yevtushenko life work was somewhat overwhelmed by the power and stature of Yevtushenko’s 1961 poem about the Nazi massacre of over 33,000 Jews in just two days on September 29-30, 1941, at Babi Yar, a ravine near Kiev in the Ukraine.

I provided extensive background and material about the Babi Yar massacre in my May 7, 2016, post, Israeli flag burned at Babi Yar on Holocaust Remembrance Day:

The two-day September bloodletting did not end the killing at Babi Yar. Over 100,000 would be murdered there, including non-Jews. In all 3,000,000 Ukrainians, almost a third of them Jews, would be executed by the Nazis in Ukraine.

As the Nazis withdrew from Ukraine, they ordered captured Soviet soldiers to exhume and burn the bodies in an attempt to cover up the crime. 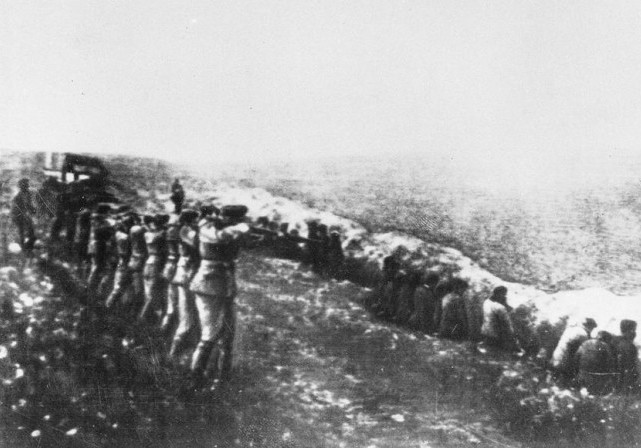 [This photo was taken from a the body of a dead Germany officer killed in Russia, showing a German firing squad shooting Soviet civilians in the back as they sit beside their own mass grave in Babi Yar][Image via The Atlantic]

I also included in that post an image from my 1979 visit to Babi Yar (by which point there was a monument):

A monument later was built, remembering the site as a general memorial to Soviet dead.

I visited the Babi Yar memorial in January 1979. The monument was typical Soviet style. I took this photo (a better close up not taken by me is here). 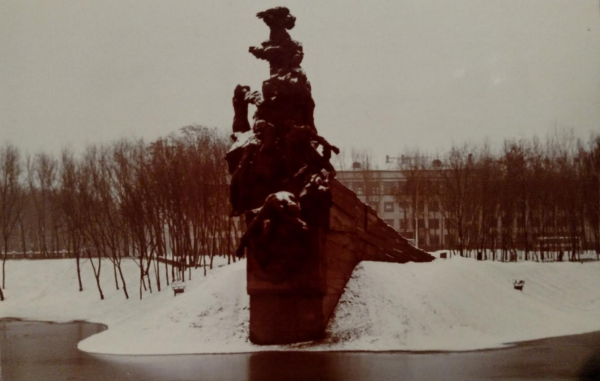 It was because of the power of Yevtushenko poem, which was not officially published in the Soviet Union for over 20 years, that the Babi Yar massacre could not be swept under the rug of history. The poem begins:

No monument stands over Babi Yar.
A steep cliff only, like the rudest headstone.
I am afraid.
Today, I am as old
As the entire Jewish People[*] itself….

Wild grasses rustle over Babi Yar,
The trees look sternly, as if passing judgement.
Here, silently, all screams, and, hat in hand,
I feel my hair changing shade to gray.

And I myself, like one long soundless scream
Above the thousands of thousands interred,
I’m every old man executed here,
As I am every child murdered here….

The Russian composer Dmitri Shostakovich wrote his Symphony No. 13 (Babi Yar) based in part on Yevtushenko’s poem:

The AP reported on Yevtushenko’s death:

Acclaimed Russian poet Yevgeny Yevtushenko, whose work focused on war atrocities and denounced anti-Semitism and tyrannical dictators, has died. He was 84.

Ginny Hensley, a spokeswoman for Hillcrest Medical Center in the eastern Oklahoma city of Tulsa, confirmed Yevtushenko’s death. Roger Blais, the provost at the University of Tulsa, where Yevtushenko was a longtime faculty member, said he was told Yevtushenko died Saturday morning….

Yevtushenko gained notoriety in the former Soviet Union while in his 20s, with poetry denouncing Josef Stalin. He gained international acclaim as a young revolutionary with “Babi Yar,” the unflinching 1961 poem that told of the slaughter of nearly 34,000 Jews by the Nazis and denounced the anti-Semitism that had spread throughout the Soviet Union.

At the height of his fame, Yevtushenko read his works in packed soccer stadiums and arenas, including to a crowd of 200,000 in 1991 that came to listen during a failed coup attempt in Russia. He also attracted large audiences on tours of the West.

With his tall, rangy body, chiseled visage and declaratory style, he was a compelling presence on stages when reading his works.

“He’s more like a rock star than some sort of bespectacled, quiet poet,” said former University of Tulsa President Robert Donaldson, who specialized in Soviet policy during his academic years at Harvard.

Until “Babi Yar” was published, the history of the massacre was shrouded in the fog of the Cold War.

“I don’t call it political poetry, I call it human rights poetry; the poetry which defends human conscience as the greatest spiritual value,” Yevtushenko, who had been splitting his time between Oklahoma and Moscow, said during a 2007 interview with The Associated Press at his home in Tulsa….

Years after he moved to Oklahoma, Yevtushenko’s death inspired tributes from his homeland.

Prime Minister Dmitry Medvedev said on the Russian social media site Vkontakte: “He knew how to find the key to the souls of people, to find surprisingly accurate words that were in harmony with many.”

A spokesman for President Vladimir Putin said the poet’s legacy would remain “part of Russian culture.”

Natalia Solzhenitsyna, widow of the novelist Aleksandr Solzhenitsyn, said on Russian state television that Yevtushenko “lived by his own formula.”

Russians take their love of literature to heights unimaginable in the USA. In the ’70s I was with a group of Russians at a large lunchtime event, at which an announcement was made that novelist Vladimir Nabokov had died. Many cried out, many others began sobbing.

I’ve read many posts here, and was somehow unaware Professor Jacobson is erudite in Russian literature and studied in Moscow.

I was on an Aeroflot jet in Moscow bound for London… being held up on the ramp due to a diplomatic incident in Alaska were US Coast Guard personnel were being held on a Bering Sea Russian trawler running away from the cutter after being caught in our fishing waters. What sent us on our way was that Yevtushenko was on our plane and the Soviets feared way to much fallout holding US citizens in his presence.

Minor correction in location. He was at the Hillcrest Hospital in Tulsa, not OKC.

Peace, Yevgeny, your brave voice will be missed.

In 1972 the custom in my dorm was to post a political or piquant philosophical statement on your door (this was pre-facebook). My door had my own translation (paraphrase?) of something by Mr. Yevtushenko that I had recently read:

Silence is a lie when it replaces the truth.
-Yevgeny Yevtushenko

The more common, and probably more precise, translation is:

When it replaces the truth, the silence is a lie.

Translation is like a woman. If it is beautiful, it is not faithful. If it is faithful, it is most certainly not beautiful.
-Yevgeny Yevtushenko

My dorm door sign said, “Blessed art the Civil Servants, for, they have inherited the Earth”..

“I am a Jew to every antiSemite,
And that is why I am a real Russian.”
RIP friend.