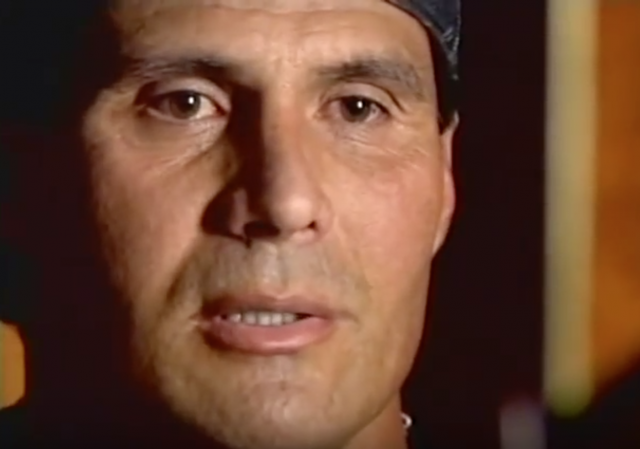 SOMEONE TELL KEMBERLEE! Actually, I already did. My fabulous co-worker loves to watch Jose Canseco’s Twitter timeline, but who can blame her? She documented his rant on Twitter awhile ago when he expressed concern over future robot overloads.

Turns out she can see plenty of him because NBC Sports California signed him as an Oakland A’s analyst! ALL THE SOUND BITES! From CSN Bay Area:

Through all of the controversy and sensational headlines that have marked his baseball career and beyond, one constant has stood firm in regard to Jose Canseco:

The man speaks exactly what’s on his mind.

That will serve A’s fans well as Canseco joins NBC Sports California as an on-air analyst for A’s Pregame Live and A’s Postgame Live. He’s part of a revamped lineup of former Athletics who will provide their expert insights and opinions throughout the 2017 season.

“I’ve got quite a bit of experience. I’ve pretty much been there, done all of that whether it’s on or off the field,” Canseco said. “I think the fans can expect the truth — an honest opinion, honest analysis — and hopefully in some shape or form we expand the fan base.”

The 1988 American League MVP and first player ever to hit 40 homers and steal 40 bases in the same season, Canseco’s baseball resume speaks for itself. For so many fans who grew up with a “Bash Brothers” poster on their wall, he was the defining presence of three consecutive pennant-winning A’s teams from 1988-90.

Those teams dominated with an ensemble cast of contributors. But in a time period when the Bay Area produced some of the biggest superstars across the national sports landscape, no one’s profile stood taller than Canseco’s.

“I pulled his rookie baseball card out of packs, watched him play countless games in person at the Coliseum,” said Brodie Brazil, host for A’s Pregame and Postgame Live. “It still hasn’t sunk in that we’ve added one of the Bash Brothers to our core of analysts. The kid and adult in me are both pretty stoked.”

I say we lobby Professor Jacobsen to give Kemberlee a daily column on Canseco’s thoughts! Grab the popcorn. This should be fun.