Media Becomes Victim of its Own Fake News Narrative

Media Becomes Victim of its Own Fake News Narrative 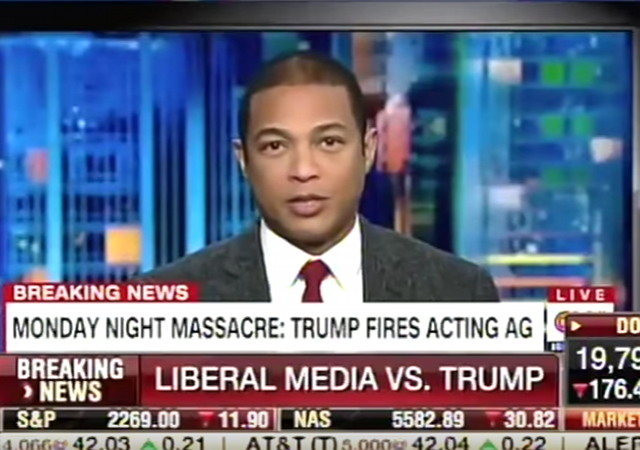 After the election, some Democrats and people in media claimed that “fake news” played a role in Trump’s victory. In recent weeks however, the media has made itself look absolutely foolish through a rash of false news reports.

David Rutz of the Washington Free Beacon put together a two minute reel full of examples:

After her surprise presidential election loss to Donald Trump, Hillary Clinton warned about the scourge of fake news that gripped social media during the campaign.

In a Dec. 8 speech, Clinton said an “epidemic” of fake news–a catch-all term for misleading, inaccurate, or outright false stories under the guise of news–can have “real-world consequences.”

Indeed, it still does.

Daniel Payne of The Federalist has compiled a list of examples:

Since at least Donald Trump’s election, our media have been in the grip of an astonishing, self-inflicted crisis. Despite Trump’s constant railing against the American press, there is no greater enemy of the American media than the American media. They did this to themselves.

We are in the midst of an epidemic of fake news. There is no better word to describe it than “epidemic,” insofar as it fits the epidemiological model from the Centers for Disease Control: this phenomenon occurs when “an agent and susceptible hosts are present in adequate numbers, and the agent can be effectively conveyed from a source to the susceptible hosts.”…

After Trump’s electoral victory on November 8, rumors began circulating that multiple transgender teenagers had killed themselves in response to the election results. There was no basis to these rumors. Nobody was able to confirm them at the time, and nobody has been able to confirm in the three months since Trump was elected.

Nevertheless, the claim spread far and wide: Guardian writer and editor-at-large of Out Zach Stafford tweeted the rumor, which was retweeted more than 13,000 times before he deleted it. He later posted a tweet explaining why he deleted his original viral tweet; his explanatory tweet was shared a total of seven times. Meanwhile, PinkNews writer Dominic Preston wrote a report on the rumors, which garnered more than 12,000 shares on Facebook.

The media’s problem is that they seem more interested in taking down Trump than they are in reporting the facts. In the process, they just keep damaging their already tarnished credibility.

A realist attempts to discover what is true. I leftist attempts to define or create “truth” to fit an agenda. So, fake news is “true” to a leftist if it works. Remember Dan Rather with his “Fake but accurate.” justification for his lies? Think about the “Ministry of Truth” from Orwell and used as a guidebook by the left.

“The media’s problem is that they seem more interested in taking down Trump than they are in reporting the facts.”

I disagree. The media’s problem is that they think truth is relative and that professionalism is whatever makes them feel good about their jobs. In other words, they are liberals and don’t know that liberalism is incompatible with journalistic integrity.

notamemberofanyorganizedpolicital in reply to irv. | February 7, 2017 at 1:51 pm

Progressive, and Liberalism in a criminal state of mind.

Modern definition of media: Lie to millions, apologize to dozens, declare neutrality and absolute authority over the Truth.

It was just reported that by the news that there were NO fake news stories published. Donald Trump still has no examples to provide of fake news stories and just continues to make baseless accusations against the impeccable media.

The media would also like to remind all viewers that Hitler is literally in the White House.

Remember – they had this queued up BEFORE Hillary lost the election. You know, when they thought she was going to be in charge of ‘handling’ it.

‘Fake News’ was them getting ready for outright censorship of anybody that disagreed with them.

‘Fake news’ has been around a long time in the past century.

The Amerikan left has been taking its shot – in light of weak GOPe leadership.

They did not foresee on Donald Trump. Thus, their pedal to the metal.

The only thing that stands in the way of defeating the left in this country is the GOPe.