A no vote can cause massive trouble for Italy and Europe’s economy. 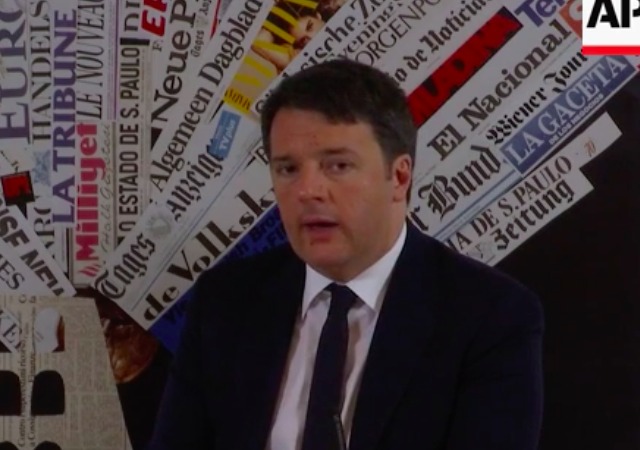 2016 has been a crazy year for governments with the United Kingdom voting to leave the European Union and Donald Trump winning the presidency here in the states. Now Italy is moving towards uncertainty as polls show Italians do not want Prime Minister Matteo Renzi’s referendum.

Renzi promised to step down if his referendum fails. These referendums will “reduce the role of the Senate and transfer powers to central government from the regions.” The Wall Street Journal reports a rejection could tumble bank shares and weaken the euro.

The markets have already shown distress since “the spread between the yields on German and Italian government bonds has widened to more than 1.6 percentage points, the widest it has been since the European Central Bank started buying bonds in March 2015.” So what could all happen to Europe’s third largest economy?

The worst-case scenario goes something like this: A defeat for Mr. Renzi would lead to a period of political instability. Mr. Renzi could follow through on a pledge to resign or be forced into a new coalition until elections are held in 2018. Either way, markets would interpret his defeat as proof that Rome is incapable of reform, raising doubts about Italy’s ability ever to deliver the kind of growth needed to put its debt burden of 135% of gross domestic product on a sustainable footing.

That in turn would make investors even more reluctant to put capital into the Italian banking system, forcing banks to impose losses on bondholders, many of whom are ordinary savers. That would create a spectacular political backlash that could bring the deeply euroskeptic, antiestablishment 5 Star Movement to power in 2018, putting Italy’s euro membership in doubt.

Remember, Italy has Europe’s third largest economy, which means it “is simply too big to save with repeated European and International Monetary Fund (IMF) bailout packages:”

Experts believe Italy’s economy needs to survive to save the EU:

“Italy is bigger than Brexit,” said Guy Monson, chief investment officer at Sarasin & Partners. “Until Italy is growing, we can’t really say the decade of European crises has passed us.”

However, investors might see a no as a terrible thing. The markets panicked after Brexit, but quickly picked back up. The stock market tanked after Trump won, mainly because it expected Hillary Clinton to win, but now the stocks have seen record high closings:

To be sure, some investors have pointed to the positive stock market response to the U.S. election and the recovery in risk assets after an initial selloff following the U.K. referendum in June as reasons to expect any referendum selloff to be short lived. And the political fallout could be less severe than feared if a credible caretaker government takes over and support for the 5 Star Movement fades.

“When [investors] understand there are a lot of steps in between and the chain of events isn’t automatic, they realize the outcome of the constitutional referendum is much less risky than they thought,” said Giovanni Zanni, head of economic research for southern Europe at Credit Suisse.

Whatever the vote on this particular bit of desperate patch-up, the Italian economy in its present form is doomed. Recall that about the time another of the PIIGS states, Greece, and its perpetual defaults were in the news, Italian debt passed the point at which any realistic (however improbable) future growth figures would not allow it to keep up with its interest payments on its current debt. In other words, catastrophic default is inevitable; no known human force can stop it. There are tools which would limit the damage—specifically, devaluation and inflation— but those aren’t available to Italy while it’s locked into the Eurozone.

It’s a repeat of the Greek problem, only even less excusable. The Italians are not quite so susceptible to the siren call of communist ideas of finance; they actually have some useful and productive industries; and they’re far bigger, with considerable resources. But they’ve spent themselves into the bottom of what is technically known as “the bucket”.

Spain, Ireland, Portugal are not far behind, but they haven’t yet passed the point of no return … quite. But Italy? It’s Descent into the Maelström time, with nothing but crushing debt and even higher interest rates at the bottom.

A breakup of the EU would allow Italy to take steps which would soften the landing, and although that wouldn’t make it much easier to woo future bond buyers, it would at least permit the banks to stay open and keep pensioners from starving. And it would allow the rest of Europe to pretend, for a while anyway, that everything is fine, at least until the new “immigrants” impose their weird Muslim ideas of banking and debt.

There’s a weird phenomenon noticed by FAA investigators; persons flying homebuilt aircraft which get into trouble almost never bail out, even though they have the requisite safety gear (i.e., parachutes)—instead they almost invariably stick with it, trying to salvage the situation as they ride it right into the ground. The reluctance to abandon a project one has poured so much time and effort into makes it impossible for them to recognize when it’s really, really time to bail.

“The referendum will reduce the role of the Senate and transfer powers to central government from the regions. Dantooine is too remote to make an effective demonstration – but don’t worry; we will deal with your rebel friends soon enough.”

“And the political fallout could be less severe than feared if a credible caretaker government takes over and support for the 5 Star Movement fades.”

Meaning, “Toe the line politically or the banking and finance industry will punish you.”

It’s almost as if people everywhere realize that local control is better and that globalists are just leaches.