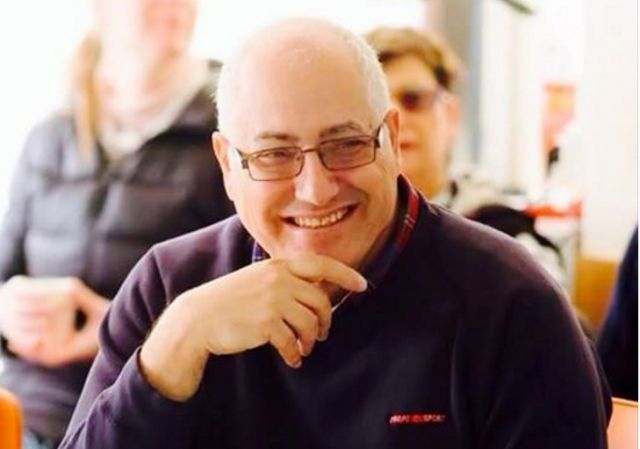 The resolution was opposed by many Israel anthropologists, including Dr. Michael Feige of Ben-Burion University of the Negev: 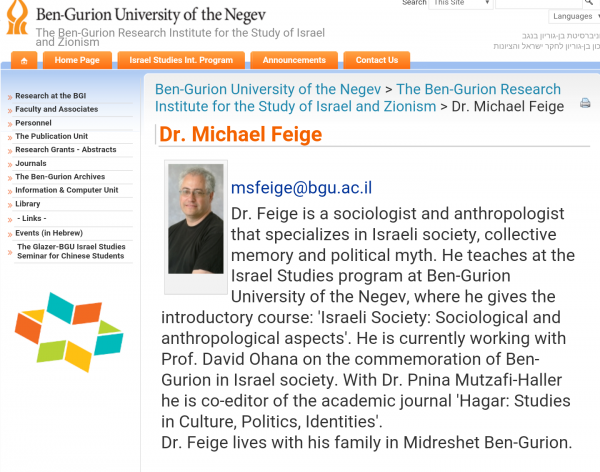 The boycott, if passed, would have directly affected not only universities like Ben-Gurion, but those who work there like Dr. Feige.

Feige was one of hundreds to sign a statement against the boycott, which read in part:

The call by anthropologists to boycott Israeli universities is a refusal to engage in a productive dialogue. It cannot claim the moral high ground by attempting to pass as ‘concerned engagement.’ Focusing on Israel alone, and condemning colleagues without understanding the lives they lead and the specific labor they pursue, is counter to the spirit that anthropologists everywhere should strive to uphold. In Israel/Palestine as elsewhere, anthropologists can contribute by listening, learning, and leaving room for ambiguity. Our unique skills lie in examining and challenging the taken for granted while suggesting new perspectives and previously unimagined ways to subvert the violence of the status quo. We urge all anthropologists to consider the manifold ways in which anthropology and anthropologists might move forward in the search for justice and in striving for peace in Israel/Palestine. Boycotting Israeli academic institutions is not one of them.

Despite the loss of the resolution vote, the AAA Executive Board, led by Alisse Waterston, AAA’s president and an anthropology professor at the John Jay College of Criminal Justice, issued without a membership vote a censure and other steps against Israel.

A key justification for the censure and other steps was Israeli security practices such as checkpoints (italics added):

1. Issue a statement of censure of the Israeli government

The censure will be lifted at such time that Israeli government policies and practices indicated above, many of which are codified in law, are amended. AAA will charge the Committee for Human Rights (or its future substitute) with monitoring the situation on a regular basis.

2. Issue a letter to the relevant ministries of the Israeli government

The letter will call on relevant ministries of the Israeli government to: * * *

Dismantle the “closure regime” (term used by the World Bank in a 2007 report) that includes physical impediments such as checkpoints, roadblocks and gates….

Inside Higher Ed reports that AAA’s president defends the unilateral Executive Board action, taken without a membership vote:

….Alisse Waterston, AAA’s president and an anthropology professor at the John Jay College of Criminal Justice, said these and other actions were developed to align with the mission and values of the association as a professional society as well as the findings and principles outlined in a report from a task force the AAA commissioned on the Israeli-Palestinian conflict. The task force — whose report was criticized by boycott opponents as an “unbalanced, one-sided document” that “reduces this Middle Eastern conflict to a string of accusations toward Israel” — urged the association to take action of some form in response to what it characterized as “the lengthy history of displacement, land loss, discrimination, restrictions on movement and free speech, and adverse health and welfare effects that Palestinians have experienced as a result of Israeli state policies and practices.”

“The consensus within the AAA remains and that is that there are serious human rights problems that exist in Israel/Palestine as a result of Israeli state policy, practices and the occupation and that AAA must take a course of action,” said Waterston.

Two days after the AAA Censure, Palestinian terrorists from a town near Hebron in the West Bank killed 4 people  (with others in critical condition) by shooting up a Tel Aviv restaurant. One of those murdered was Prof. Feige:

Ben-Gurion University of the Negev bows its head in mourning and sends its deepest condolences to the family of Dr. Michael Feige, who was murdered by terrorists in the attack on the Sarona Market in Tel Aviv last night.

Dr. Michael Feige, 58, was head of the Israel Studies Track in the Faculty of Humanities and Social Sciences and a member of the Ben-Gurion Research Institute for the Study of Israel and Zionism at Ben-Gurion University of the Negev. A sociologist and anthropologist, he specialized in Israeli society, collective memory and political myth.

His book Settling in the Hearts: Jewish Fundamentalism in the Occupied Territories won the Shapiro Prize for Best Book from the Association for Israel Studies in 2010.

Prof. Oren Yiftachel, head of the Department of Interdisciplinary Studies at BGU: “Michael was a colleague and friend. This is a very sad day. He was one of those who was head and shoulders above the crowd. An amazing person and a fantastic researcher. An anthropologist and sociologist of Israeli society. He was not political despite researching political subjects. One of his famous research studies was a comparison between Peace Now and the Gush Emunim settlers in his book One Space, Two Places. He has another famous study about Mini Israel, and about what the site says about Israelis.

“He was a very important researcher who delved into sensitive topics and derived interesting insights. He was one of the good ones, open and attentive. He was a true democrat, a rare breed in that regard. This is a heavy loss for our university. He had the ability to understand all sides and therefore he was such a good anthropologist.

He was born in Israel in 1957 and received all three of his degrees from the Hebrew University of Jerusalem in Sociology.

Feige is survived by his wife Nurit and three daughters. 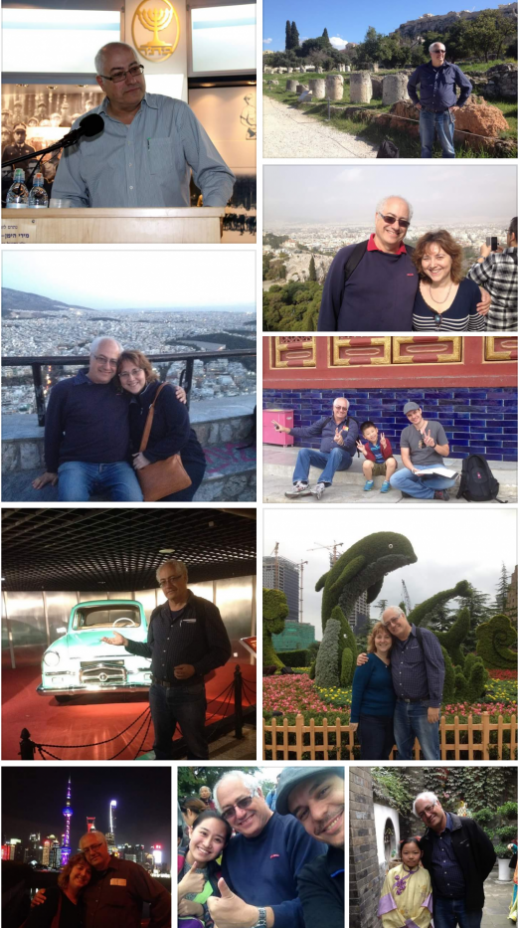 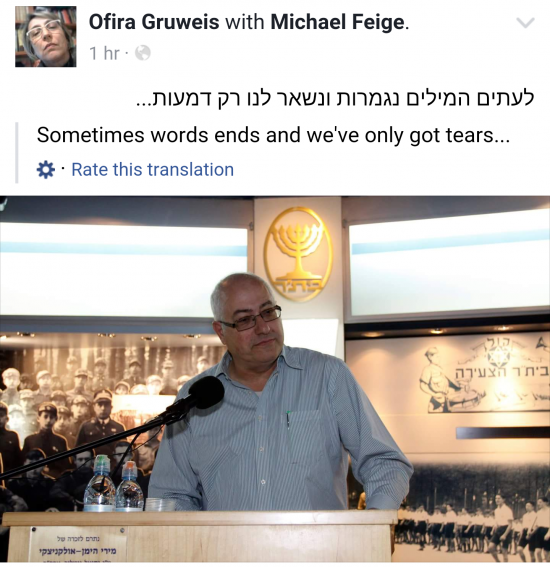 Students, faculty and staff at Ben-Gurion University also issued a statement, which reads in part:

All who knew Michael knew that he was always able to combine his penetrating and analytical thinking with a profound respect for others and a gentle and accepting manner even in argument and debate.

Michael was a friend, scholar, and teacher. Above all, Michael was the incarnation of a man of reason, tolerance and peace.

We are left with a deep and painful void with his loss.

I reached out to AAA for comment, but as of this writing have not heard bacK:

Does AAA have an official reaction to the murder of Israeli anthropologist Dr. Michael Feige of Ben Gurion University in the Tel Aviv restaurant shooting yesterday? Does AAA condemn the murder? Does AAA intend to reconsider its censure of Israeli security measures in light of the attack carried out by two people who infiltrated Israel from the West Bank?

[Update 10:25 a.m.] AAA forwarded me this statement in response to my request:

We are deeply saddened by the tragic death of Dr. Michael Feige, professor of anthropology at Ben Gurion University. Dr. Feige was killed in yesterday’s shooting in Tel Aviv. His and all loss of life make it all the more urgent that peace with justice be achieved in Israel-Palestine. Violence must come to an immediate end. Our thoughts and prayers are with Dr. Feige’s family at this time.

Meanwhile, in Tel Aviv, mourners gather at the site of the shooting. 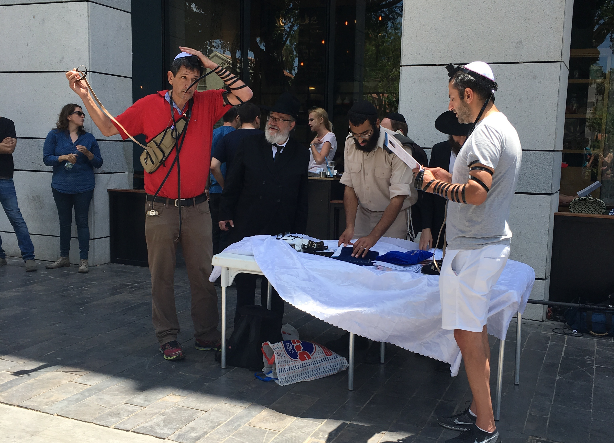 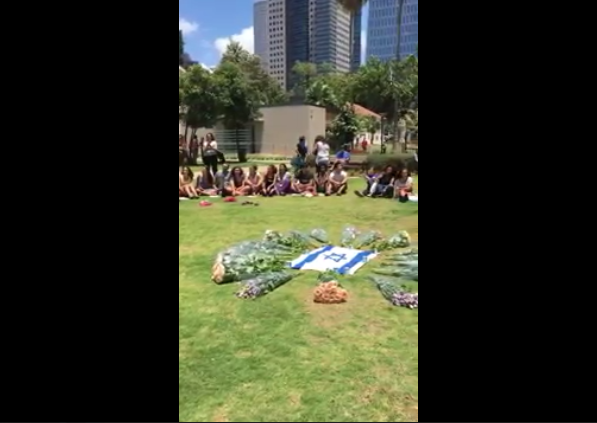 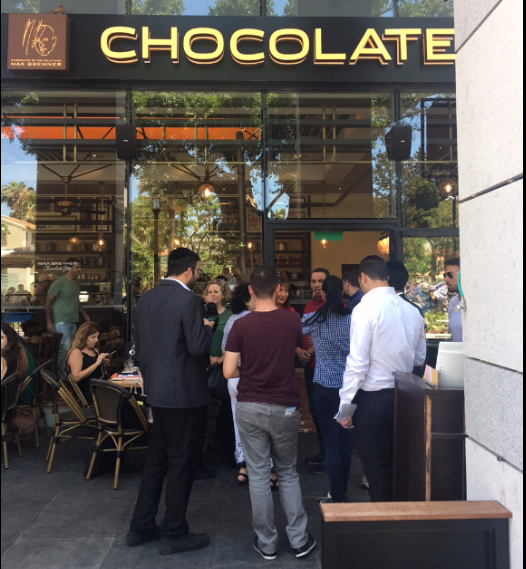 In another example of Israeli resilience, the diners returned this morning to the Max Brenner restaurant: 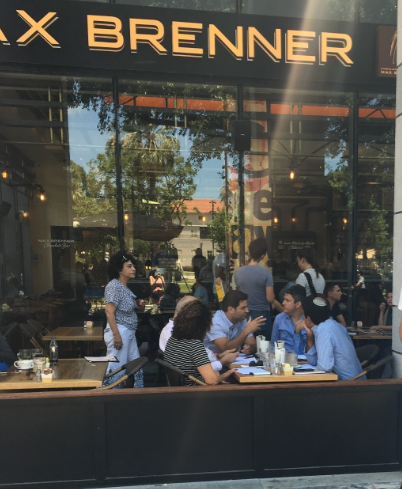 And the Israeli government has revoked the easing of security measures implemented for Ramadan.

Some of the American colleagues of this victim will see the irony inherent in his murder and their association’s action.

Others will cluck their tongues, and note to themselves that this is why Israel must cease to “occupy” land. “Such a tragedy…”, they will say.

But it isn’t a tragedy. It’s murder in the name of a BIG LIE.

Will it make any difference? Two MSNBC panelists blame Israel, as, to some extent, does the mayor of Tel Aviv, from the Labor party, part of the so-called “Zionist Union”. And if you think MSNBC has no reach, remmember the “MS” (Microsoft) part of it, which includes their browser’s home page.

THAT’s how you do it! Good on ya, Australia!

Unfortunately, some of the biggest advocates of an academic boycott of Israel teach in Israeli universities.

Not forgetting that O refused to allow Israeli students a visa to study in the USA, just a few years go