Israel: We will prove the settlements are legal

Israel: We will prove the settlements are legal 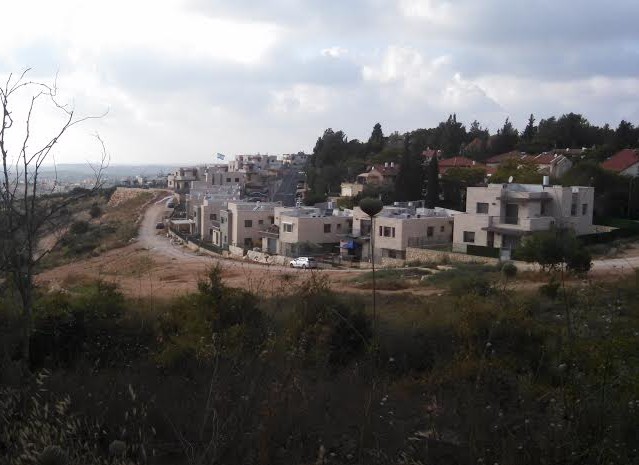 After enduring decades of condemnation for “illegal” settlements in the West Bank, Israel is preparing a formal legal defense for general distribution.

The forthcoming report is being produced under the auspices of Deputy Foreign Minister Tzipi Hotovely and is expected to build upon a 2012 report by the Levy Commission that concluded West Bank settlements were consistent with international law.

The Levy Report was named for its lead author, former Israeli Supreme Court Justice Edmund Levy, and formally titled “The Commission To Examine The Status Of Building In Judea And Samaria.” The Israeli government only released its conclusions and recommendations in English, but third parties have translated the legal arguments. Perhaps due to its limited release, the Levy Report garnered little attention outside of Israel.

The Levy Report argues that Israeli settlement of the West Bank is legal for two independent reasons.

First, the Levy Report concludes that the legal argument against settlements, Article 49 of the Geneva Convention, is inapplicable. Article 49 prohibits deportation or transfer of the occupier’s own population into the occupied territory. The Levy Report quotes noted legal scholar Eugene V. Rostow*:

[T]he Convention prohibits many of the inhumane practices of the Nazis and the Soviet Union during and before the Second World War – the mass transfer of people into and out of occupied territories for purposes of extermination, slave labor or colonization, for example…. The Jewish settlers in the West Bank are most emphatically volunteers. They have not been “deported” or “transferred” to the area by the Government of Israel, and their movement involves none of the atrocious purposes or harmful effects on the existing population it is the goal of the Geneva Convention to prevent.

The authors of the Levy Report likewise “do not believe that one can draw an analogy between this legal provision and those who sought to settle in Judea and Samaria not as a result of them being ‘deported’ or ‘transferred’ but because of their world view – to settle the Land of Israel.”

Second, the Levy Report separately concludes that Israel has the best and only claim to sovereignty in the West Bank, and is entitled to settle its own people on its own territory.

The Ottoman Empire was sovereign in all of the relevant territory until its dissolution after WW I. In 1922 the League of Nations appointed Britain to oversee the Palestine Mandate for the express purpose of establishing a Jewish State, consistent with previous British policy and international agreements. The Palestine Mandate included all of modern Israel, the West Bank, Gaza and Jordan. Britain was never sovereign in any part of the Mandate.

The Mandate expired at midnight May 14-15, 1948, and Israel declared independence. In the ensuing war between Israel and its Arab neighbors, Jordan occupied the West Bank. Jordan annexed the West Bank in April, 1950, claiming sovereignty, but Jordan’s claim was generally rejected and it rescinded its claim in 1988.

Thus the original legal status of the territory was restored, namely, a territory designated [in the Palestine Mandate] as a national home for the Jewish people, who had a “right of possession” to it during Jordanian rule while they were absent from the territory for several years due to a war imposed on them, and have now returned to it.

The Levy Report accordingly concludes that Israel is sovereign and entitled to settle its population on the West Bank in any event.

The Levy Report also offers a clue about what to look for in the brief expected soon. The Levy Report notes that “Israel…had the full right to claim sovereignty over these territories, and all Israeli governments believed so, but they chose not to annex them and take a pragmatic approach in order to allow for peace negotiations with representatives of the Palestinian people and the Arab states.”

Implicit in this statement is the possibility that Israel could legally annex all or part of the West Bank at a time of its choosing. So long as pragmatism dictates forbearance, Israel will not annex anything.

However, even some of the peace process’s staunchest advocates have concluded that peace negotiations have run their course and failed. Israel hasn’t the desire, the will or even the ability to uproot West Bank settlements as they did the Gaza settlements in 2005. It may be that annexing the settlement blocs around Jerusalem and those integral to Israel’s defensive posture have become the pragmatic option.

Look for additional development of the argument that Israel may annex West Bank territory at will.

Long overdue, but of course the leftists in the West will ignore it. Doesn’t fit The Narrative.

This is very positive news! I’m tired of the concept of “The West Bank.” It should be called Judea and Samaria.

The Israeli government ought to grow some balls and take a few pages from Trump’s book. Forget this crap about sounding apologetic and making a legal case for claiming land that is yours. The land is yours, dagnabbit! Why give land to people hell bent on killing you?

Yep, if the Arabs want to claim the name “Palestine”, let them. As I said a long time ago, insist on using the names Judea and Samaria. Keep talking about Temple Mount. Reclaim Bethlehem; it’s David’s city. Reclaim Hebron. Then go New York on them: you got a problem widdat? What? What? What?

Great article – supporters of Israel need to familiarize ourselves with these facts so that we can give a confident and well-reasoned response whenever we hear Israel called “illegal occupiers” etc.

It would be great if main stream media were to site this on a regular basis!

From the River to the Sea, it should all be Israel proper.

From Lebanon to Egypt. Stand on the mountain and gaze as far as the eye could see. It’s all yours, Israel. I just wish Jews would be less apologetic and more New York. But that’s what approximately 2,000 years of persecution culminating in a devastating Holocaust will do to you.

I don’t really follow this issue closely, but it seems like Israel should just annex the West Bank and pull the band aid off. Sure the UN and Arab League would howl, but once it’s done, it’d be very tough to undo.