Obama Desperate to Prop Up ObamaCare by Bailing Out Insurers

Obama Desperate to Prop Up ObamaCare by Bailing Out Insurers 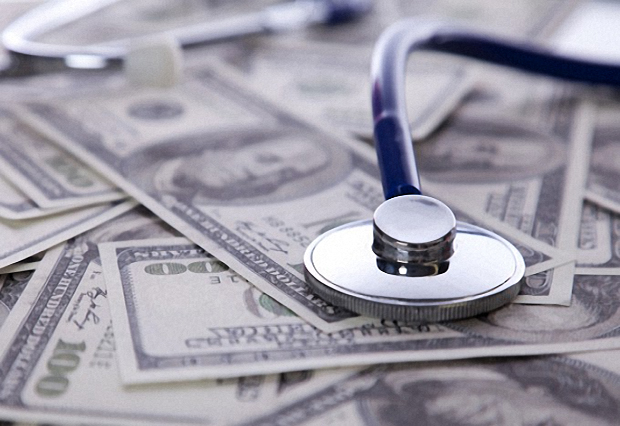 The Obama administration responded by “quietly” promising to bail out health insurers in yet another attempt to save his clearly ineffective and flailing signature law.  The debate centers, once again, on the so-called “risk corridors” built into ObamaCare.

. . . .  On Thursday, the administration tried to calm insurers, sending them a written memo full of promises. Obama’s Department of Health and Human Services vowed to go to Congress for full funding to reimburse insurers for their losses.

At issue is the Affordable Care Act’s so-called “risk corridor” program. Profitable insurers are supposed to pay into a fund every year to help unprofitable insurers. But with nearly all insurers losing money on ObamaCare, there’s not enough money in the pot. Insurers requested $2.9 billion to offset their 2014 losses, and were told they would get only 13 cents on the dollar, because the pot is so empty.

The moneys used to bail out the insurance industry are supposed to come from money paid in by ObamaCare users; however, there is not enough money to cover losses.

The industry lobbying group America’s Health Insurance Plans — which happens to be helmed by Marilyn Tavenner, who previously oversaw the implementation of Obamacare as head of the Centers for Medicare and Medicaid Services — is aggressively fighting for more money.

In a statement issued Thursday, the same day that the nation’s largest insurer, UnitedHealth announced it may exit Obamacare due to mounting losses, Tavenner said, “We’ve been very clear with the administration about the serious challenges facing consumers and health plans in this Exchange market. Most recently, nearly 800,000 Americans have faced coverage disruptions as a result of the significant and unexpected shortfall with the risk corridors program. When health plans cannot rely on the government to meet its obligations, individuals and families are harmed as a result. The administration must act to ensure this program works as intended and consumers are protected.”

In an effort to reassure the industry, CMS, the HHS agency Tavenner previously led, issued guidance reiterating that HHS would use money collected from insurers in 2015 and possibly 2016 to make up the $2.5 billion shortfall that exists in 2014.

But what happens if there still isn’t enough money, and after 2016, the program is taking in less than the money sought by insurers?

This is only going to make the bankruptcy look worse in 2016. They are promising companies money from non-existant future health insurance profits.

What reason is there to expect the finances of Obamacare to be better a year from now? They are heading off a cliff, like General Motors.

So now what? They are promising them maybe they can get the money out of Congress. Or somewhere.

It’s not that they shouldn’t be bailed out, but I don’t think Congress will do this without drastically changing the law.

Maybe Obama just wants his signature accomplishment to last until he leaves office? After he is gone – he can blame someone else.

I remember the way the system used to work. When you visited a doctor, you paid in full on the way out. If you happened to have insurance, you’d send them a copy of the receipt and in in a couple weeks you’d get a check in the mail for the covered amount. But that was before the government imposed itself into the marketplace to “help” us.

Was just informed by my second plan that it is not grandfathered and I will “probably” not be able to keep it next year – but if I am, to expect a large rate hike.

Every year with Obamacare is worse than the year before! In our last year *before* Obamacare kicked in, my wife and I (both in our early 60s + good health) paid a combined monthly premium of $720 for a quality HSA-compatible PPO policy (i.e., we could see any doctor without regard to “network”), subject to a combined annual deductible of $6K.

In the second year of Obamacare, our existing policy was again CANCELLED, and although our monthly premium was largely unchanged, our combined deductible went up to about $14K (i.e., another 18% increase), and we were forced into an HMO that greatly restricts the doctors we can visit.

Bottom line is that, after 2 years of Obamacare, our premiums increased 60%, our deductibles increased 133%, and we’re now greatly restricted to a narrow network of doctors and pharmacies. On an annual basis, we now have to pay $28K in premiums and deductibles – which is 35% of our combined household income! – before we see a *penny* of benefits.

This isn’t health insurance. It’s rape of the middle class.

I still have my grandfathered BC/BS plan, but it has quadrupled in price.

Guess what taxpayer? You are going to take it the shorts again!

Remember it’s been done to you many times!

The American Recovery and Reinvestment Act of 2009 (ARRA)

And now the Obamacare Bailout!

Actually, the federal government made a profit on TARP, which included the auto bailouts in the second part (which was unnecessary for the purpose it was passed, but not a net loss to the feds). Try to keep your facts straight so you don’t look stupid. Makes a joke of your username.

ARRA (‘stimulus’) was just a payoff to Democratic constituencies, passed by a filibuster-proof Democratic Congress.

Here is an interesting article at National Review that pokes a hole in the “tarp made a profit” meme.

Use those arguments to reduce your investment gains on your tax return, and see what happens.

In the real world, getting back more than you paid out is a profit.

Consideration of the time value of money IS the “real” world.

Nobody (i.e. taxpayers) likes Obamacare. The GOP needs to produce an ad that, in 20 seconds, plainly and truthfully explains the bad math driving it. Play the ad relentlessly until it’s more ubiquitous than a “John 3:16” sign at an NFL game.

Those whose rates have skyrocketed don’t need convincing, but the Dems who are in that category still need prodding to keep them from pulling the Dem lever next year. Constantly reminding them that it is their party that has lightened their pockets is the best way to do that.

Oh pleeeeeeeeze pResident Obama, can’t we have SINGLE PAYER to save us? Pretty please with sugar and TAX MONEY on top.

Anybody want to help me write a book for the low info types that explains that if you adjust your exemptions and don’t get a big “refund” from the IRS for OVERPAYING your income tax, you can drop your ridiculous obamacare policy, save your money and not have to PAY the “penalty” tax for not having “insurance”. And the IRS cannot force you to pay the “penalty” tax.

“unexpected shortfall” is total BS. It was clear from before ACA passed (was crammed down) Congress that adding people, inflating no-co-pay “benefits,” and requiring healthy young people (the “invincibles”) to pay extreme high premiums as the way to subsidize old and sick people meant the whole thing was a failure guaranteed from the jump. “unexpected shortfall” indeed.

Not to worry. The GOP Congress will be happy to provide funds.

It is in the works now. The Republicans will appropriate enough taxpayer money to bail out Obamacare, and then will be surprised and perplexed when they disappear as a party.

The risk corridors were built into the bill because the big insurers refused to participate without them. They told the Democrats during development that it was a sure money-loser, so three years of subsidy were built in.

The catch was the funding. To ensure future Congresses couldn’t kill the system by cutting off the money, the funding was all built-in. Cruz knew the shutdown would have no effect at all on the bill, but it enabled him to amass an email list of 1.5 million people who weren’t that bright, and even believed signing an internet petition would help do something beyond giving Cruz their address for soliciting. Suckers.

The catch of course was that funding for risk corridors was to come from the profits made by other plans. Democrats see everything as zero-sum. The other plans haven’t made enough to tax to cover the losses.

Now Democrats will demand single payer to “fix” it – and Trump likes the idea. Stupidity is clearly bipartisan.

No, all Congress has to do is send the actual spending bill with the following line:

“Absolutely no moneys appropriated in this bill will be used to subsidize Obamacare.”

If he vetoed it, then let the thing shut down, and impeach / take him to court for anything he does without an appropriation.

Of course, chain lickers see that as impractical.

The Arizona individual market has imploded. Two plans have bellied up (one after 102 years in business – that’s not a typo) and three remaining majors will offer no PPO plans next year. Rate increases for the three majors’ HMO’s will be >20%. So much for “affordable.”

Are we allowed to say “told you so” ?

No. But we are allowed to praise Obama’s compassion and caring.

We can fix this. Start implementing an income tax on all the politicians, say 100% of their income and use it to make up for the shortfall.

While we’re at it let’s pass laws in each state to force all US Reps and Senators to use Obamacare.

What if all members of Congress were required to use Obamacare as their only insurance?

Well, they would probably vote themselves a great pay increase to cover any additional expense.

Likely barred (or at least significantly delayed) by the 27th Amendment.

Next year all medium and large businesses will be required to conform to ObamaCare. This is a disaster in the making and should kill ObamaCare.