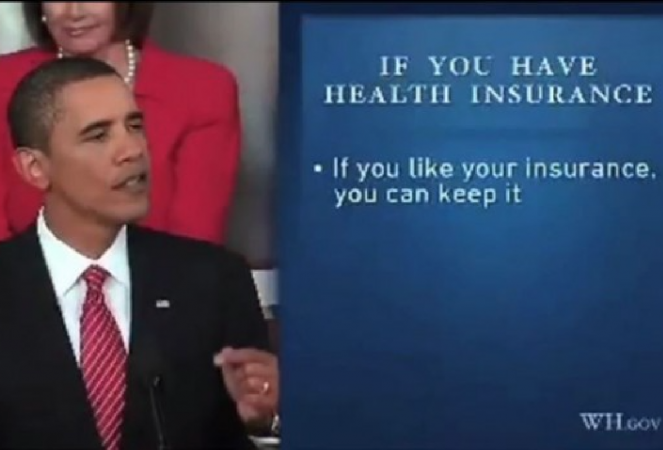 12 of the 23 taxpayer funded non-profit co-ops created under the Affordable Care Act are shutting down, all due to financial trouble. Now, the nation’s largest non-profit co-op is under investigation by state authorities.

New York’s largest co-op Health Republic, also on the closure list, is in far worse shape than originally reported. Other co-ops will continue offering their plans through the end of the year, but Health Republic of New York is in such dire financial shape, they’re closing a month early. The closure will leave more than 200,000 New Yorkers with cancelled health insurance plans.

“NYDFS investigators are collecting and reviewing evidence relating to Health Republic’s substantial underreporting to NYDFS of its financial obligations,” the state said in a statement. “Among other issues, the investigation will examine the causes of the inaccurate representations to NYDFS regarding the company’s financial condition.”

The co-op responds that it has been transparent.

“We have been working closely and transparently with our state and federal regulators since our inception, including monthly regulatory filings and numerous meetings to discuss potential avenues to improve our financial position,” Health Republic said in a statement.

So far, taxpayer dollars lost because of co-op closures clocks in at around $1.1 billion.

As we discussed when the eleventh co-op closure was announced:

The administration was warned non-profit co-ops would ultimately be a bust with a hefty price tag, yet they forged ahead anyway.

By the end of 2014, 21 of the 23 non-profit health insurance co-ops created under the ACA were losing money. Enrollment was well beneath expectations in 13 of the 23 plans. Less than a year later, almost half have closed.

The Wall Street Journal attributed the lack of federal funding to state level non-profit co-ops to the hard work of Congressional Republicans who through budget negotiations, were able to whittle the administration’s $10 billion bailout bid down to about $2.4 billion. Slim federal pickings have left co-ops starved for cash and unable to meet the demands of their enrollees.

And so the Obamacare dumpster fire rages on.

The Ponzi scheme never got the right number of people to sign up to keep the money flowing. Now without enough paying in they can’t keep it afloat. This is Bernie Madoff that’s legal. No one ever thought this would work and as long as most workers get their healthcare coverage through their employer the public will never know what a total loser obamacare is. After it fails obama will be out of office and will say that the Republicans killed his legacy.

After it fails obama will be out of office and will say that the Republicans killed his legacy.

Oh, his legacy has already offed itself. But in a couple of years, there will appear a blockbuster of a movie entitled ‘The Legacy of Obama’, with a plethora of creative angles revealing the horror that it really was.

Not with the crop of backstabbing cowards infesting the GOP: when Washington speaks with one corrupt voice (that is, the Boehners and McConnells being led by the nose), the corrupt democrat media will have the day over conservative media.

Get real men and women in high positions of the GOP and the truth about Obama will make it to the masses.

The best way to fight Obamacare is to do nothing at all and let it unravel all on its own.

Alas. If we don’t “repeal and replace” it will be the next Democratic president, somewhere down the road, replacing Obamacare with a real nationalized healthcare system.

Then we can all die waiting to see a doctor, except for the politically well-connected.