BDS sorry it got caught. 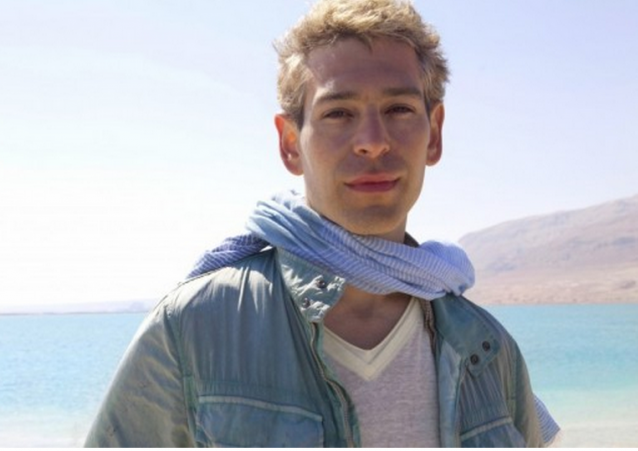 American Jewish reggae singer Matisyahu was banned from the Spanish Rototom Sunsplash festival after intense pressure from supporters of the Boycott, Divestment and Sanctions movement, who demanded that Matisyahu sign a pledge supporting a Palestinian state.

Matisyahu was singled out because he was Jewish. He’s not even Israeli. No other musician, regardless of his or her politics, was asked to take a political pledge.

It was a huge victory for BDS, which routinely seeks to prevent Israeli musicians from appearing at festivals around the world for the crime of being Israeli and Jewish (the ban doesn’t appear to be enforced as to non-Jewish Israelis.)

When Matisyahu was first banned, there was much joy in BDS circles, particularly in the United States where BDS leaders like Max Blumenthal, Ali Abunimah and Joe Catron publicly supported the decision. (And apparently still do.)

But then a funny thing happened on the way to this huge BDS victory. In fact, something quite unusual in the world of BDS bullying in Europe — the world expressed outrage.

As previously detailed, a leading Spanish newspaper called the move what it was — flat out anti-Semitism and discrimination, not to mention the suppression of speech:

It is absolutely unacceptable that in the Spain of the 21st century, individuals and organizations can still demand that somebody explain themselves in ideological terms in order to be able to exercise their profession, and takes us back to the dark days when everybody was required to prove their religiosity and purity of blood.

Anti-Semitism and discrimination on the grounds of ideology cannot be tolerated and must be stood up to. Criticism of Israel’s policies and defense of the Palestinians cannot be used as cover for systematic persecution of those who hold different views, or because they are Jewish. Spain’s politicians need to speak out about this scandal that questions this country’s commitment to free speech and thought.

And the Festival organziers backtracked, apologized, and reinvited Matisyahu to the festival.

The whole incident exposed BDS for what it is — a movement which is focused on punishing Jews.

BDS was born at the anti-Semitic 2001 Durban conference, it hates Israel because of the Jewish nature of Israel, it enforces its boycott policies against Jewish individuals almost exclusively, and when push comes to shove, its crowds often devolve into anti-Semitic hatefests and street taunts as now are common in Europe.

That there are Jews active in BDS doesn’t change the nature of the movement.

Writing in Haaretz, Ron Ben-Tovim makes a good point, Spanish Festival Apologizes to Matisyahu, but the Truth About BDS Is Already Out:

The Spanish festival that canceled Matisyahu’s performance earlier this week over BDS pressure changed its mind on Wednesday and is re-inviting the Jewish-American reggae singer. But it’s too late – the truth about an ugly side of the boycott, disinvestment and sanctions movement is already out of the proverbial Bob-Marley-themed bag….

For years, BDS activists have worked hard to denounce criticism of their movement as anti-Semitic. “It’s not about Judaism, or Jews,” they said, “but about the belligerence of Israeli policy.”

That claim received quite a body blow with this latest turn of events. While far from coloring the entire movement as anti-Semitic, the Spanish, inquisition-like push for Matiayahu’s “confession” regarding his political views, if only because he is a Jewish man, leaves a tad more than just a bad taste in one’s mouth.

Now BDS is in a panic, trying to claim that what happened to Matisyahu was not really “BDS” it was some perversion of BDS.

Ben Norton, a writer at the anti-Zionist Mondoweiss website and elsewhere, posted at his own website that Cancellation of Matisyahu’s Performance Blatantly Defies BDS:

The cancellation of Matisyahu’s performance, however, blatantly defies the most basic principles of the BDS movement.

The founders of BDS, which was called for by Palestinian intellectuals and activists, made it absolutely clear years ago: BDS targets institutions, not individuals….

The disinvitation of Matisyahu makes no political sense. The artist has made it clear that he is not a hardline Zionist. And, even if he were, it would not matter, as BDS does not target individuals based upon their political views. Once again, BDS targets institutions, not individuals.

When you boycott a university, an orchestra, or a dance troupe, you are boycotting people. Just like the American Studies Association originally wanted to bar individual Israelis who were representatives of their universities from its annual meeting (until legal threats forced them to back down), so too it is a myth that there is a BDS line between institutions and individuals.

So it is no surprise that an Israeli filmmaker who received no government support for his film about disabled children was barred from a film festival in Norway by the pro-BDS director:

Roy Zafrani, the director of “The Other Dreamers,” was turned down by organizers in a decision he termed “absurd,” the Yedioth Ahronoth daily reported Wednesday.

“I’m sorry but we can’t show this film,” a letter from the organizers to Zafrani said. “We support the academic and cultural boycott of Israel so unless the films are about the illegal occupation, or deals with the occupation or the blockade of Gaza, or otherwise about the discrimination of Palestinians, we can’t show them.”

Zafrani denounced the decision while declining to name the film festival in question.

“Film is meant to bring people together, not drive them apart,” he told the paper. “I see films from all over the world, from Syria to Iran, and learn about the people beyond their leadership. No one would boycott an Iranian director because of what his government does, so if he doesn’t get that sort of reception, neither should I.”

By cutting ties with a prominent Jewish American musician because he refuses to criticize Israel, activists who claim to be members of the BDS movement are not only contradicting the movement’s most fundamental principles; they are furthermore giving ammunition to those who seek to demonize the peaceful, multiracial, and interreligious BDS movement, an anti-racist movement that seeks equality, liberation, and justice for all.

Maybe Norton doesn’t truly know the movement he supports. Norton’s argument seemed genuine, but similar arguments by people like Omar Barghouti, the leader of the BDS movement, appear to me no more than regrets for getting caught.

When BDS leaders in America support and defend the ban on Matisyahu, maybe it’s time to admit that BDS is not what it pretends to be.

[There were some wording changes to this post after publication]

The simple truth is, most people have a streak of decency. Not so Hamas, or BDS.

It is a whole lot harder for the BDS movement to function, if people know about their actions. Now the BDS supporters are tying themselves into knots in an effort to look better than they are.

Now BDS is in a panic, trying to claim that what happened to Matisyahu was not really “BDS” it was some perversion of BDS.

Ah, the “No True Scotsman” argument. That always works.

I’m glad I wasn’t the only one who noticed that. 🙂

Anything that ruins Max Blumenthal’s day is a good thing for mankind – including if a meteorite hit him on the head.

Maybe especially if a meteorite hit him on the head.

Our dear Andrew Breitbart had him pegged – from the git-go!

Of course once you call out and demonstrate that antisemites are in antisemites it just drives them to be MORE antisemitic not less. The so called BDS movement will now morph into a something like a terrorist cell and be even more popular than ever on college campuses.

Although I read this blog every day and I contribute as well, I rarely comment. However, I want to thank you William Jacobson for fighting this fight and keeping us all informed about the nefarious BDS. As a Jewish person, the whole BDS movement scares me to death. I see it as part of the slippery slope that all Jews worry about. You are performing a vital public service!!!!