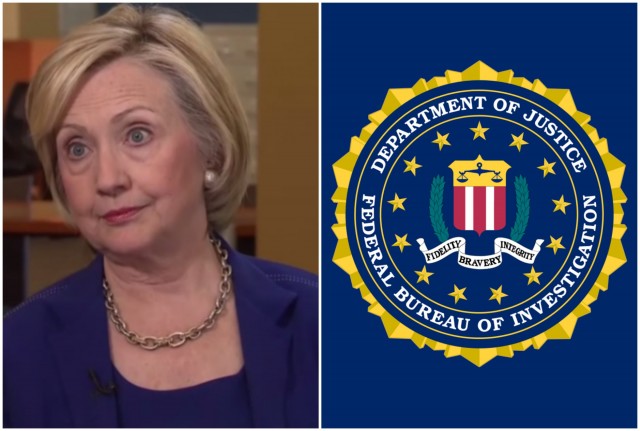 Platte River Networks handled the Clinton’s email accounts though there’s been no public explanation as to what that entailed.

It’s been confirmed by both the intelligence community and the office of the Inspector General that classified information was transmitted through Hillary Clinton’s private email account. Also true is that Hillary Clinton deleted thousands of emails prior to turning some over to the State Department for record keeping.

According to CBS News Denver:

Sources related to that visit told CBS4 Investigator Rick Sallinger the company has been asked to preserve any information related to the emails involving Bill and Hillary Clinton.

The company’s website lists awards including for being among the best Colorado businesses and places to work. But Metro State University Assistant Professor of Computer Information Systems Dr. Edgar Maldonado says there are questions about what security protocols were in place.

“I would say it’s not the best choice,” Maldonado said.

Platte River Networks is not under investigation and the FBI is only in the information gathering stage of their inquest into presidential hopeful, Hillary Clinton.

Did the FBI delay the start of their investigation long enough to allow sHrillary to scorch earth the evidence trail?

I hope they’re on this.

Look out, Rags, they’ll be saying you are part of the conspiracy now.

If Platte River does have backup copies of Clitler’s SoS emails there is very little chance she could weasel out of a perjury conviction. This could send Hillary to the Big House instead of the White House!

Maybe I can be corrected on this (an engineer, not a lawyer) but can’t a prosecutor use the fact that someone destroyed evidence as evidence of guilt during a trial? I.e. direct to the jury that it is okay to believe that the destruction of evidence by the defendant can be seen as evidence of guilt.
Is that right?

I believe they can bring up the fact evidence was destroyed after the proceedings started and let the jury draw its own conclusions. Only in certain circumstances is it criminal – but those laws were updated after Ollie North had most of his records shredded (legal at the time) to require preservation of federal records.

In most jurisdictions, it would be considered a sanction, which is very much within the discretionary purview of the judge.

If it is pretty egregious, the sanction can be “the death penalty”, meaning the offending party has its pleadings stricken from the record, including an answer to the suit (this is in civil law). They just get rolled.

It can be limited to money, as in an order to pay all the attorney fees and costs for both sides.

It can also take the form of an instruction from the judge to the jury that they are to presume the missing evidence was before them and what it means to the case.

Judges, pissed off sufficiently, can get pretty creative.

This company and its employees have top secret security clearances to have had this kind of access to Secy State’s emails?

OF COURSE there is incriminating information on the server. Why do you think Hillary decided to use it in the first place?

Surely no one buys the lame excuses she gave, right? It was obvious from the moment the news first broke that she did it to maintain control so she could purge any incriminating evidence.

Getting rid of the evidence is who she is, and what she does.

That means that not even Bradley Manning, or Wikileaks, or the New York Times, had access to it.

Clinton aides have maintained that nothing on her server was classified at the time she saw it, suggesting that classified messages were given the label after the fact.

advertisement
John Kirby, a spokesman for the State Department, said that was the case with two emails, adding that it remained unclear “whether, in fact, this material is actually classified.”

“Department employees circulated these emails on unclassified systems in 2009 and 2011, and ultimately some were forwarded to Secretary Clinton,” Kirby said Tuesday. “They were not marked as classified.”

They might be deemed Top Secret by the Inspector General of the Intelligence Community because they referenced some electronic or satellite intelligence.

Even if it’s true that no material passed from or to Hillary while classified, because she knew (or should have known), that her correspondence could be classified at a later date, she knowingly, and in violation of the law, maintained possession of classified material after leaving office. Additionally, she knowingly stored that material on an unsecured server during and after her tenure as SoS.

Any way you slice it, Hillary has either violated federal law, shown utter disregard for national security (and thereby demonstrated her complete lack of fitness for any office of public trust), or both.