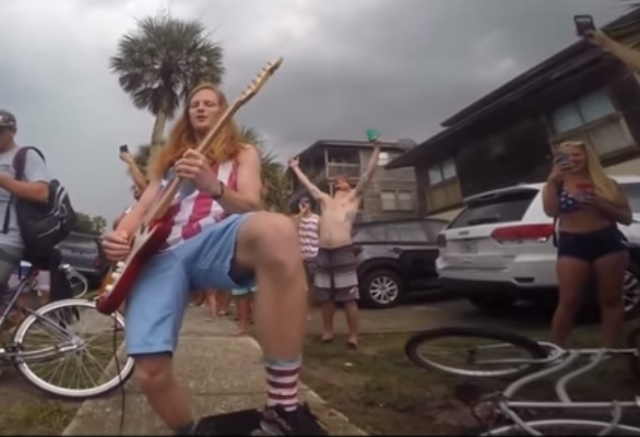 I just received word from Caleb Rowland, the attorney for Lane Pittman, that the charges against Pittman for playing the Star Spangled Banner on the 4th of July in Neptune Beach, Florida:

Despite the delay, Mr. Pittman is pleased the State’s Attorney’s office declined to prosecute him for expressing his patriotism and exercising his First Amendment right by playing the National Anthem on Independence Day.

In case you don’t recall, here is the performance that landed Pitman in legal trouble:

Pittman posted the following message and Victory Selfie on Facebook:

#VictorySelfie ALL. GLORY. TO GOD. The State Attorney’s office has decided to drop all charges!!!! SO pumped!! Thank you for all the prayers, kind words, and thoughts!! It means the world!! I want to thank my attorney Caleb Rowland for all the work he did for me. Can’t even explain the way I’m feeling. God is so good!! #FREEDOM #letitringbaby #DTWD #notaconvict #TURNUP #justiceprevailed #hallelujah #igersjax #DUUUVAAALLL #faceoffreedom #redwhitenblue #13stars50bars #merica 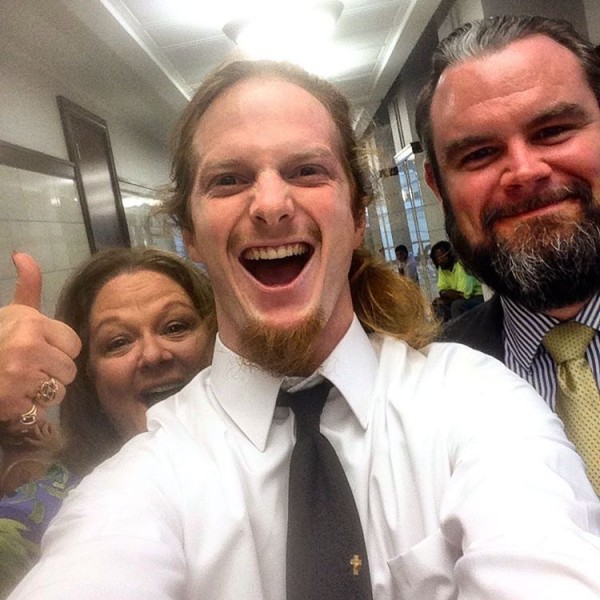 [Title changed – my sloppiness — he played the song, didn’t “sing” it]

In the spirit of the common sense that has occurred in Lane’s case, it’s time to indict Hillary Clinton.

I want a lawsuit filed against the city for this violation of the 1st amendment.

Been to Neptune beach & the beach ordinances are draconian.

Let’s call it what it was: persecution. Not prosecution.

I hate to call a fellow Christian, especially a youth pastor, a liar but the young man is lying. I talked to him on his video page and he admitted that the cops let him finish the National Anthem and that it was only when he started playing other songs in preparation for his illegal and disruptive concert that he was in trouble.
He openly stated that he went to his friends’ house in the complex for an impromptu concert and alerted his church group. That’s who the crowd was made up of, not the people who live in the complex and gasp…… might have had other plans for their Fourth of July celebrations than having amplified guitar music drowning out anything they were trying to do, including but not limited to backyard bbqs with friends.
Something to keep in mind: Cops don’t usually just show up. They get called about disturbances such as strangers playing loud music right outside people’s homes. By the people living there.
The young man had the opportunity to take a plea deal and it was a generous one. As a Christian, especially a youth pastor, being an example to young Christians, he knew he was breaking the law, knew that he was disturbing complete strangers IN THEIR HOMES and is still unrepentant.

“he knew he was breaking the law, knew that he was disturbing complete strangers IN THEIR HOMES and is still unrepentant.”

What law did he break? (charges were dropped you realize)
What stranger did he disturb?
Why should he be “repentant”?

After watching the video I still don’t get it. There appears to be a street party of some sort, people are drinking alcohol and having a grand time. Why did those cops even show up?

I have a sneaking suspicion whoever called the cops has links to MarlaHughes above, or one of her Miss Grundy friends.