65% of Americans Prefer Living in Neighborhoods With Guns

65% of Americans Prefer Living in Neighborhoods With Guns 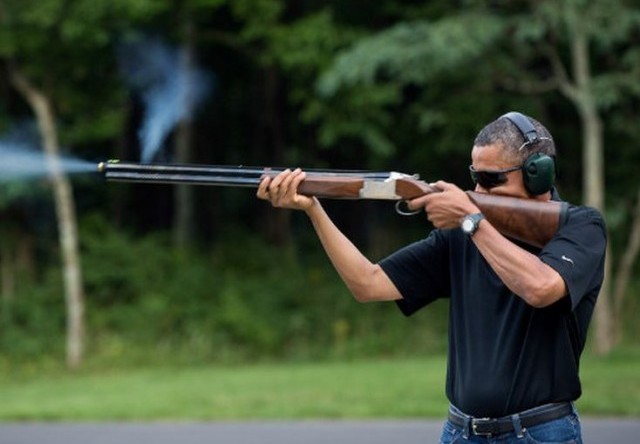 A new Rassumussen poll released last week suggests Americans prefer living in neighborhoods with where they’re allowed to arm themselves over gun-free locals.

The survey was conducted over a group of 977 likely voters. The results are consistent with other polling conducted by Rasmussen.

In a poll released in 2013, 62% of respondents said they would feel safer if their young children attended a school manned by an armed guard.

A new Rasmussen Reports national telephone survey finds that 62% of Americans with children of elementary or secondary school age would feel safer if their child attended a school with an armed security guard. Just 24% say they would feel safer if their child went to a school where no adults were allowed to own a gun. Fifteen percent (15%) are not sure.

Yet another poll published in 2013 revealed 64% of respondents thought it would be bad if only the government had guns.

74% still believe Americans have a Constitutional right to own guns and 57% think it’s more important to enforce current gun laws than it is to create new ones.

In spite of all the bad news that seems to indicate irreversible cultural decay, it’s comforting to know Americans still love their guns.

The repeal of all laws prohibiting law abiding citizens from owning firearms would even be better. Especially the Firearms act of 1934 and the 1968 gun control act.

This survey says nothing at all about that.

In any case it’s one of Rasmussen’s more, shall we say, casual surveys. These days, a survey of only 977 people is just plain feeble.

See, this is quintessentially American community at work.

We are independent and, at the same time, ready to help and be helped in extremity.

We like to be prepared, and for our neighbors to ALSO be prepared. My neighbors know that if a tree falls on their property, I own chain saws, and know how to use them. I know that some of my neighbors have real tractors, and there’s not much that can happen in a hurricane that we can’t deal with.

We all know that no predator can mess with anyone here without an armed response in seconds or minutes, instead of an hour if we look to our sheriff.

That ain’t no bad thing.

Still have not seen any reasonable explanation of the vertical/sideways smoke coming from that rifle in that photo. It doesn’t appear to be moving at the velocity of the muzzle gases, but that could be that it is going away from the camera. But where is it coming from?

He spit out his cigarette?

I used to shoot with a guy whose Ruger Blackhawk had been to Magna-Port. One of his friends was a camera bug who took quite a few high speed pictures during a night shoot and all of them showed the gases coming out of the ports were moving at least as fast as those coming from the muzzle; moving through that 40-degree (??) angle didn’t slow them down at all that we could see.

It’s true that the shotgun has a much longer barrel which could account for some difference but not enough to account for the laxy, campfire-like smoke in that Obama picture. Further, Magna-Ports are cut on both sides of the barrel to control recoil and muzzle movement, but it is only coming out one side in the picture. Also, with smoke nearly done exiting the barrel the recoil cycle should be well underway, but there is no real sign of it, which you would expect to see the way he’s holding that thing.

I suspect he never fired that gun at all and the picture is a PhotoShop job. I don’t have the skills needed to prove it but it has always looked fake to me. It did a lot to get some of us off his back when he really needed it though.

Nah! He wouldn’t do something like that. Just a coincidence I reckon!

I can kind of relate to the gun grabbers’ fear. There’s something quite unsettling about seeing a shotgun in that particular man’s hands.

Nothing like elected & appointed democrat gov officials and their state media lecturing voters to give up and disarm to spike gun sales.

CA9 and SCOTUS appear to disagree.

Yes, I’m an American and I love my guns, but I do NOT support same-caliber marriage.

100% of our neighbors and friends prefer that guns be owned in their neighborhoods. In fact, they prefer multiple weapons of all varieties and plenty of ammo be on hand in each household. Otherwise, people in these parts are liable to think you’re one of them fairy types from the big city.

My neighbors and I shoot at each all the time, just to keep each other on our toes for the real deal, if and when it comes.