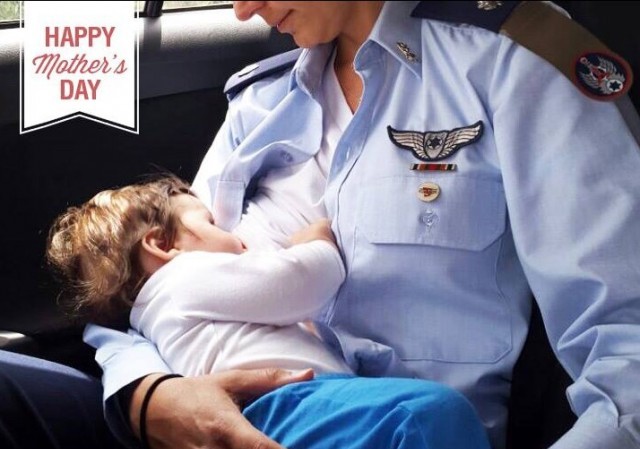 If there is one thing Israel-haters hate more than anything, it’s being reminded of how well women are treated in Israel compared to the surrounding Arab countries.

So when the Israel Airforce posted a Mother’s Day greeting of a female IAF pilot breastfeeding her child, it was major league trolling (h/t Nadav Eyal Twitter): 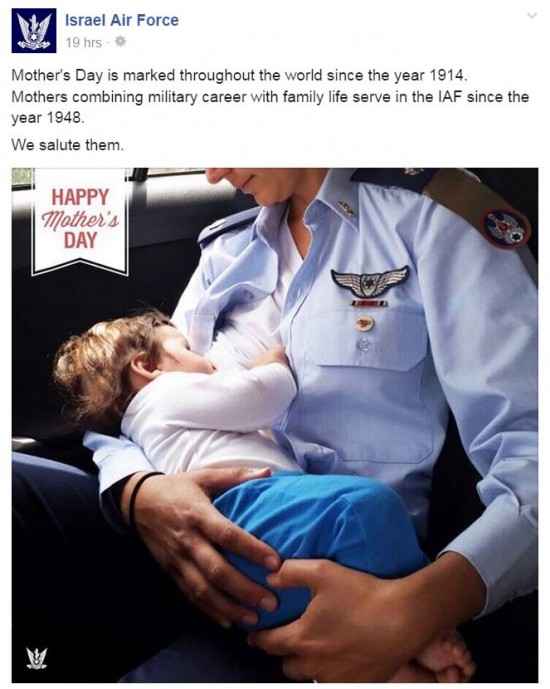 The reaction was precious. Ali Abunimah, who runs The Electronic Intifada tweeted: 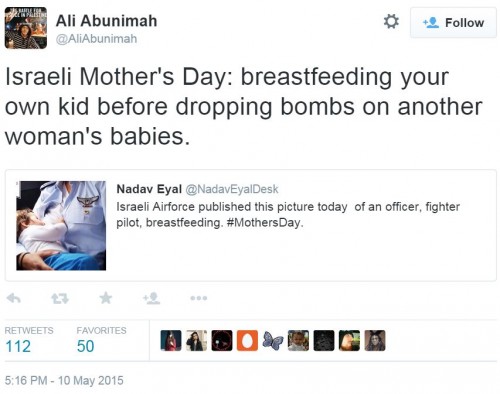 As did the exorable Richard Silverstein: 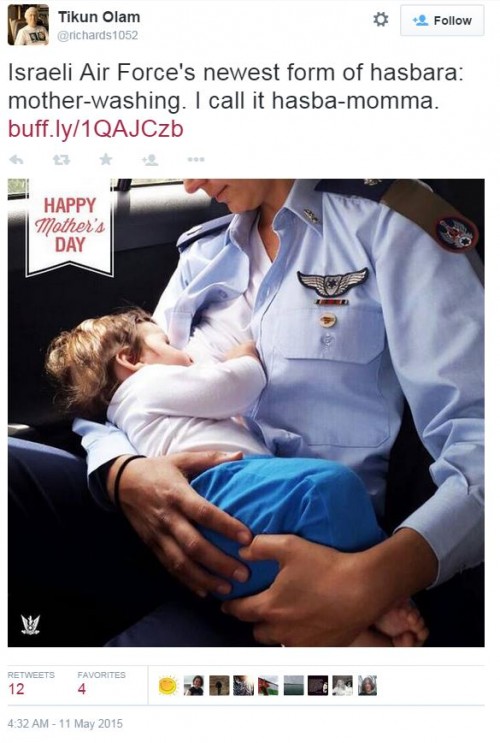 Adam Holland pointed out the obvious about these complaints: 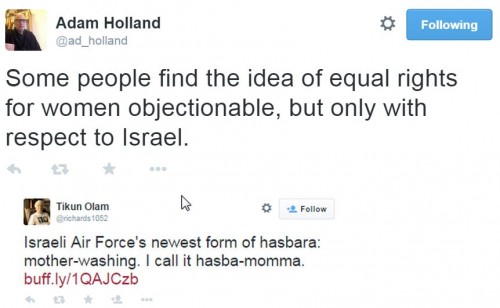 Lori Lowenthal Marcus suggests a deeper meaning to the reaction: 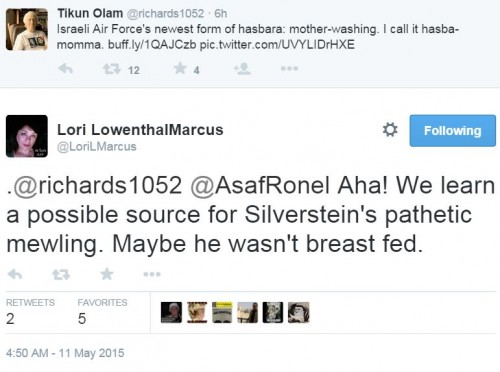 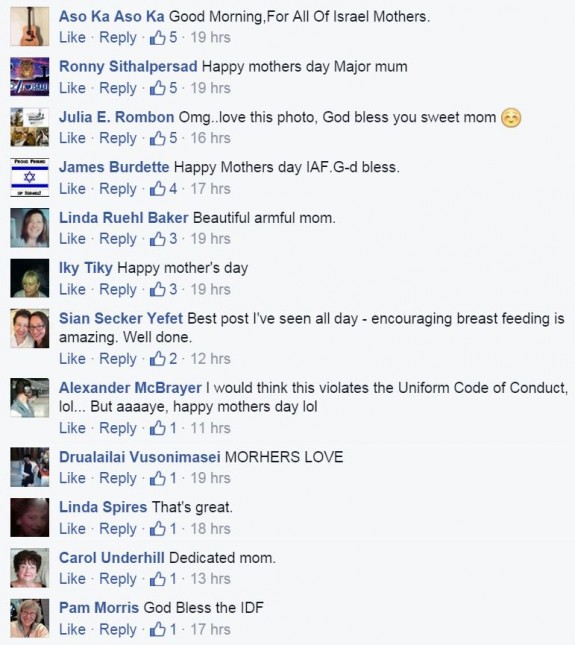 The Israelis treat everybody within their borders, including women, Arabs, Muslims, and homosexuals, better than the surrounding pathetic tyrannies treat their own citizens.

Meanwhile, the Hamas put their women and children in harm’s way, committing Geneva Convention violations in an effort to draw Israeli fire upon their own people. Sometimes, they just kill their own, and then say the Israelis did it.

By their fruits, you shall know them.

Israel means life. Her critics are simply committed to death.

RE: “If there is one thing Israel-haters hate more than anything, it’s being reminded of how well women are treated in Israel compared to the surrounding Arab countries.”

And you could have added much better than the Democrat Party treats women!!!!!

Remember the Obama White House administration has only been paying women in their employee about …what….63 Cents on the dollar compared to their men employees……

My new slogan for the IAF:

LukeHandCool (who thinks babies and democracies have a lot in common, and who thinks this picture is a perfect metaphor for the little democracy of Israel)

The “exorable Richard Silverstein”? Maybe you were going for “execrable.”

As opposed to arabs who use their babies as human shields to protect themselves from return fire.
Let there be no mistake who reveres life.

Waiting for al-Nusra to weigh in…

Let’s hope, because of his mothers service, he lives to see a more peaceful world.

Nursing is also physically, emotionally and mentally life-giving to the mother.

Kudos Israel Air Force for flying in the face of insecurity.

Last I checked it was Hamas dropping bombs in Israel, not the other way around.

Time has a way of confusing perceptions of cause and effect. The female terrorists also breastfeed their babies; and the male terrorists were once breastfed by their mothers.

Ah yes, they blow up so fast…

I’m all for breast feeding, but she’s out of uniform.