February’s national elections will be the country’s most important, and perhaps last, election 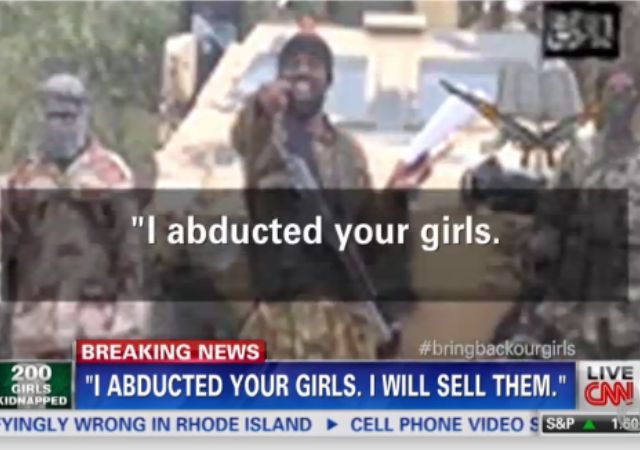 Back in April reports of Boko Haram’s abduction of 300 teenage girls in a Nigerian village shocked the mild sensibilities of the Western world. Despite a massive, multi-national search, none of the 219 unreturned girls has been found. Most likely, they were forcibly converted to Islam and wedded to guerilla fighters in Boko Haram, whose name means “Western education is forbidden.”

Boko Haram traces its roots back to 2002 and is a group dedicated to establishing an Islamic caliphate in Nigeria, a country that is approximately half Christian and half Islamic. The northern half of the country is primarily Islamic, as well as mostly rural and poor, allowing Boko Haram to thrive in undeveloped swaths of territory and forested areas.

Boko Haram experienced a resurgence in 2009 and 2010, coinciding almost with the start of the presidency of Goodluck Johnathan. In 2014, the group killed at least 2,000 civilians, according to a BBC report. Another source implicates them for as many as 8,362 deaths since May of 2011.

Though it has a force of 20,000 active in regions where the terrorist group is known to base its operations, Nigeria’s military has clearly failed to check its growth and increasing violence. Boko Haram’s expansion has even led to skirmishes with neighboring countries’ militaries, including that of Cameroon.

A New York Times article offers some more detail on the Nigerian military:

Here in Stuttgart, officials at the headquarters of United States Africa Command offered their own bleak assessment of a corruption-plagued, poorly equipped Nigerian military that is “in tatters” as it confronts an enemy that now controls about 20 percent of the country.

“Ounce for ounce, Boko Haram is equal to if not better than the Nigerian military,” said one American official here, who spoke on condition of anonymity to discuss operational reports.

Ahead of February’s elections, President Johnathan has vowed to “bring justice to the savage terrorists” and defeat them. Johnathan has called Boko Haram Central Africa’s “Al Qaeda,” and Cameroon’s President Paul Biya declared a “War on Boko Haram” back in May.

However, tough talk and political swaggering do not defeat terrorists. The continued success of Boko Haram will either draw Nigeria into an all-out civil war between guerillas and government forces, or it will cripple the country’s economy, ruin its political stability, and send it into decentralized chaos not unlike Somalia. Or both.

Yet, despite the chaos Boko Haram unleashes daily in northern Nigeria, the country has experienced impressive economic growth over the past decade.

The Wall Street Journal reports that the country’s economy has grown by 7% each year for a decade, and since Johnathan took office in 2011, Nigeria has rocketed from sub-Saharan African obscurity to becoming the continent’s largest economy. Its estimated 2014 nominal GDP of $594.3 billion accounts for almost one-quarter of Africa’s GDP, and places it above Norway, Taiwan, and Argentina. The country is also Africa’s most populous with 174.5 million inhabitants.

The lion’s share of Nigeria’s growth has come from oil. According to the same Journal report, oil accounts for 14% of the country’s economy, but 80% of government revenues and nearly all of its exports. With the 46% plunge in Brent crude prices in 2014, Nigeria’s economy took a big punch. Its currency, the naira, declined 17% over the year, and GDP growth for 2014 was revised downwards to an uninspiring 5.5%.

Nigeria does have an impressive telecommunications industry and a film industry called Nollywood that is the world’s third largest after Hollywood and Bollywood. The growth of these regions, along with manufacturing and infrastructure development, will help Nigeria diversify its economy away from oil and agriculture.

This diversification, however, relies on foreign investment, which will only flood into the country after the terrorist threat is neutralized. Until then, foreign capital anxiously looking around the world for growth opportunities will continue to sit on the sidelines—a pitiful loss for both sides.

That Nigeria is experiencing a surging economy and a fundamentalist insurgency at the same time is actually not that perplexing. At first it might seem so primarily because economic prosperity tends to turn most people away from becoming jungle-dwelling guerrillas. However, there are two reasons why these trends are concurrent. The first is simple: just look at the meaning of Boko Haram’s name. Nigeria’s economic growth is via globalization, which necessarily imports Western views not just on commerce, but also its law, culture, and values, many of which are at odds with fundamentalist Islamic views.

The second reason is not immediately apparent. Boko Haram’s base is in the northeast of Nigeria, which is the poorest region. The country’s growth has been concentrated in the south, especially in the capital and largest city Lagos. Those in the north probably feel left out of Nigeria’s economic gains, and blame the increasingly unequal riches not on structural problems with the country’s economy, but on the Christians of the prosperous southern regions and the Christian-dominated national government.

While the regional divide exists, the whole of Nigeria is still astonishingly impoverished for a country with such a large economy. Its GDP per capita is $2,688, ranked 121 in the world according to a Bloomberg report. Evidence of the extreme concentration of wealth is provided by a 2012 report from the country’s National Bureau of Statistics, which said 60.9% of Nigerians lived in “absolute poverty” on less than $1 per day. Worse, despite growth the population of Nigerians living in poverty has grown dramatically over the past thirty years.

When Nigerians head to the voting booths in February, they will be participating in the country’s most important ever, and perhaps last, election. It seems regardless of whether or not President Goodluck Johnathan is reelected, Nigeria will soon face its defining moment of the century. It is approaching rapidly as the confluence of an impending militarized showdown and a potential economic unraveling.

Nigeria will need a lot more than just good luck.

Hate to say it but perhaps the Christian population in southern Nigeria would be better off if they broke the country in half and built a large fence to separate themselves from their crazy northern neighbors.

Frank G has it right: Boko Haram could never win a civil war if it depended on its own skill and fortitude. Nigeria’s political and military class are corrupt through and through, and that’s what give Boko its opening.

“If I had a son, he would look like a Nigerian Prince, only more honest.”

You can’t make peace with radical muslims. And the falling price of oil puts the squeeze on the corruption, too.

Nigeria has strict gun control, so the Christians are helpless when Muslims attack them.