Prohibition, Taxes, and the Allure of the Nanny State

Prohibition, Taxes, and the Allure of the Nanny State 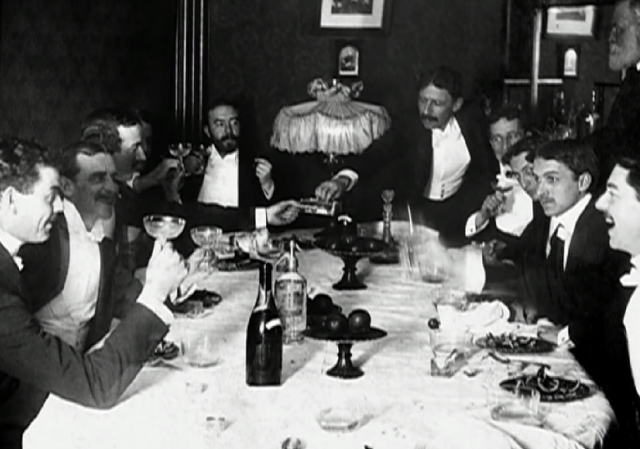 This day in 1919 was irrefutably one of the darkest days in American history — the day the 18th amendment to the Constitution was ratified, making Prohibition the law of the land.

Forever the hallmark of nanny-statism run amok, Prohibition was a progressive dream come true — an amendment to the Constitution that limited freedoms rather than securing them.

Interestingly enough, the 16th amendment paved the way for the 18th amendment. With the income tax in place, the federal government was no longer reliant upon taxes from alcohol producers.

In his documentary Prohibition (which I highly recommend), Ken Burns explains:

Then the Great Depression happened. Income tax revenue saw a sharp drop and our beloved federal government looked elsewhere for cash. And so, Prohibition came to an end.

There were of course many, many other factors that led to the downfall of Prohibition. Regardless, the relationship between the nanny state and and taxation has a long, sordid history.

Any time I think America can’t possibly be stupid enough to (insert whatever stupid thing the government is considering), I remember that we voluntarily banned legal consumption of alcohol for 13 years.

Burn down the tax code…down into the very roots. Reverse decades of tyrannical conduct by the Federal government, and the worst social engineering ever perpetrated on Americans.

The Liberty Amendments is the answer.

A link to The Liberty Amendments.

One thing to note about prohibition is how r ifferent over time the limits of federal government power have changed. At the time of prohibition it was a given that congress did not have authority to ban the production and consumption of alcohol. It was understood a constitutional amendment was required to authorize such a ban. Quite a difference from today where both congress and the courts think there is no limit to fexeral authority. Would any court today rule a statute of congress could not ban the production sale and consumption of alcohol because it exceedex the enumerated powers of the federal government? Absolutely not.

Sadly, you are right.

I have a deep and abiding distrust of any and all utopian political impulses.