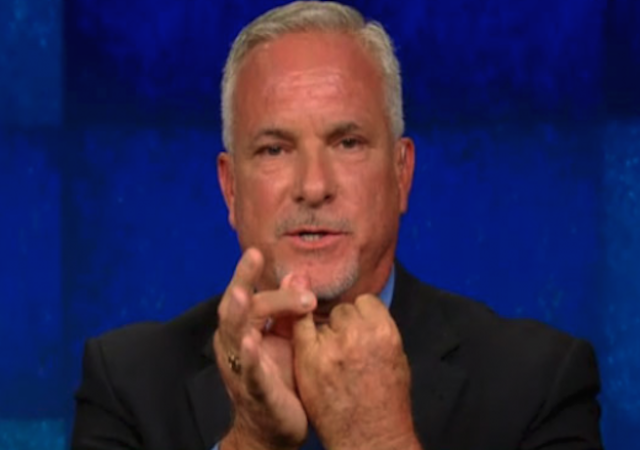 The Orlando Sentinel newspaper is reporting that it appears as if no actual witnesses showed up for today’s Federal Grand Jury convened to determine if civil rights charges should be brought against George Zimmerman for his self-defense shooting of Trayvon Martin.

The DOJ had subpoenaed Frank Taaffe, a self-declared “friend” of Zimmerman’s, to testify before the Grand Jury.  In the days following the shooting Taaffe told FBI investigators that based on phone discussions with Zimmerman he did not believe there was a racial motive for the shooting.

In that latter story we had speculated that the sudden announcement of this Grand Jury, just days before elections likely (and ultimately) to prove troublesome for Democrats was merely a political stratagem seeking to draw greater numbers of African Americans to the polls.

The grounds for such speculation are certainly not diminished when reporters present for the proceedings say that they never saw Taaffe appear in any of the public areas of the federal courts building, not even the portions used by the grand jury members.  Taaffe has developed a considerable reputation for enjoying the limelight of press coverage, and thus his failure to be seen by the press suggests that he may not have been present at all.

Also not visibly present were any other persons known to have any ties to the Zimmerman shooting of Martin.

Zimmerman himself was also not present.

Neither DOJ attorney Blumberg, nor FBI Special Agent John Weyrauch involved in the investigation and listed on the Taaffe subpeona, nor Dena Iverson, a spokesman for the DOJ’s infamous Civil Rights Division (which helped to organize and fund protests against Zimmerman following the shooting), were willing to comment.

The “pathetic political machination” fairy was, also, unavailable for comment.

The “pathetic political machination” fairy was, also, unavailable for comment.

Having had as tough a week as a working girl at Ft. Polk during the height of the Vietnam war on the first week trainees were allowed off post.

Ugh, Ft. Polk, a name I had hoped never to hear again…

Wow color me not surprised. Didn’t seem to help the Dems in their senate aspirations either.

Ok I understand the supervisors doing so, but I find it hard to believe that the actual prosecutor presenting to the grand jury would do so withou9t a good faith belief that he would get a True Bill.

JackRussellTerrierist in reply to MouseTheLuckyDog. | November 6, 2014 at 3:00 am

You can’t be serious that a pros wouldn’t do that. Lot who his boss is, for starters. Look at what’s been done to Rick Perry and so many other enemies of the ‘rat belief system and special interest groups who are ‘winners’ against the left’s agenda. Prosecutors in many jurisdictions have become political tools of the ‘king’ once again.

Taaffe’s explanation for his no-show
http://imgur.com/1M2fJJE

As of last night, it’s over. Ferguson’s over. Didn’t work, probably had the opposite effect. The “war on women” is also over. None of the dems cherished political ploys worked this time. And that is all this ever was.

I believe I said when this was first announced that it would disappear after the midterms.

Just another cynical attempt to rile up black voters.

The bigger story, of course, is the total corruption of the Justice Department, and along with it, the FBI.

Other than voting GOP, it’s amazing how well we otherwise seem to accept it. Germany, 1932.

JackRussellTerrierist in reply to TheFineReport.com. | November 6, 2014 at 3:40 am

What I find interesting is that we he almost nary a peep out of the enraged Sanfordites during this ridiculous Ferguson debacle.

Ferguson is 67% black and they, with outside help including the feds, have ruined the town in tremens of peace and prosperity, probably forevermore. The outside pot-stirrers and propagandists couldn’t care less.

I hope Ferguson dissolves its charter after the PD officers and firemen find new jobs elsewhere and those fools are left in a semi-urban wasteland with no cops, fire, services, stores, etc.. Let ’em fire up their hoopties and drive to the nearest Walmart to use their EBT cards.

Or the locals could stand up together and reprimand (face to face?) the ones that joined with outsiders in the marches and looting.

The Grand Jury has testimony from many that supported the (white) cop. But any marching with “No Justice No Peace” signs should be asked to leave by the town elders (if there was such a thing). Maybe the law abiding should have a counter march in support of rule of law, against racist support of (alleged) criminal Brown.

Obama/Holder/Sharpton make Brown and Trayvon martyrs, dying in a war against the white devils, from their black liberation theology point of view. But Brown/Trayvon are more “victim” of radical black theology.

When the black cop came in and had the police stand down and watch the looters destroy the Ferguson businesses, what was he really saying, who was he representing? He marched arm in arm with the looters and racists.

Obama has a transformational dream, where a man IS judged by the color of his skin. If there is a “black community”, it needs to reject the racists like Sharpton, and find Thomas Sowell. Maybe a move away from black (revised Muslim?) liberation theology and back toward Christianity would help as well. They (blacks AND whites really) have to escape the Democrat/Hollywood mind fluck.

Maybe “Stand Down America” is the Obama Doctrine”

stand down in Benghazi, at the border, on the SOFA in Iraq, on prosecution of the IRS, on the Keystone pipeline, on slow-walking every investigation, etc.

Here’s the link on making Brown a martyr:
http://www.wnd.com/2014/11/greatest-show-on-earth-5-agencies-to-meet-michael-browns-parents/

Apparently the new favorite for AG is the Brooklyn head prosecutor (Loretta Lynch?) who is a black “civil rights” activist who uses her position to go after Republicans…..and cops. She’s a gun-grabber, of course.

So what is the penalty for defying a federal subpeona?

Contempt, which can be pretty tough.

Now what? I heard that he testified today. Unbelievable. Both of his sons died recently (so I read) so he had a change of heart. Score 1 for the pathetic political machination fairy.