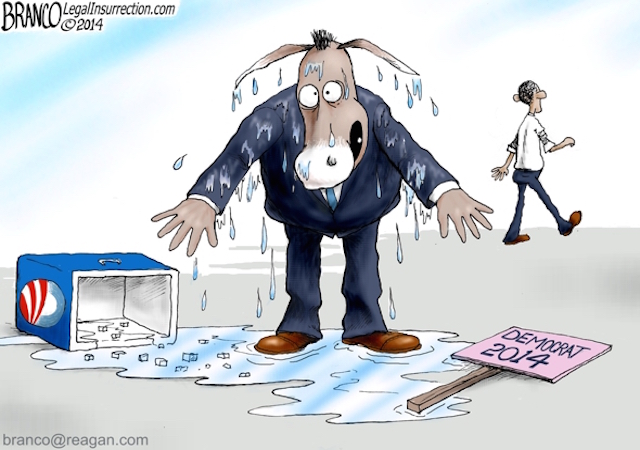 Working in the Texas campaign world over the past few years has given me a good idea about how conservatives across the political spectrum feel about GOP candidates wading into the complicated world of multicultural outreach.

Much of the work I’ve done since last September has been working toward the goal of making this sort of outreach mainstream—and it hasn’t always been easy. But a recent radio interview given by President Obama may have made my job just a little bit easier:

Controversial voter identification laws are not the primary reason minority voters are failing to cast their ballots, President Obama said in a radio interview airing Tuesday.

“Most of these laws are not preventing the overwhelming majority of folks who don’t vote from voting,” Obama said during an interview with Rev. Al Sharpton. “Most people do have an ID. Most people do have a driver’s license. Most people can get to the polls. It may not be as convenient’ it may be a little more difficult.”
…

“The bottom line is, if less than half of our folks vote, these laws aren’t preventing the other half from not voting,” Obama said. “The reason we don’t vote is because people have been fed this notion that somehow it’s not going to make a difference. And it makes a huge difference.”

There are two takeaways from this interview, and neither of them bodes well for Democrats.

Much of their messaging strategy has focused on their purported desire to eliminate Republicans as the source of discriminatory practices against minorities, women, and the LGBT community. By blaming low voter turnout on the minority voter, as opposed to Republicans’ efforts to keep them at home, President Obama has thrown a wench into Dems’ previously seamless argument against keeping Republicans in office.

Thanks for that, by the way.

The second takeaway has less to do with Obama and Democrats, and more to do with how far Republicans and right-leaning voters should be willing to go in outreach expansion efforts.

Elections are not won and lost by convincing voters who already agree with you that you’re right; elections are won by branching out and convincing potential new voters not only that your policies will improve their lives, but that you actually care enough to listen to their problems.

If right-leaning voters are unwilling to dump this idea that you can tell a Republican voter just by looking at him, we will lose elections in precincts that we previously carried without much trouble. It’s also important to realize that bringing the message to new voters doesn’t mean changing that message to conform to a stereotype of what minority voters believe; it means making that message resonate with what big data tells us matters most to each particular community.

Consider it base-building, and giving new voters a decision: will they stand for conservative values, or destructive liberal policies? Everyone we talk to may not make the decision to vote for a Republican in November, but at least we can say we gave them the opportunity to consider it.

“If right-leaning voters are unwilling to dump this idea that you can tell a Republican voter just by looking at him [OR her], we will lose elections in precincts that we previously carried without much trouble.”

I dunno even know what the HELL that means…

I don’t know of anybody who thinks that way. Seems YOU are stereotyping really HARD here, Amy.

Is it everybody BUT Amy whose wrong here?

Glad that it isn’t just me that’s scratching my bald head trying to make heads or tails out of that statement.
If anything I’d say that we are the one’s least likely to believe that we can pick out a fellow conservative just by looking at them–or to put it another way, to engage in profiling–unlike the left who look at any white, middle aged voter and consider us the enemy without any hesitation.
It wasn’t us who mistakenly stereotype members of the Tea Party.

It’s soooooooooooooooooo easy to spot us. Especially us Evil Neocon Cabal members: Cloven hooves. Barbed tails. Pointy horns. Fire breathing. Hatred of ALL that isn’t Zionist. Uuuummmmmmmmm…Rags, you got any to add? ((-:

Well, we light our big cee-gars with matches struck off the nappy heads of our nee-gras, and flick the hot ashes into the hands of Pedro and Maria, our married retainers, before telling Maria to go upstairs to the master (see what I did there) bedroom for our “special siesta”.

Absolutely, Rags! I especially love cocktail swizzling time–which usually begins the minute we walk into our offices since we don’t really do any meaningful work in those offices–our trust funds pay for them so we have a place to go to when we swizzle with the working class!

That looked to me like an assertion that Republicans are white bigots.

She of course could never be a bigot, but it’s a shame those Republican voters are.

My parents were missionary English teachers when I was a child, so there wasn’t much money but there WAS a lot of attention to language. I grew up playing with words, since they were cheap, always available, and abundant in quantity. I have, ever since, had a passionate enjoyment of English mistakes, typos, etc. (including my own). So I really enjoyed the phrase: ” President Obama has thrown a wench into Dems’ previously seamless argument against keeping Republicans in office.” Looks like the Republicans may not be the ONLY ones engaged in a War Against Women!!

Hey, while were tossing wenches around, throw a couple over here.

Yeah, I saw that too, and the image was amusing. All I could think of was “you saucy wench, you” 😉