The What, How and Why of Mideast Journalism 101 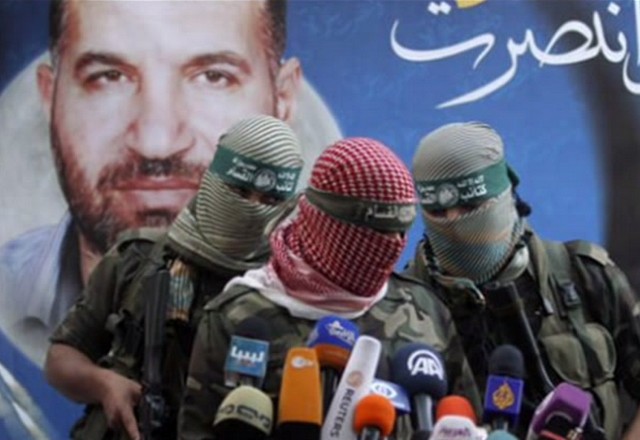 Three recent articles have critiqued the media’s coverage of the Israeli-Palestinian conflict, especially in the context of Operation Protective Edge.

Earlier this month, former correspondent Mark Lavie wrote Why Everything Reported from Gaza in Crazy, Twisted. Lavie explains “why you don’t get the whole story.”

Besides the budgetary limitations, news organizations often hesitate to send reporters into Gaza at all because of the constant danger, and not from Israeli airstrikes.

In 2007, BBC reporter Alan Johnston was kidnapped by Palestinian militants and held for more than three months. Many other foreign journalists were kidnapped there and held for a day or two around that time. There have been no kidnappings recently, but the message was clear—foreigners are fair game. The message was heard and understood.

For lack of an alternative, news organizations began to rely more and more on local stringers, giving the regime considerable leverage through intimidation. It’s expected that news organizations will deny all this—it’s part of the dance.

On many occasions, frightened stringers have pleaded to have their bylines taken off stories. Some have been “evacuated” from Gaza for a time for their own safety, after an article critical of the regime was published or broadcast. Families have been spirited out for a while.

So when the stringer returns home and gets back to work, it’s pretty clear how he’ll behave. Everyone in the home office knows that and accepts it.

In the course of his report, Friedman also mentioned the problem of “stringers” or “fixers” and the role they play:

The fact is that Hamas intimidation is largely beside the point because the actions of Palestinians are beside the point: Most reporters in Gaza believe their job is to document violence directed by Israel at Palestinian civilians. That is the essence of the Israel story.

In addition, reporters are under deadline and often at risk, and many don’t speak the language and have only the most tenuous grip on what is going on. They are dependent on Palestinian colleagues and fixers who either fear Hamas, support Hamas, or both. Reporters don’t need Hamas enforcers to shoo them away from facts that muddy the simple story they have been sent to tell.

Why doesn’t the bias and self-censorship bother the journalistic world more? Reporters are supposed to be skeptics, but in the Middle East their skepticism generally goes only one way.

To some degree after Operation Protective Edge with more media coverups exposed and Hamas even admitting that it intimidates reporters it should be hard for Middle East journalism to return to the status quo, without a massive loss of credibility.

We knew this back in Iraq with CNN.

Why would anyone think a bunch of decadent barbarians in Gaza behave better than the murderous Saddam regime?

I did notice a shift in the reporting in this go-around. A lot more truth about the Muslim behavior of the Palis.

“… it should be hard for Middle East journalism to return to the status quo, without a massive loss of credibility.”

I hope that’s true, but I have my doubts.

Media credibility is already at an all-time low in the US and frankly I don’t think it can creep much lower without a significant change in our society. Yet, the biased reporting continues. I think the problem lies within the established media and won’t change until the editorial staffs are held accountable for dropping sales and declining revenues.

I really just can’t believe that the reporting will change because of people they already hold in contempt– you, me, and the rest of the American public– continue to not believe the bull that they’re peddling.

Arguably, this just cost a four-year-old boy his life.

I haven’t seen coverage of the amazing admission by Dennis Ross, not in so many words of course, that he and Hilary and Obama have blood on their hands.

“At times, I argued with Israeli leaders and security officials, telling them they needed to allow more construction materials, including cement, into Gaza so that housing, schools and basic infrastructure could be built. They countered that Hamas would misuse it, and they were right.”

Dennis is a decent guy. Can’t say as much for the other two.