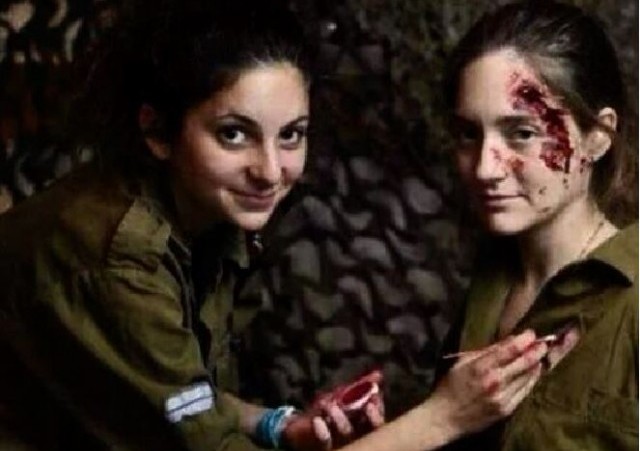 We reported the other day how Pallywood swings back into action for Gaza conflict with images of carnage from Syria, Iraq and elsewhere being passed off by anti-Israel propagandists on social media as reflecting the current Gaza conflict.

Now there are accusations that Israel is faking injuries, in essence doing it’s own Pallywooding:

There’s only one problem with that, as exposed at Twitchy.

The photo in question is from a magazine shoot about women in the Israeli army. 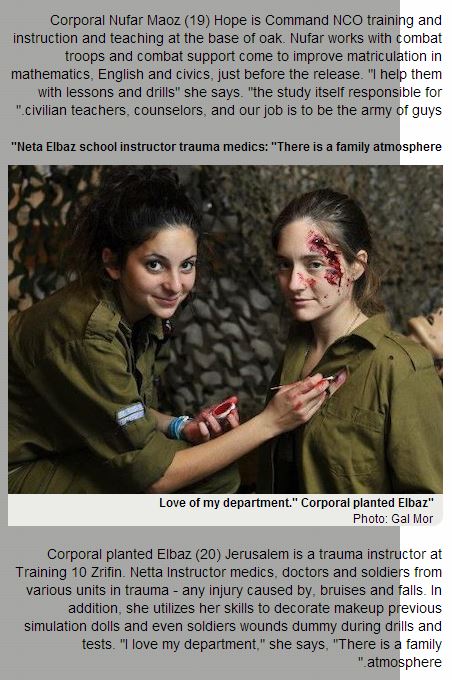 Now that the lie has been exposed, has the person who spread it taken it down?

No. Because Pallywood never dies, and it never says it’s sorry.

“In war, truth is the first casualty.”

Considering that the so-called Palestinian state and its terrorist branches are in a permanent state of war with Israel, well…

IF the Israelis were to put on that kind of show, you damn sure would not find stills of the process on the interwebs!

People who buy Pallywood “productions” are teh stupid…

People who buy Pallywood productions desperately want to believe them, no matter how clumsy and obvious they may be. That they still believe says far more about them than it does about those who made propaganda.

I remember first encountering this / becoming aware of this in 2006 during the excursion into Lebannon.

The same “emergency worker” in each photo, the ambulance that was supposedly struck by an Israeli missle, and the staged photo ops that the press completely went along with.

While I have long since given up hope that the press will have its’ “come to Jesus” moment, of awakening, and want / be willing to reform – it is so frustrating that this same press will pass along information from sources they KNOW regularly lie.

The same “emergency worker” in each photo…

I believe the pot is calling the kettle African American.

Wow, for a human that would be a very bad translation. For Google Translate it’s a reasonably good one. Let me fix it for you:

Corporal Nufar Maoz (20), of Petah Tikva, is a Command and Training NCO at the Alon Educational and Academic Base. Nufar works with combat troops and combat support troops, who arrive shortly before their discharge to improve their graduation scores in maths, English, and civics. “I help them with the lessons and exercises”, she says. “Civilian teachers are responsible for the actual instruction; we guides, our job is to be the gang’s army.”

Neta Elbaz, Trauma Instructor at the School for Medics: “There is a Family Atmosphere Here”

Corporal Neta Elbaz (20), of Jerusalem, is a trauma instructor at Training Base 10 [the school for medical professions] at Camp Tzrifin. Neta trains medics, doctors, and soldiers from various units, in the treatment of trauma — any wound caused by shooting, assault, or falling. In addition she uses her previous skills in makeup to decorate simulation dolls, and even soldiers, with imitation wounds during drills and tests. “I love my department”, she says; “we have a family atmosphere”.