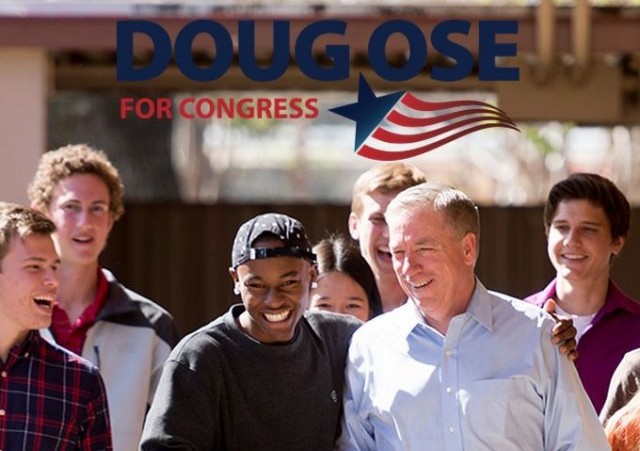 This is the point in the election where one has to begin to make sacrifices: a candidate true to our ideology is no longer a possibility, so we must settle. It is now time to rein our beliefs back a notch, and play the game of politics.

Maybe a strong conservative was just too much to ask for in California. A moderate Republican candidate may not be.

In all cases but Ose’s, the polls preceding the primaries were dead on in predicting results. Ami Bera polled at 47% and took 47% of the vote, Birman at 17% and took 16.9% of the vote, and Emken maintained her 7%. However, Ose saw a marked jump from a predicted 22% to 26.8% of the popular vote.

If we can project anything from these results, it’s this: Doug Ose will very likely steal the swing votes from Bera. In fact, it seems he already has.

However, this seat cannot be counted as a Republican win yet: The Democratic Congressional Campaign Committee and the House Majority PAC have reportedly already bought nearly $2 million worth of fall airtime in the district. Bera is in a vulnerable position — he’s a freshman congressman in a heavily divided district — and so the DCCC is going to do everything they can to beef him up.

Ose does have one advantage that most challengers usually don’t: he’s been Congressman of most of this district before. From 1999-2005, Doug Ose was Congressman of California’s 3rd District, which at the time contained most of what is now the 7th District.

With the reputation and name recognition this may afford him, Ose has a very good chance of overtaking Bera, who was first elected just last cycle, in 2012, with the benefit of Obama at the top of the ticket.

As a Californian currently represented by Barbara Lee, I would love to be able to complain that my representative, a moderate Republican, wasn’t conservative enough.

On the other hand, Washinton DC shows us that ‘lesser evil’ moderate Republicans who are not conservative enough tend to outright cave to Democrat measures or pass measures best described as Democrat Lite legislation. Where death is inevitable, the decision is between gunshot to head or a slow, wasting cancer. Choose well? That is no choice at all.

As Bill Buckley reminds us, you vote for the most conservative candidate who is electable. Mr. Ose may not be quite as conservative as the other Pub candidates but he has a chance in this district. I’ll take him over Bera.

I’m all in for the win in the long run.

Ugh. Who is his media team? The pic above is centered on the black kid and screams tokenism.

At least add in another so its not just one black kid in the pic. Makes it look so staged.