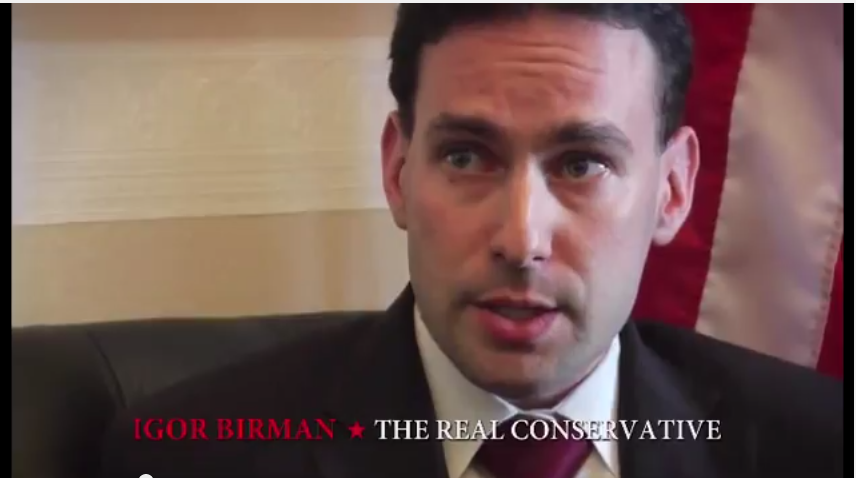 The Cook PVI ranks this district as EVEN, or perfectly divided between Republicans and Democrats, and Election Projection says the district has a weak Democrat hold.

According to the DCCC’s internal poll, Bera is the current frontrunner as the June 3rd California primaries approach, polling at 47%. Ose and Birman follow with 22% and 17% respectively, and Emken trails at 7%. The remaining 7% are undecided.

Due to the nature of California’s primaries, only the two candidates with the most votes, regardless of party affiliation, will move on to the November elections. With Bera’s huge lead in the polls, this leaves one spot open for the three Republican candidates to fight over, and so the party infighting is currently heated.

Despite trailing both Emken and Ose in funding (until recently), Birman has managed to hold a strong second place in in the Republican primary polls. And now, he’s bringing the fight to Ose, accusing him (rightfully, I’d say) of being too liberal:

Birman, who as a child emigrated to the US from the Soviet Union, is a staunch conservative: he has been endorsed by both Senator Rand Paul and Congressman Tom McClintock, and his campaign website states:

My first and only allegiance will be to the Constitution that every Member of Congress swears an oath to preserve and protect. Congress has ignored too many Constitutional principles. Having risked so much for a chance to live in freedom as an American, I will never forget them.

The primary race boils down to this: Will voters go for a moderate on the assumption that will make a victory more likely? Hasn’t that been tried before?

If Ose wins in the primaries, he has a good chance of swinging those 7% undecided and winning the district with a few speeches, TV ads, and handshakes. This is because, aside from his opposition to Obamacare, he and Bera are virtually the same candidate.

They both toe that moderate line where red and blue just become a big mess of purple.

Nathaniel Hunter is a student at Cornell University, studying Linguistics and English, and writes for The Cornell Review, the conservative student newspaper on campus.

I don’t live in that district but a recommendation from McClintock would be worth a lot to me. He’s done a lot for the conservative side in CA and paid his dues.

I also like Emken a lot. She at least stood up and took on the hopeless task of running against Feinstein.

BUT the important thing is that whoever wins, Republicans and conservatives bury the hatchet over differences and unite to take the seat if possible.

Because that’s what political parties do, it is how they survive and how they gain power.

Those who take their marbles and stay home if “their guy” loses aren’t really mature enough for an adult process.

“BUT the important thing is that whoever wins, Republicans and conservatives bury the hatchet over differences and unite to take the seat if possible.”

Are you kidding me? Are you f**king kidding me? You have called TP-ers and conservatives every name in the book, nutjobs, morons, freaks, etc., and that’s just in the past couple weeks.

You are a trip, dude. A complete and total hypocrite.

The good news is you remain the Tea Party’s best salesman, however.

Liar. I’ve said nothing against conservatives, or ACTUAL “Tea Party” people (meaning those arising from the original rallies) at all.

The nuts and usurpers and bomb-throwers, sure, I repeat my invitation to them all to take a walk. And those who line their pockets by using the name, yeah, I spit at the mention of their names.

Sorry if your cock-fighting, privacy-invading, and witchcraft-practicing folk are upset. But you people keep insisting you are NOT Republicans, and yet you keep telling us how to run our party.

You have zero insight, dude. Listen to yourself.

Keep it up though. You’ve got our enlistment drive humming like a top!

Every seat in Congress is important, to be sure. But even if this district flips it still leaves almost 40 seats from CA alone as Democrat. And given how the candidate who could best flip the letter from D to R is the one who is closer to Bera in ideology, I wouldn’t expect that seat to be hugely helpful in voting to make the right changes in the big government behemoth.

Fascinating! I lived in Sacramento in the 90’s. There is a huge Christian “Russian” community there and a very small l”Russian” Jewish community. Good luck to Mr. Birman!