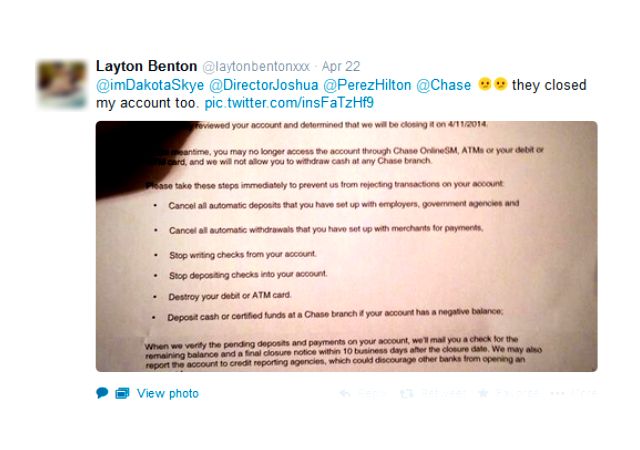 As a Tea Party activist, I am accustomed to the fact that our citizen-based groups are targeted.

So, imagine my surprise at discovering this legal enterprise  is now the target of the Department of Justice.

Under “Operation Choke Point,” the DOJ and its allies are going after legal but subjectively undesirable business ventures by pressuring banks to terminate their bank accounts or refuse their business. The very premise is clearly chilling—the DOJ is coercing private businesses in an attempt to centrally engineer the American marketplace based on it’s own politically biased moral judgements. Targeted business categories so far have included payday lenders, ammunition sales, dating services, purveyors of drug paraphernalia, and online gambling sites.

“Operation Chokepoint is flooding payments companies that provide processing service to those industries with subpoenas, civil investigative demands, and other burdensome and costly legal demands,” wrote Jason Oxman, CEO of the Electronic Transactions Association, at The Hill.

At College Insurrection, we chronicle the disturbing “pornification” of our campuses. But while I despise the business model, it is still a legal business and its participants are not breaking any law. Then how is it that special rules have been put in place that deny an American in good standing the ability to do basic banking?

Chase was closing her account, which was listed under her legal name, as well as the account of her husband.

When Presley went to the bank in person to ask why, she was told it’s because she’s considered “high risk.”

The Department of Justice is only one agency that cops an attitude of moral righteousness when stripping citizens of their assets. George Will recently recounted the use of “civil forfeiture” rules by the IRS to strip the accounts of Terry Dehko and his daughter Sandy Thomas, which were related to the running of their Michigan store:

Sandy, a mother of four, has a master’s degree in urban planning but has worked in the store off and on since she was 12. She remembers, “They just walked into the store” and announced that they had emptied the store’s bank account. The IRS agents believed, or pretended to believe, that Terry and Sandy were or conceivably could be — which is sufficient for the IRS — conducting a criminal enterprise when not selling groceries.

Whenever a situation like this is brought up we have to ask: How would the media react if this had occurred under a Republican administration?

It’s not even hard to map it out.

We would have been subjected to a 24/7 media barrage about ‘old, white Republicans trying to legislate morality they didn’t like’.

They would have written hundreds of sob stories about the struggling performers that were being punished for their ‘life choices’.

But when a corrupt Democrat DOJ does it, crickets are heard.

Whoa! Better get a grant to investigate what’s wrong with it.

At one point in time (and I think it was under a Republican administration or two) IRS agents were not permitted to have any outstanding tax liabilities or discrepancies if they expected to remain employed with the agency. There are legitimate honest IRS agents who have been on the job for decades, but the recent flood of new hires and political appointees have made them duck for cover and count days until retirement (while hopefully collecting information for their tell-all book or the upcoming trials of their former bosses).

And don’t forget, The FCC is now abandoning “Net Neutrality” and will be allowing “Fast Lanes”. If you can have fast lanes, you can have slow lanes, and very slow lanes. Guess what content will be placed there (For our own good of course).

Well, it looks like we’ve come full circle to the original method – lanterns in a belfry.

Cypriot type bank account seizures under the guise of protecting the public from itself?

Most money laundering is done by the federal government – a program called “stimulus”.

Every day brings news of new lows in Americans’ freedoms. This one, like the others, is stunning.

Chase has been at the forefront of this stuff for a few years now. It’s not clear how much of it is at the instigation of the Feds, and how much is pure Chase.

This is another reminder that as a society we no longer value the principles set forth in our Constitution and only view them as a legal matter for when the Government directly infringes on your rights.

I do not know the end result of the current nonsense, but the fake big shots in the DOJ need to be reined in.

One step would be to expose the names of the DOJ officials involved. “Who” is part of the news.

Yes, and the laws need to be changed to ensure the individuals are criminally and civilly liable when they overstep their authority. This “one set of rules for me and another set for thee” crap that these government thugs are so fond of is utter bullshit.

I seem to recall that recently the Feds seized a Bitcoin site.

Every time I read a story like this it makes me think of the guy in Austin, TX who flew his small plane loaded with gas cans into the local IRS building, killing himself on one agent.

I’m not saying that I condone such activities, but it certainly makes me wonder how long it will be before we see other people say “enough!” to these sorts of government tactics and begin to fight back. It could get really, really ugly really fast.

It’s like these government thugs think they are above the law.

Many of them DO, because they are.

And this seems to be a trend, rather than an isolated instance.

Just FYI, a psychologist friend of mine used to administer screening tests to LEO candidates. According to at least one instrument, most of them test as sociopaths.

There is a great big, fat lawsuit waiting to be filed in this kind of matter. When you force someone out in the “cash world”…even temporarily…you expose them to untoward risks. Which may be in intent.

Anton Scalia recently suggested that if taxes got too high perhaps you should revolt. ‘wonder if he thinks that should also apply to too much loss of liberty and freedom?

they are certainly going after some sleazy people, ( eg most prominently Payday Loans ) but even they deserve due process. But some of these are highly questionable.

I disagree. NONE of them are questionable.

A businesses is legitimate or not. Its cachet is something you and your neighbor can whisper about behind your hands (not you, per se…but you get it), but it is either a legal business or it is not, and NO Federal or state LEOs…or para-LEOs…have ANY business messing with them.

This practice is OUTLAW practice, not “questionable” at all.

so it’s OK for the traditional banks to ding people $50-100 bucks a month in overdraft fees, but not ok for a payday lender to charge them short-term interest?

Right, and the laws of economics say they are not…

1. as “obscenely profitable” as they are claimed to be, and

2. nobody would use them if they weren’t of utility to them.

But they are very easy targets to demagogue.

LOL, Paul forget the overdraft fees how about fractional reserve that allows the bank to really earn 40% on your 4% loan. Now you see why credit cards are so lucrative.

So now we have a concrete reason why banks have been dropping such businesses. I’d noticed the stories that have occasionally cropped up.

Let’s get practical. What bank accounts are immune to this?

It’s easier for the Feds to pressure 5 or 6 mega banks than all the 5 or 6 branch ones that used to exist. That’s why they’re letting them merge and bailing them out so they won’t be broken up.

Congress shouldn’t have mandated banks not operate across state lines in the first place.