You probably never heard of this case, because he’s not a major Republican donor. 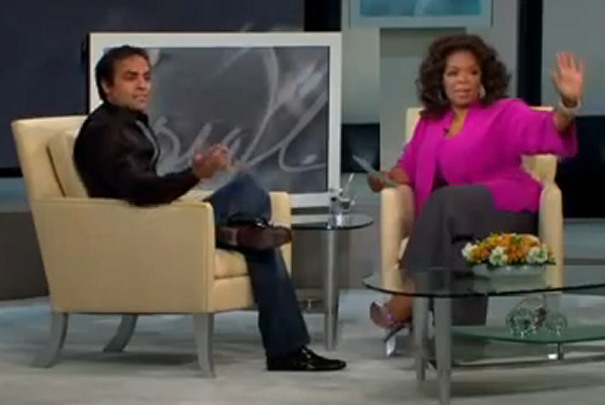 Democrats in politics and media are still beating a constant drum about the GOP’s supposed war on women.

I wonder if any of the Democrats making the rounds on the Sunday news shows this week will be asked to comment on Gurbaksh Chahal, the California high-tech mogul who likes to give Democrats large amounts of money when he isn’t busy beating up his girlfriend.

A high-dollar Obama donor who was caught on video brutally beating his girlfriend got off with 25 hours of community service last week after he pled guilty to domestic battery charges.

CCTV footage caught Gurbaksh Chahal, the CEO of San Francisco tech startup RadiumOne, kicking his girlfriend 117 times, including blows to the head, and trying to smother her with a pillow during a vicious 30-minute assault.

He faced 45 felony charges until the footage was deemed inadmissible. As a result, Chahal has managed to avoid jail time, the Daily Mail reported on Thursday.

According to police reports, Chahal also threated to kill his girlfriend several times…

Chahal’s political contributions indicate more liberal sensibilities. He has donated more than $100,000 since 2011, all of which went the Democratic Party and Democratic candidates.

Those contributions include $81,600 to the Democratic National Committee and $5,000 to President Barack Obama’s reelection campaign.

If Chahal supported Republicans, this story would be front and center on every Sunday news show. Any Republican appearing on TV would be asked for a statement and expected to publicly denounce Chahal’s actions.

Will that happen to Democrats? Stay tuned…

(Featured image: Chahal being interviewed by Oprah Winfrey via YouTube.)

why the hell did the GF drop charges?
he will kill her at some point.

Whether she dropped the charges or not,the state had evidence and should have prosecuted him.

He used his feet on her, instead of the recommended whip no bigger than his pinkie. What threats did he and his make to her and hers to make her withdraw the charges? I doubt he offered her money; likely it was: “if you like your life, you can keep your life” … for now.

after the tape was ruled inadmissible I don’t think they had much except her testimony which they then didn’t get from her.
shes ensured her own demise with him I bet.

And the question is why was the tape ruled inadmissible? Other surveillance vids are, why not thus one? Is it because the thug is a big Dem donor?

I’ve been trying to find out why and have not had any luck, but I also have not had much time.
it does seem odd.

It was Chalal’s own tape from his home surveillance system. Police should have obtained it using a search warrant, but did not. Their excuse was that they thought he would have erased it. Having been involved in a similar crime as a victim myself, I know well how this could have gone down in a way that would have preserved the evidence, and my case also involved a tape recording. In my case, my husband (now ex) was arrested. He was in the custody of police, which meant he was unable to access the house to manipulate any of the evidence. Knowing my case was going to be a major prosecution, the police, even though they had my permission to search our home, did not have permission from my husband. So they told me they wanted to protect the case, and made us wait for a search warrant from a Judge. It was worth it, because there were two evidence hearings in my case trying to get the tape thrown out, but all the evidence stayed in and he was convicted by a jury 2 1/2 yrs after he was arrested. I’m very surprised the police didn’t realize the importance of doing everything very cleanly and anticipating the challenge that would come up. Not very smart.

This stinks just so badly of ‘Cronyism.’ He obviously bought his freedom with ‘Donation clout.’ Rule of law ? We don’t need no stinking, rule of law.Barry 2008
Beat her bad , choking her .Tried to smother her with a pillow . Serious charges on this person , Dropped . Crickets are now the issue . Corrupt media plays to the piper of the land . Just plain wrong .No it’s immorally wrong ! This is not my America any more .

This is the fundamentally transformed America in which the POTUS and his party can rail against the alleged GOP war on women even as the Dems treat women with disdain and their donors physically brutalize us. This is the new America. Welcome to it.

Wow – I guess #RealBeatingWaronWomen has a Democrat owner?

But Democrats walk the you-gotta-be-cruel-117-times-to-be-kind walk.

Most NFL place kickers have to take a rest after a couple dozen kicks.

How did the video get thrown out?

Democrat judge? A judge with skeletons in the closet?

Obama’s ability to intimidate is epic! If he can cow the Chief Justice of the United States how could a lowly jurist resist ?

According to a Daily Mail story, the San Francisco PD had obtained the video without a warrant. This was on top of the girlfriend withdrawing testimony and refusing to cooperate.

If the vid was volunteered, do the cops need a warrant?

If it was “volunteered” by someone who didn’t own the property or the tape, they would still need a warrant.

Usually they could seize the tape to prevent its destruction, then get a warrant based on the witness/victim initial statement. But it seems they neglected to do that.