(Not George) Zimmerman vs. Roseanne Barr

(Not George) Zimmerman vs. Roseanne Barr

Parents claim intentional infliction of emotional distress and unspecified damages due to publication of their home address. 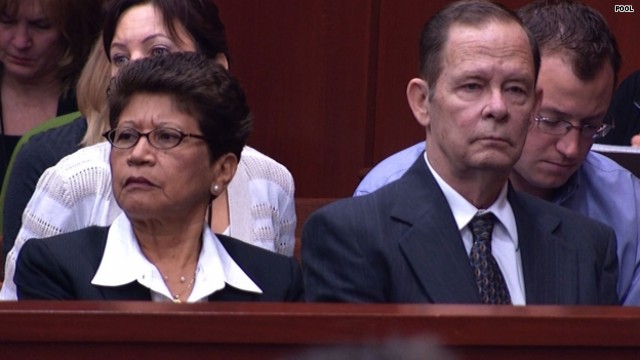 Robert Zimmerman Sr. and Gladys Zimmerman have filed suit against comedienne Roseanne Barr, nearly two years after Barr published their home address on Twitter in the aftermath of their son George Zimmerman Jr.’s killing of Trayvon Martin in self-defense.

(Zimmerman successfully argued at trial that he shot Martin in necessary self-defense,  and he was acquitted by a unanimous jury.)

The Orlando Sentinel reports that the suit, filed in a Florida circuit court, accuses Barr of attempting to incite “a lynch mob to descend” on their home and carry out “vigilante justice.”

Zimmerman’s parents say that Barr’s tweet of their home address compelled them to flee their home in the middle of the night, and they remain unable to return and in hiding for fear of violence.

They also point out that their son George did not live with them, and they had nothing whatever to do with his shooting of Trayvon Martin in self-defense.

The Zimmerman’s note that Barr’s tweeting of their address was not an isolated event on her part.  Rather, she followed up the tweet of their address with additional tweets about them and their son, including one which stated “If Zimmerman isn’t arrested I’ll rt [re-tweet] his address again–maybe go 2 his house myself.”

Their suit accuses Barr of the intentional infliction of emotional distress, and seeks unspecified damages.  Barr, currently living in Hawaii, reportedly had no comment to news of the suit.

Texas generally frowns on “intention infliction” as a cause of action.

But this could provide an exception, and I generally LIKE this lawsuit.

Barr will almost certainly remove it to a Federal court on diversity grounds, which could actually be good for the plaintiffs.

Do you mean Texas or Florida. Florida has some strict criteria.

I meant Texas (my jurisdiction), but Florida is pretty strict, too, from my readings since that post.

Still, I’d say the Barr conduct would jump the bar. (There’s a pun in there…)

boy the bar has been lowered for puns huh??

Barr needs to get meds adjusted by a doctor that knows what he’s doing. Or she could use Micheal Jackson’s former doctor.

Good for the Zimmermans. I hope they win the case. Also, Rosanne Barr is a nut case and needs to be in an institution.

Institution? Why waste a good opportunity? Put her in a side-show or maybe a full-blown zoo (but not a ‘petting’ zoo). I just know she’d be a poo-flinger.

You can bet that, when Barr does respond, it will not be gracious, truthful, remorseful, or in any way appropriate. I hope they win big.

Did anything happen to their house?

Not being a lawyer I will leave aside the legal merits of this particular case. But what happens to the Zimmermans represents two frightening aspects of the hard Left.

The first is the need of many progressives to seek revenge on a person or group of people that is wildly disproportionate to whatever they are charged with. No lynch mob ever had the resources progressives have (media, academia, entertainment). There is something in progressivism that feeds on human terror and suffering.

The second is a near total lack of accountability for the (sometimes criminal) actions of progressives. Ted Kennedy caused the death of a young woman, yet was elected repeatedly to the US Senate and almost became President. William Jefferson Clinton sexually assaulted numerous women and used his official powers to harass and terrorize them, yet he is arguably the most popular living political figure (and would probably be easily elected President again). The banning of DDT because of the unproven ravings of one crackpot scientist caused the deaths of tens of millions of poor people worldwide, yet the environmental movement Rachel Carson spawned is both unapologetic and even more powerful and genocidal than it has ever been.

I seriously doubt that any court will hold Barr responsible for her actions, since all too often Hollywood (like the Obama administration) seem to operate above the law.

Add the Kock Brothers to your list. Here in California advocates for same sex marriage scoured the donor list for Prop 8. They then went onto try to get those people fired from their jobs. Future generations of Catholics who live out their faith will be precluded from advancement in many different professions. In business they ask me questions that on the surface are innocuous, but are really probes to see if I am one of them. To see if I am one of liberally moral. They are just as rigid as their Episcopalian great grandparents in 1920 Boston.

I disagree. I’ve seen both sides (right and left) do it. And they’re both wrong. I hope the Zimmermans win their case and receive a very large settlement.

I hope they break her. She deserves it.

Because in Florida Zimmerman could go to court and get protection from civil liability due to self defense, so the probability of the suit actually going anywhere is zero.

From what I gather, he’s already considering an EO to declare that the cow did, in fact, jump over the moon. Meanwhile, Eric Holder is hitting the dog with a gag order and has the FBI looking for the dish and the spoon.

Obama’s powers are endless.. as long as we let him steal them.

WE? What the hell can WE do? WE don’t have “standing”. WE can’t do anything but wait.

After the not-guilty verdict, Martin’s family is precluded from seeking civil damages.

The Homeowners Association reportedly settled with the family for an undisclosed sum.

The HOA’s Insurance company settled. If you remember when they settled was during the biggest part of the race baiting parade when anything you heard on the MSM was that this was a white hate crime against a innocent black youth. So I am sure Crump, Sharpton and crew helped the Martin’s intimidate their way into at least half a mil.

“After the not-guilty verdict, Martin’s family is precluded from seeking civil damages.”

Technically this is not correct, the acquittal does NOT automatically trigger immunity.

Immunity is triggered if a court finds after a self-defense immunity hearing that it was more likely than not that the user of force acted in lawful self-defense.

An acquittal requires only that the jurors had some reasonable doubt that it could have been self-defense–far less than “more likely than not.”

So one could easily win an acquittal based on self-defense and still not qualify for immunity. Self-defense immunity isn’t intended for the borderline cases, but for the cases where it’s pretty clear it was genuine self-defense.

If George wants actual self-defense immunity he will need to request a court hearing for that purpose.

That said, given the facts in his case, the prospects for receiving immunity, if sought, are approximately 100%.

Also because Zimmerman doesn’t have any money, and because the parents reportedly already received a settlement from the only deep-pocket defendant (the apartment complex’ insurer) they could sue.

Yea, I bet the insurer is wishing they had waited to pay.

Speaking of EO, I heard on Bill O’Reilly last night that Obama is going to sign an EO that ORDERS businesses to pay white collar workers overtime.

Is that proof of an imperial presidency or what?

I also heard that the name of EOs are going to be changed to “royal decrees.”

Didn’t Spike Lee tweet out their address, too? Or was that another unfortunate Zimmerman family who were victimized by the idiocy of Hollyweird?

That was some random people to whom he did that. He paid them a pittance to try to make it go away when it first happened and I think they have recently filed a suit against him now for some $real$ compensation.

If Zimmerman’s parents win this lawsuit, does it set legal precedent for Zimmerman to win a suit against Spike Lee?

And we’ve yet to comment on Sharpton, Jackson and the NBP who publicly placed a bounty for Zimmerman’s murder; which is 100% illegal and was entirely ignored by the DoJ.

I have to believe that it was a credit to the American people that someone wasn’t incited to accept the challenge.