Wasn’t he once the great Republican hope? The kinda guy DC Republicans could do business with? 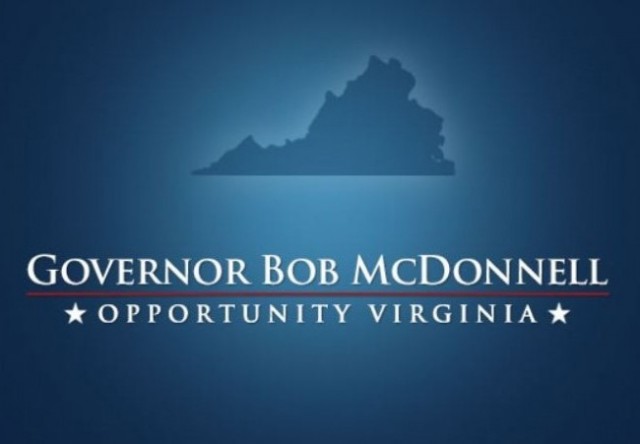 The two were charged in connection with their relationship with dietary supplement executive Jonnie R. Williams Sr.

In exchange, they alleged the McDonnells worked in concert to lend the prestige of the governorship to Williams’s struggling company, a small former cigarette manufacturer that now sells dietary supplements.

Update:  Here is the Indictment (full embed at bottom of post): 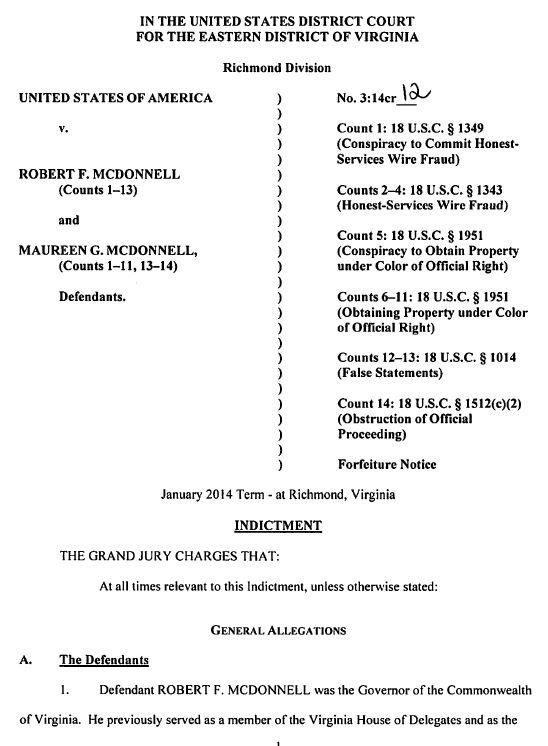 If party affiliation is omitted in the WaPo – then he’s a Democrat.

I’m going to start giving media credit for not naming the party when it is a Democrat.

Just like when they don’t name the race in the knock out game.

We know who it is by default and they only need to specify it when it errs from societal norms.

This is going to prove, from what I’ve read and gathered about this case, to be a witch hunt against a Republican to besmirch his character, taking him out of the “running” for higher office.

SOP for this DemocRAT Party, the party of thugs and lying crooks who live, breathe, and consume Alinsky tactics, following in the “Master’s” example (see Obama – every election he’s ever won…..).

I wonder if this is going to be similar to Senator Stevens case in Alaska, or like the witch hunter that went after Tom Delay in Texas…both of whom were ultimately exonerated and the prosecutors were the bad guys.

Virginia does have some apparently loose gift regulations, still, I wish McDonnell hadn’t fallen into this.

Corruption is corruption. The difference is, Democrats get away with it, because Democrats place party affiliation over competence and character.

People use to take pride in saying, “I’m a yellow-dog Democrat” which meant that the person would vote for a yellow dog, if he ran as a Democrat.

Then the Democratic Party started running yellow dogs as candidates.

It’s funny that McDonnell gets prosecuted for taking gifts from a successful businessman, while McAuliffe walked away with millions as companies failed a couple of time, and bilked investors a couple other times, and gets elected Governor.

Actually there is a logical reason and that is because McDonnell is a Republican and McAuliffe is a well connected Democrat, you know?

Well, we’ll see what happens. The problem is there have been so many manufactured prosecutions that you never really know until after the case has been very resolved.

Can’t trust anything that Tyrant Obama’s storm troopers do. Holder would kill is mother for Tyrant Obama. There is no limit to what he would do to one of the Tyrant’s enemies.