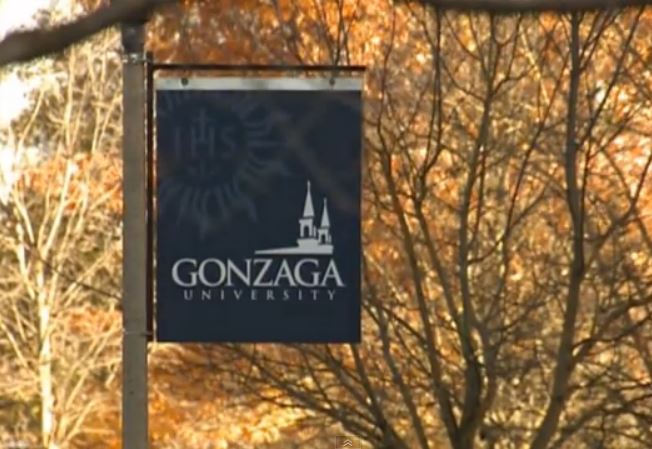 We previously covered the plight of two Gonzaga University students who were threatened with expulsion for brandishing a licensed handgun in an off-campus, university-owned residence when a convicted felon tried to break into their apartment. Eventually they were placed on probation.

Legal Insurrection reader Mike, who is from Washington State, forwarded me a Letter to the Editor of the Gonzaga Bulletin written by Fr. Patrick Hartin.

Fr. Hartin is Professor of Religious Studies at Gonzaga, and an ordained priest of the Diocese of Spokane, Washington.  Prior to 1994 he was affiliated with the Diocese of Johannesburg, South Africa:

“Since grade school, I have been struck with concern about solidarity with the poor and less fortunate,” he said. “I was 10 when apartheid took over Anglican and Catholic schools so the education system would keep blacks subservient. Our bishop refused to hand over the Catholic schools and ran them on collections from parishes until 1994. 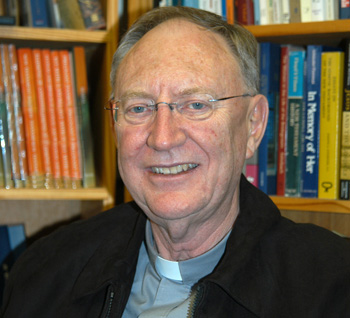 In the Letter to the Editor, Fr. Hartin supported the student’s inherent right to defend themselves and harshly criticized the Gonzaga administration’s treatment of the students (emphasis added):

After reading the Bulletin Friday morning, I’m convinced that I’m living in Alice’s Wonderland! Instead, it’s no “Wonderland” – more like Dante’s “Hell”! ….

To protect themselves and others in the neighborhood, the students defended themselves by pulling out a gun (one with a legal permit). Then the students called the police (as any law-abiding GU student would), informing them they had a legal gun with a permit. The police congratulated them on their whole mature behavior and response to this incident. There, the incident should have ended (if we were in the real world).

But, we enter GU’s “Wonderland” or Dante’s “Hell.” 2:00 a.m. next morning: GU’s campus security breaks into the students’ apartment and their bedrooms and seizes their weapons…. Tragically, in GU’s “Wonderland,” these young gentlemen are turned from victims into criminals….

What about the cura personalis that is the bedrock of GU’s ethos? We could have been mourning “Two funerals and a rape” this weekend. Instead, the heroes who avoided such a catastrophe are punished as villains. What a far cry from our Jesuit ethos!

In the Catholic tradition, to which I ascribe, every person has a right to defend him or herself and to use appropriate means to save their lives.

Fr. Hartin said that it was “not a gun issue” to him, more of an issue of the inherent right “to use appropriate means” to defend oneself, and in this case he said “using a gun was perfectly legitimate.”

A Daniel! A veritable Daniel at Gonzaga!

I’m sure his Bishop will be calling him in for a chat and to hand him his ticket to the re-education camp.

I don’t recall the US Conference of Bishops standing shoulder to shoulder with the NRA last year when the gun bill was being debated.
They’re not as conservative as you think, especially those with SJ after their name.

Spokane has a lot of conservative Catholics. It’s also home to a group at Mount Saint Michael (a former Jesuit school and not at all affiliated with the diocese or Gonzaga) that is so traditional they say Mass only in Latin and think all popes since John XXIII have been heretics (sedevacantists).

Catholic Church has long said we have a right to defend our lives. If you listen to Catholic radio, the Church is going our way.

To repeat a point I once read : If a fire breaks out and there are no fire extinguishers, then “heads are going to roll.”

If violence breaks out and there are no guns, it’s a tragedy and we must continue to ban guns.

That, to me, is very much like saying that the fire that broke out and killed 6 students was a tragedy. We must continue to ban fire extinguishers on campus.

I would have done the exact same thing as those students did and when the college took action as they did, gleefully would have gotten on the phone with the NRA and began the process for a lawsuit.

I, as a citizen, would certainly not appreciate a constitutional and self-evident right being infringed upon.

Reminds me of the story about the man who waited on his roof during a flood. 3 rescue boats came by and offered help, he politely refused because he knew God would save him. Eventually, the man drowned and when he arrived in Heaven, he asked God why he had failed him. God asked him why he had refused the 3 lifeboats he had sent to rescue him.

Flashback to this time last year…. A priest and a rabbi walk into a firearms shop….. God demands that we have faith, not that we surrender our common sense.

The West Virginia version of that story has a 4 wheel drive when the water is just starting to rise, a boat when it gets deeper and a helicopter when he’s forced onto the roof.

We used to get a lot of floods there when I was growing up.

Fr. Hartin seems to be a logical thinker.

How’d he slip by the guards at the college gates?

Beyond the gun issue, what about the 4th Amendment rights? Campus police couldn’t have had a search warrant for the gun, since the real police had already acknowledged it was permitted.

Even though the University owned the apartment building, they cannot enter by force in the middle of the night to sieze anything without a warrant. Not sure about how it works ON campus, but this was OFF.

“…2:00 a.m. next morning: GU’s campus security breaks into the students’ apartment and their bedrooms and seizes their weapons…”

My response: Is campus security completely insane? If indeed they have a search warrent to seize the firearms in the apartment, “breaking” in is both stupid and reckless action by law enforcement officers, designed to maximize the possibility of getting an officer or student killed. After all, the students in question were recent victems of an assault in which they had to produce a gun to discourage the assailant, and now the officers are going to “break” into an apartment where they could easily have the apartment manager simply open the door, at 2AM of all the stupid hours, to serve a simple warrent. All they were missing was a SWAT team rapelling down the side of the building, going “Hup, hup, hup.”

All they were missing was a SWAT team rapelling down the side of the building, going “Hup, hup, hup.”

Are we certain they didn’t?

This Fr. Hartin guy–I like the cut of his jib.

Interesting. In the “wonderland” of Political Correctness, the correct outcome should have been for the two students to accept their fate, and allow themselves to be at the mercy of a violent felon, rather than comply with the “Gun Free” policies of Academia.

Yes. And George Zimmerman should have just taken his beating from Travon. The penalty one pays for White (Hispanic) Privilege.