This will be a continuation of the photos after the first post, National Empty Chair Day (photos from around country), became too long.

There are so many submissions it may be a while before you see yours.

Here’s Drudge — totally crashed LI, so he relinked to Twitter right around the time we solved the problem.  Oh well.

Outside Insurrection HQ in Ithaca: 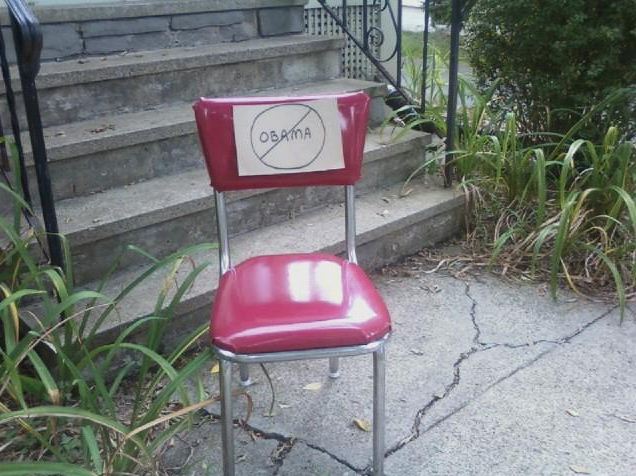 From Eva in Wilmette, IL: 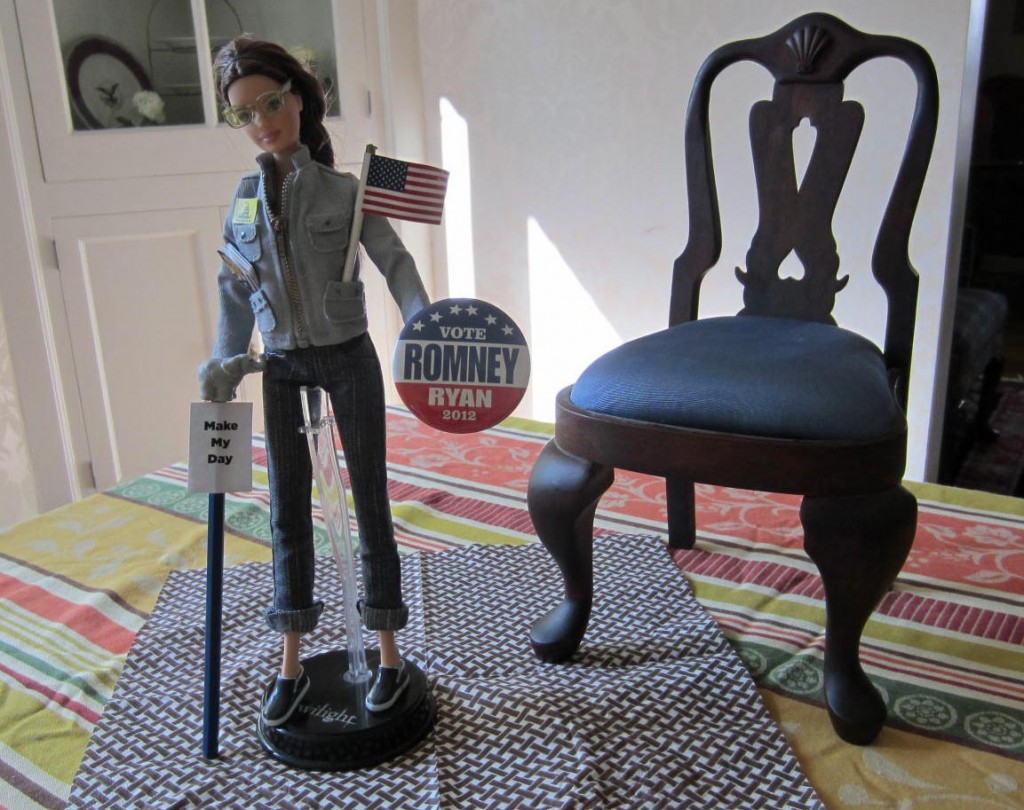 Leslie Eastman, who is part of the College Insurrection team, submits this photo and also is collecting links at her blog: 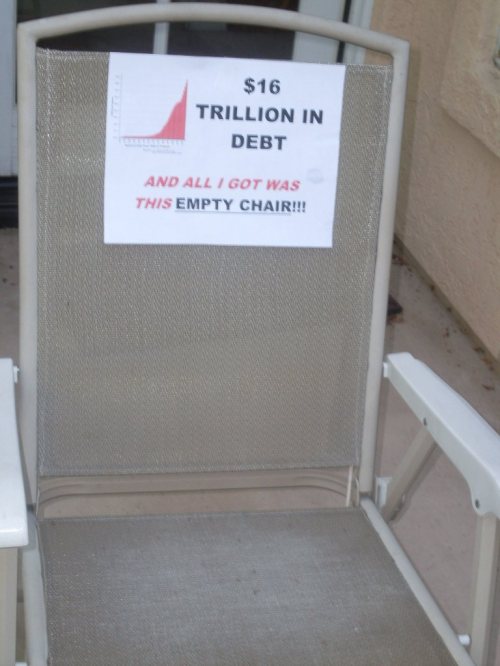 From Georgane in Summerville, SC: 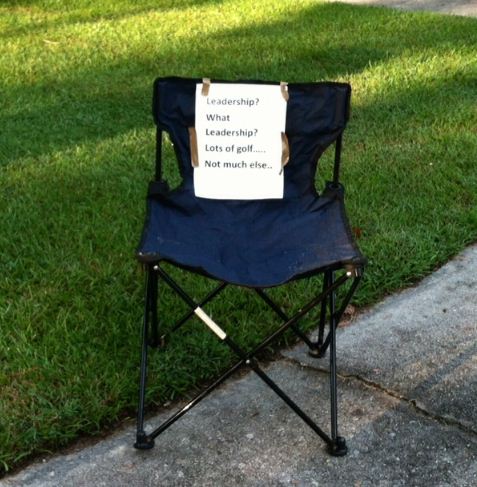 From Kahne in Houston, who writes:

Beignet the Pug is trying to tell the empty suit that her Mommy really would like a more favorable environment to build buildings, because she is an Architect and this has been the worst year in her career.

Houston’s unemployment rate is lower than the rest of the country, but has inched up over the last year. This photo is taken in my front yard, in the most liberal part of Houston, the Museum District, where I have the ONLY Romney bumper stickers on my car in my ‘hood’ (I have several neighbors that felt My car would be damaged because of the bumper stickers and they cower in their beliefs!) because I live in the artsy part of town, I’m sure that those passers-by my house will certainly “get” this as it is abstract Art!

LOL…..I love your sites and am an avid follower! Keep up the good work! 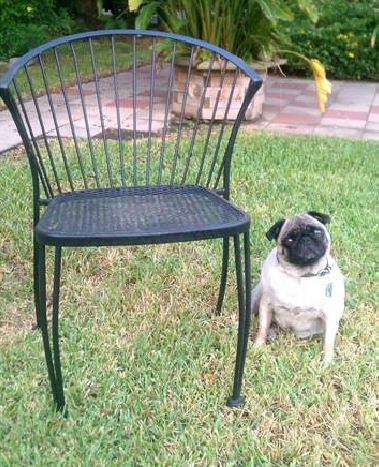 From Anne in Ridley Park, PA, who says “he doesn’t sit here.” 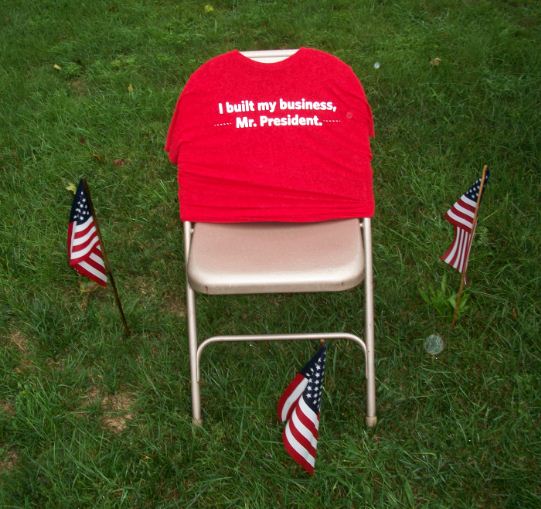 From commenter DINORightMarie in VA, her dog Jack and the chair: “the sign has a Romney Ryan 2012 image, the Branco Cartoon in center, and the Clint Eastwood quote at the bottom, from Sandy’s sign.” 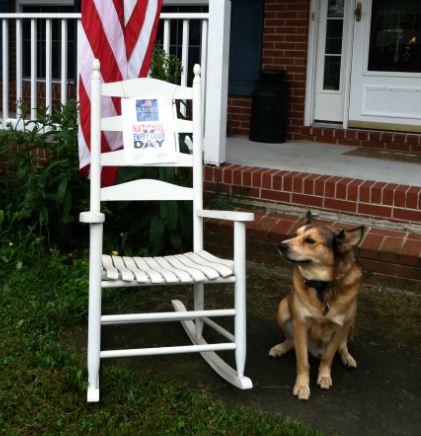 From Charles on Amelia Island, FL: 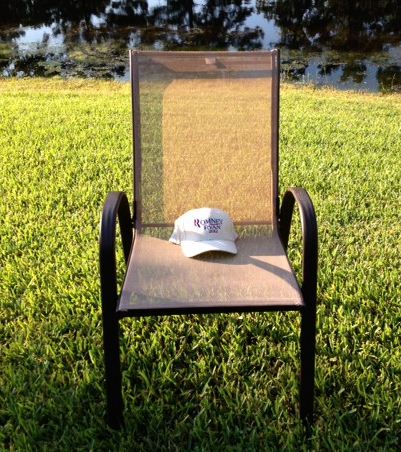 From Paul near Jacksonville, FL, who writes: “Dear President, your throne awaits you…..NOT!” 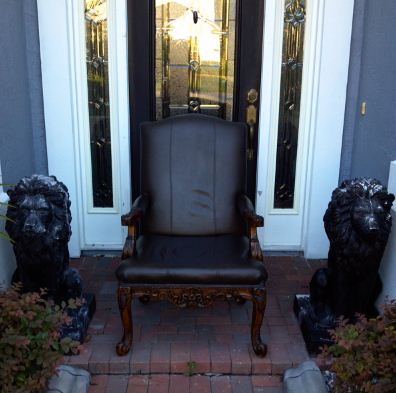 From Scott in Tallinn, Estonia, who writes: “President Obama and I had a fireside chat today over lunch about his foreign policy mistakes. I think he was trying to speak Austrian.” 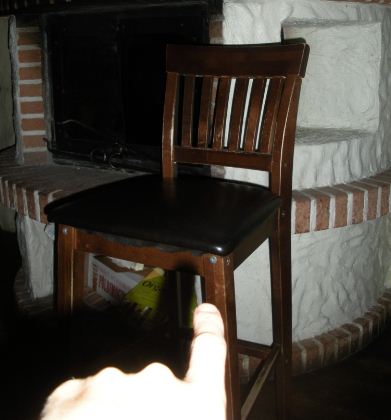 From Russell in Highlands Ranch, CO (I really like the colors in this): 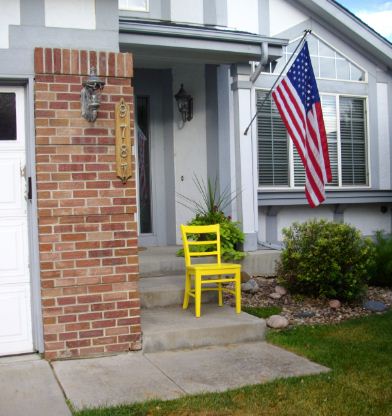 From Phillip in Lillington, NC: 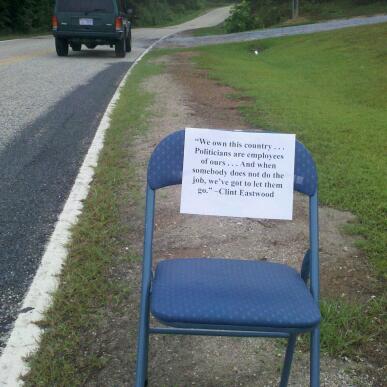 From Steve in Maumee, OH: 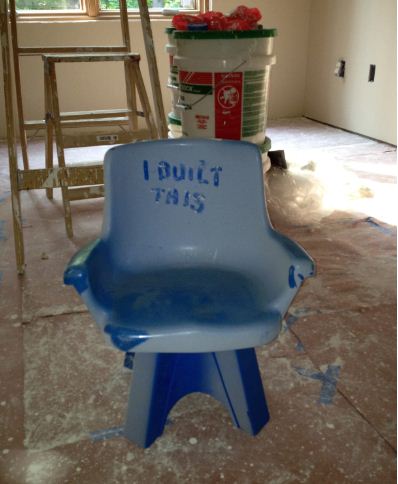 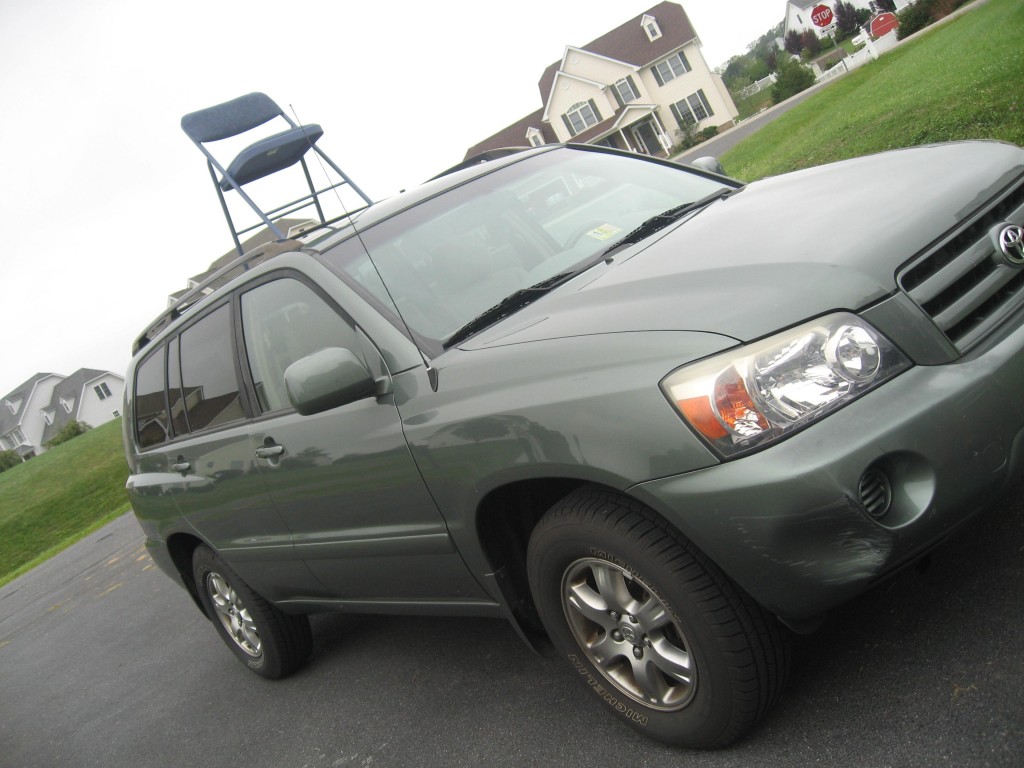 Michelle in Bozeman, MT, writes: “My high school senior put out this chair and snapped a picture of it for you.” 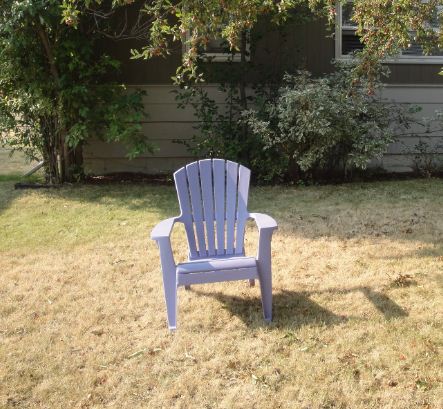 From Carolyn in Virginia Beach, a photo she calls “An empty suit in an empty chair” 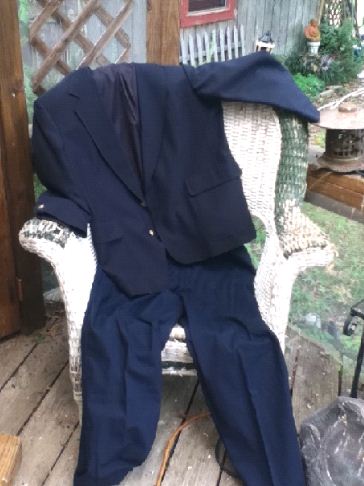 Juli in Ontario, California sent this close up, so that we were sure to see the text: 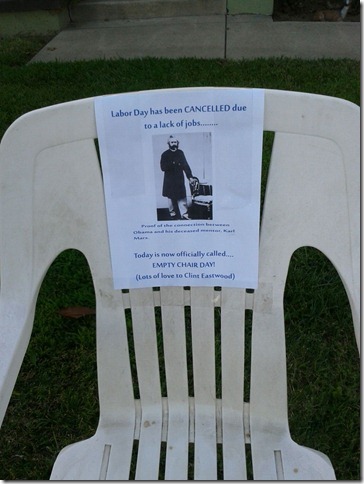 (to Empty Chair) Who?

As an Upholsterer you can see pictures of chairs i’ve done at secondwindupholstery.com

I live within a 15-minute drive of President Reagan’s old house in Pacific Palisades, about the same distance to one of Clint Eastwoods’ houses, in Bel Air, and a 5-minute drive to Roseanne’s house in Brentwood.

I had some cool ideas for pictures with empty chairs in front of those houses.

No more subs? Too bad. I put mine up on FB, though:

In fairness, they are ALL well done! : )

Haha – that car with a chair on the roof! Loves.

I had intended to send in my pics last night, but as you require real first names/town, I thought I’d better not. Being one of those micro-bloggers who has gotten numerous crazy threats, I stay fairly anonymous. Safety first.

But I am LOVING the pics you are posting Professor. I’ll pop a link to the post on my blog where my own Empty Seat contribution photo is (since I won’t make your cut per the rules), and if you get a chance, have a look.
http://myveryownpointofview.wordpress.com/2012/09/02/take-a-hint-from-clint-monday-is-empty-chair-day/

Thanks to the LI team for taking the time to put this together. It has to have been a lot of work resizing the flood of photos. It’s been a real hoot and you should be proud: National Empty Chair Day is now the top story at DrudgeReport.

You can be sure whatever “surprise” the Democrats have in mind for their convention will surpass Eastwood’s Empty Chair routine. That will be the media’s challenge, and you can rest assured they will be up to the task. Clumsily, but up to it.

Darn! No more submissions.
My empty chair sat by a moving van.

So many great pics. The yellow chair is brilliant, and the one on top of the car is pretty good too.

I didn’t build this chair, somebody else made that happen.

I have two words for that, LHC….

[…] Legal Insurrection had the most comprehensive collection, including these… […]

[…] A. Kline of Accuracy in Academia reports that the reaction to Clint Eastwood’s RNC speech and theensuing hilarity was completely misunderstood by liberal academics. –Read The Rest […]